Unlike the original Pixel and Pixel XL phones, Google has decided to impose a limit on how many videos and photos you can snap from your Pixel 2 or Pixel 2 XL and keep in the cloud as-is.

While users can store any photo or video onto Google Photos for free, that’s only with downsampling down to 16 megapixels or 1080p and then some level of compression. Anything more than that and it’ll count toward users’ Google Drive storage. The big exception has been with the last Nexus phones and the first Pixel phones where they were able to back up media at original quality.

The case is the same with the Pixel 2, but unlike the other devices where that privilege was extended to perpetuity, this is only until 2021 — three full years, just as long as the software support lasts. From 2021, backups will drop down to high quality. All media uploaded up to that point will remain at original quality and will not count against Drive storage.

Still, free backups are free backups — better than Apple’s nothingburger. And Google is probably betting on consumers to move on after that point. Not to mention that Google Photos does very light work on its processing algorithms. It’s understandable, though, to not help but sulk when we’ve been spoiled for so long. 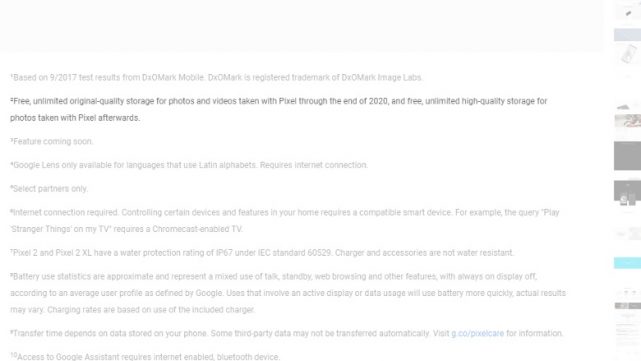 Today, we get to see some more leaks of the upcoming Apple iPhone 13 series, the Apple Watch Series 7, and the AirPods 3 ahead of the official announcement.

The iPhone 13 Pro and iPhone 13 Pro Max are the most advanced flagships from Apple yet. It has 120Hz ProMotion display, a smaller notch and A15 Bionic.
YouTube 1.8M
Facebook 570K
Twitter 197K
Instagram 133K
RSS