What is LiFi and why you should care: the next generation light-based WiFi

WiFi is great, but the wireless spectrum is getting awfully crowded. What if we could use the visible spectrum instead? We could, and it’s called LiFi.
Published 01 December 2015, 20:19 EST

Over the years, WiFi has become an integral part of our lives. It saves us from data overages and often provides us with data where cellular signals don’t reach. Currently WiFi is fairly limited in its spectrum, utilizing mainly 2.4GHz and 5GHz. Each flavor of WiFi has its own benefits as well as disadvantages, but it’s becoming increasingly difficult for WiFi as more devices use the already crowded spectrum. What we need is more spectrum, but that gets into an international quagmire of competing standards and restrictions. What we need is spectrum that’s universally unlicensed. That solution could be LiFi, and its a lot closer that you might imagine

LiFi, in its most simple terms, is WiFi using light instead of radio waves. It sounds crazy, and to a certain extent it is – until you realize that light is just another set of frequencies in the electromagnetic spectrum.

Over on the left side of the EM spectrum are radio waves and microwaves. The longer the wave is, the further it can travel – but the less data can be carried on the wave.

Over on the right side of the EM spectrum are x-rays and gamma rays – those are the kind that do all sorts of damage to the human body.

Smack-dab in the middle is the visible light spectrum – the colors that we see with our own eyes. The wavelength of light is pretty short, which means it doesn’t travel as far as radio waves and microwaves and doesn’t have the ability to penetrate walls and other obstacles, but it also means that it can carry a lot of data.

How does LiFi work? First off, the technology is currently called SIM OFDM. How it works is similar to how the Infrared emitter works in the remote control for your television. Digital data is converted into a series of light pulses that are then received by a “detector” and converted back into digital data. Infrared emitters are pretty slow, relatively speaking, and use the invisible light spectrum.

What LiFi aims to do is use the entire visible light spectrum to transmit data. Just like IR, LiFi will do this by turning the light off and on again at high speeds – and on various frequencies (or “colors”) – thousands of colors operating in parallel. 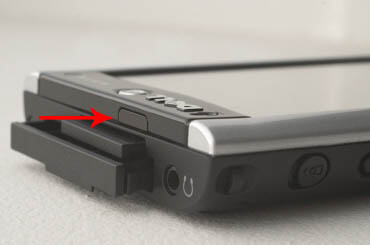 Regular incandescent and even fluorescent lights can’t be switched off and on fast enough to make this work. LEDs, however, are ideal. By adding a small circuit board into an LED lightbulb, almost any light socket can be turned into a LiFi access point.

That’s the transmitting side. The receiving side could be your computer, monitor, TV, tablet, or smartphone. All it needs is a receiver, just like the one built into your TV to receive the input from your remote control – similar to the IrDA ports that are on some of today’s smartphones (and most of yesteryear’s PDAs).

Most current smartphones have an ambient light sensor on the front, which could be replaced by a multi-function receiver, or a separate receiver could be added, or the device’s front-facing camera could theoretically be used to receive the LiFi signal. 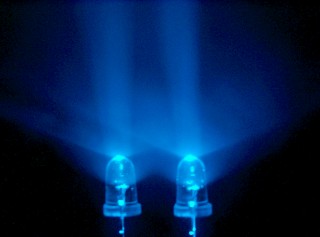 With all those lights blinking off and on all the time, won’t we all go nuts? Thankfully, the “blinking” can be done much more rapidly than the human eye can detect. Many LEDs today even switch off-and-on rapidly to save energy and reduce heat, especially those found in flashlights.

Does the light need to be “on” to work? Yes, but the output of the LED module(s) can be reduced very low, so low that the human eye will register the light as being “off”.

No, LiFi isn’t available today, but the rate at which it’s progressing is promising. We may be getting data via the lights we use every day in the not too distant future.