Life On A Dying Network (Part 1)

Sprint has recently taken the first concrete steps toward obsoleting the iDEN network: it’s begun decommissioning the cell sites that provided excess Nextel coverage that’s no longer needed, and it’s stopped iDEN device sales. This gives us the unique opportunity to experience the shutdown of a nationwide network at the subscriber level.
Published 29 May 2012, 08:35 EDTUpdated 05 July 2012, 14:01 EDT

Right now, I’m on a ferry, heading back home from a holiday weekend. My Samsung Galaxy Nexus sits on the duffel bag at my feet, providing a wireless hotspot for my Macbook (3G only out here on the open water; even Verizon Wireless has its limitations). It’s also streaming an instrumental playlist of “writing music” to the bluetooth headphones on my head, and it beeps dutifully every few minutes, letting me know about a friend’s Foursquare check-in or Facebook update, or some such. It does all this while maintaining a relatively small footprint, and presenting a fairly attractive appearance. Even half a year after its release, it’s still one of the most advanced smartphones on the market.

Clipped onto my belt, though, is quite a different device. This one is monstrous, thick as a hockey puck and weighing about as much. Its design is so ancient as to be almost alien, with piano black ABS, chrome-plated metal, and faux-brushed-aluminum banding together to form a symphony of antique bravado. Its casing is chipped and scratched, bearing the scars of dutifully answering the call of hard work, year after year. Every few seconds, a green light on its side flashes to assure me it’s connected to the network.

That network is a system of thousands of cell sites and operations centers stretching across the entire United States, providing coverage to over six million subscribers. It’s a lot like the LTE and CDMA networks my Galaxy Nexus is talking to. But that’s where the similarity ends. This network is a Motorola-designed-and-built creation that started life as a lab experiment over twenty years ago, and grew into one of the most specialized wireless platforms ever built. It’s called iDEN -Integrated Digital Enhanced Network- and it recently started its long, slow march into oblivion. 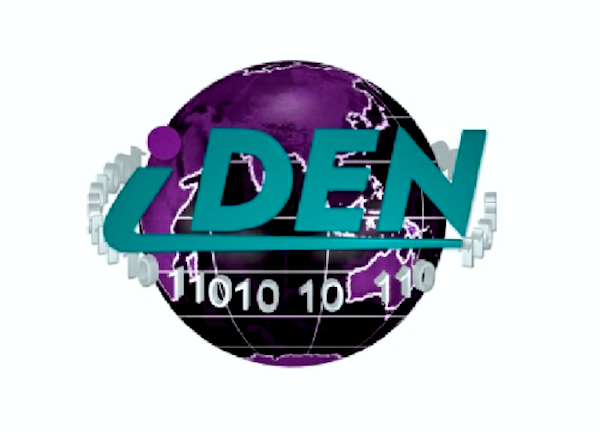 Of course, those six million iDEN subscribers are peanuts compared to every other significant wireless carrier in the United States; even the country’s smallest national provider, T-Mobile USA, serves over 30 million customers. But at one time, America’s nationwide iDEN network enjoyed a much larger userbase.

You’ve likely laid ears on the telltale trademarks of iDEN before, even if you don’t recognize the brand name, and even if you don’t live in the United States (iDEN networks operate in over twenty countries around the world). For most people, the giveaway is the distinctive “chirp” sound, the talk-permit tone that highlights iDEN’s most unique feature: trunked dispatch communication. Also known as push-to-talk, Direct Connect, or most commonly: walkie-talkie.

In America, that distinctive chirp sound was made famous by a company called Nextel. Formerly known as Fleet Call, a company that sold dispatch radio services to taxi companies, Nextel Communications grew to national size over the course of a decade by buying SMR licenses and spectrum from smaller two-way radio service operators. Nextel’s technology more efficiently used available spectrum than the analog two-way radio systems then being used by many smaller operators. By purchasing frequencies that were already in use and utilizing them to their full potential with digital systems, Nextel was able to sidestep much of the regulatory hassle that plagued its competitors as they petitioned for access to various blocks of spectrum. When it added interconnect (phone call) ability to the existing push-to-talk architecture, Nextel officially became a bona fide wireless carrier. But because it was a carrier that didn’t operate in the same spectrum as the others, the U.S. Federal Communications Commission didn’t place it in the same category. As a result, Nextel got a few breaks that helped immensely with its early growth.

The TDMA-based iDEN network that Nextel would eventually make famous was a remarkably advanced piece of engineering when rolled out nationally in 1997, but the services it provided were very easy to put plainly. Once Nextel secured its nationwide specialized mobile radio licenses and partnered closely with Motorola to provide equipment, its advertising began to reflect this.

All Nextel phones were digital, and only digital. Customers either had service or no service; roaming onto other networks was impossible (and therefore no danger of spending hundreds of dollars on high roaming rates existed). Additionally, all Nextel phones offered four core capabilities: interconnect (voice) calling, Direct Connect walkie-talkie (later expanded to nationwide availability), text and numeric paging, and wireless internet access.

Nextel, ever the scrappy underdog, was able to leverage the push-to-talk capability of its handset portfolio in a creative way. While the industry-leading two-way radio communication iDEN provided would always be an easy sell to business users, Nextel found a means to make it appealing to the average consumer, as well: it held out Direct Connect as a cheaper, quicker alternative to the phone call. Customers tired of rationing voice minutes in the era before mobile-to-mobile flocked to the carrier, and by 2004, Nextel boasted over 20 million customers.

The problem: the iDEN network driving all of that growth was also buckling under the strain of it. Nextel had oversold itself, possibly in a bid to be purchased so it wouldn’t have to bear the financial burden of replacing its nationwide network with a more modern alternative (iDEN having no upgrade path in 2004). And that’s exactly what happened: Sprint announced its intention to purchase Nextel in late 2004, and the deal closed the following year.

What followed the $35 billion “merger of equals” was a years-long struggle not just to fulfill the combined company’s potential, but just to stay afloat- a drama that still plays out to this day. Much has already been written about this failed attempt by the joined companies to create a new wireless superpower. One of the drivers of the failure, though, was tied directly to the network I’m focused on today. Stuck between a rock and a hard place, hamstrung by the inability of CDMA to replicate iDEN’s push-to-talk performance, Sprint was forced to operate two incompatible nationwide networks side-by-side for far longer than was financially ideal.

That nightmare is slowly coming to an end, with Sprint recently announcing network upgrade plans that will see the iDEN network decommissioned, its valuable 800MHz real estate reassigned for Sprint’s more spectrum-efficient CDMA service. Those who choose to stay with Sprint will see their PTT needs met by Sprint’s CDMA Direct Connect Offering.

Starting 5/18/12, iDEN devices will be completely removed from Telesales, Sprint.com, Consumer Care, SWAC and Sprint Retail Stores. After Friday, the only place to purchase an iDEN device will be a 3rd Party retail store that carries Boost Mobile devices … Also, as of 7/4/12, no more iDEN activations will be allowed in the system. So those that have an iDEN phone activated before then can use it until next summer, but after that it’s bye-bye-bye.

Sprint now offers a website for tracking when iDEN network sites in particular markets are being shut down. While it stresses that the current round of shutdowns covers “excess capacity” sites only, and that “in 2012, these activities will NOT shutdown the Nextel National Network,” it’s admitted in other statements that this is a prelude to a total network shutdown as it transitions customers to CDMA. 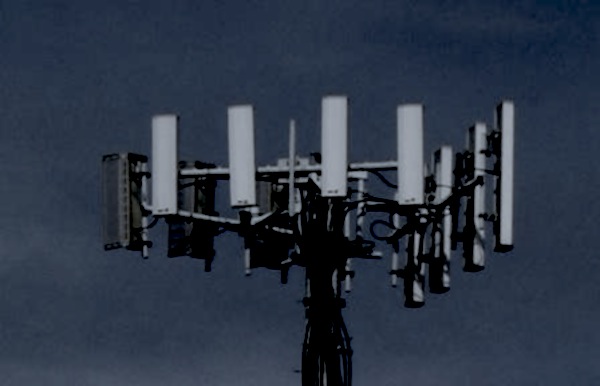 Remember what I said before about iDEN devices being single-purpose devices; they can’t roam on non-iDEN networks. This gives us the unique opportunity to experience the shutdown of a nationwide network at the subscriber level. The last time such an opportunity existed in America was during the “great analog shutdown” of 2008.

So over the course of iDEN’s retirement, I’ll keep my Nextel devices active, engaging in the occasional PTT call and loading the occasional webpage, enjoying unparalleled bandwidth luxury as more and more subscribers move off the network, until eventually counting up the various error codes and loss-of-service incidents until someone, somewhere pulls the final plug. It’ll probably be at midnight local time on some night about a year from now, and I’ll pour a little out for the twenty-year-old network that helped define America’s wireless reality.

Until then, though, I’ll be watching the blinking green light. If you have any questions or requests for experiments or network tests, let me know in the comments or via the contact form on my author page. In the meantime, watch for future dispatches from life on a dying network.

Black Friday is gone, but we are still getting some amazing discounts on some of the…

Black Friday is still giving us crazy deals, and we have selected some of the best…

Looking to buy a gaming laptop, but can't find a bargain? We've rounded up the best…