Learn more about a possible LG Watch Urbane Luxe edition in the works, even though we thought things couldn’t get more elegant than with Watch Urbane.
Published 17 June 2015, 22:05 EDT

LG clearly got the memo about how badly designed the original LG G Watch was a few months ago, up to the point of launching the G Watch R very shortly after. Obviously it’s hard to compete with the elegance of devices like the Moto 360, and LG decided to give it a shot. Just when you thought that LG couldn’t improve on all the elegance of the Watch Urbane, or the added functionality of the Watch Urbane LTE, it seems the company is just getting started.

We’ve got what seems to be a new trademark filing for an LG Watch Urbane Luxe in the works. We say “seems” because we’re having a hard time tracking that trademark, but if true, then we’re clearly up for a new unit. The word Luxe is commonly used for products that are deluxe versions of existing products, and even though we thought that Watch Urbane served that purpose, it seems it isn’t. Sadly the documents don’t provide any details as to what to expect, but given how close we are to IFA, it does make sense for LG to keep us on the edge of our seats, and even more with Samsung’s rumored Orbis project.

IFA 2015 could be the spotlight for this new product, and we’ll keep a close eye. We’ll also update this post as soon as we can track the source. 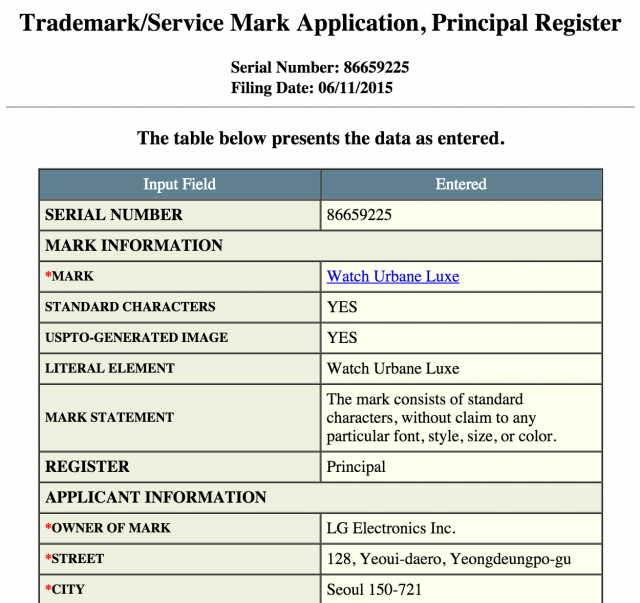 The US FCC documents reveal a 45mm Stainless Steel case on the next-gen Galaxy Watch Active, alongside an MIL-STD-810G build and 5ATM rating.

The CatchUp app from Facebook’s NPE division only allows voice calls, but it is currently being tested in the US for a limited time on Android and iOS.
YouTube 1.8M
Facebook 569K
Twitter 196K
Instagram 133K
RSS