This new phablet has all the consumer facets with big sound and a big display, but it also brings triple simultaneous shooting with its main cameras.

When LG decided to target big-time multimedia consumers and creators with one phone, it took a lot of buy-in to convince people that a big tank of a phone would suit their needs. Last year, durability joined refinement with a new glass-based design language.

The V40 ThinQ carries on its lineage by providing the largest and, on paper, best display the company offers on smartphones, all the while delivering on a full range of cameras, audio solutions and other aspects that a day-to-day smartphone requires.

Let’s talk cameras first. There are three rear cameras with the main one being a 12-megapixel sensor with f/1.5 aperture. It’s the most capable of the bunch as pixel sizes have increased by 40 percent from the V30 to 1.4 microns. Another 12-megapixel unit telescopes in from there with a fixed 2x view with 1 micron pixels. Going back out, we’ve got a 16-megapixel wide-angle camera to boot. 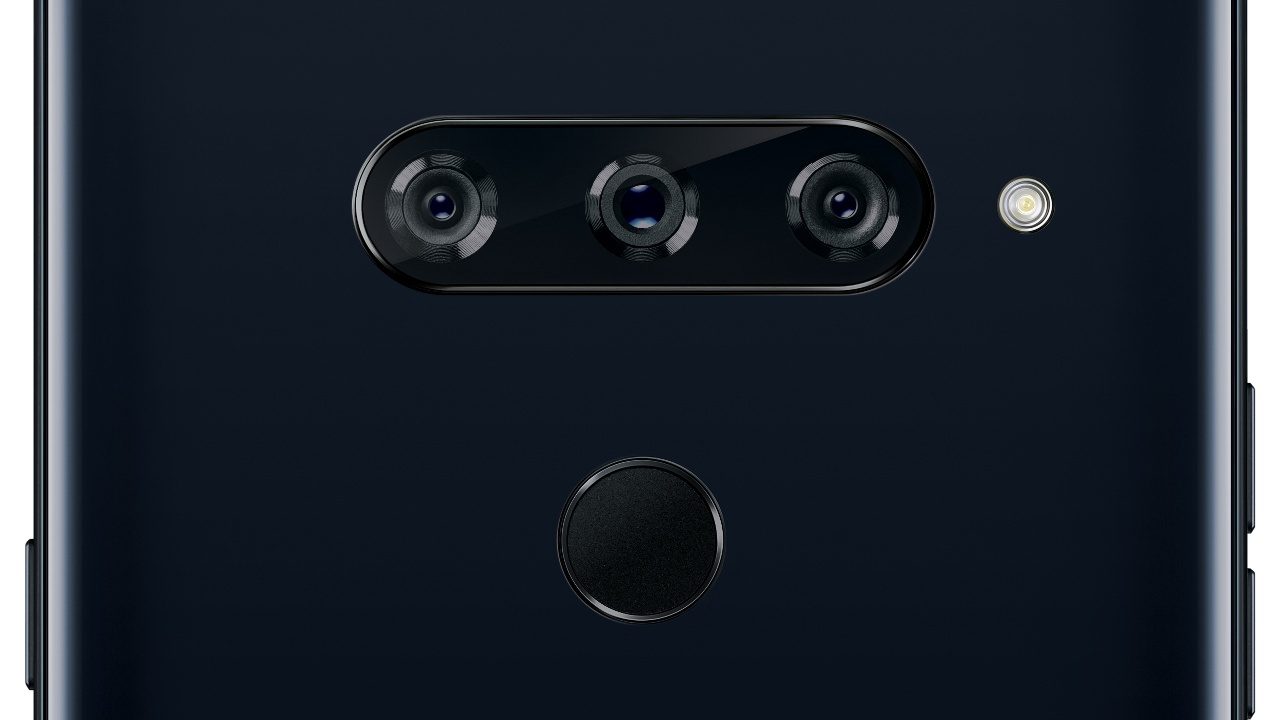 Scenes from all three cameras can be previewed and shot simultaneously from the camera app. LG is also touting an improved HDR game, phase-detect autofocus in just 0.13 seconds from one shot to the next and generally quick operating all around. The company’s AI CAM feature is still around with detection of 19 subjects and will suggest four filtering options to complement the shot. Perhaps more important is the AI Shutter feature, putting more consideration into what subjects are doing when automatically handling shutter speed.

Selfie fanatics have access to an 8-megapixel camera and a wider-angle 5-megapixel unit, both with 1.4 micron pixels for better light capture. 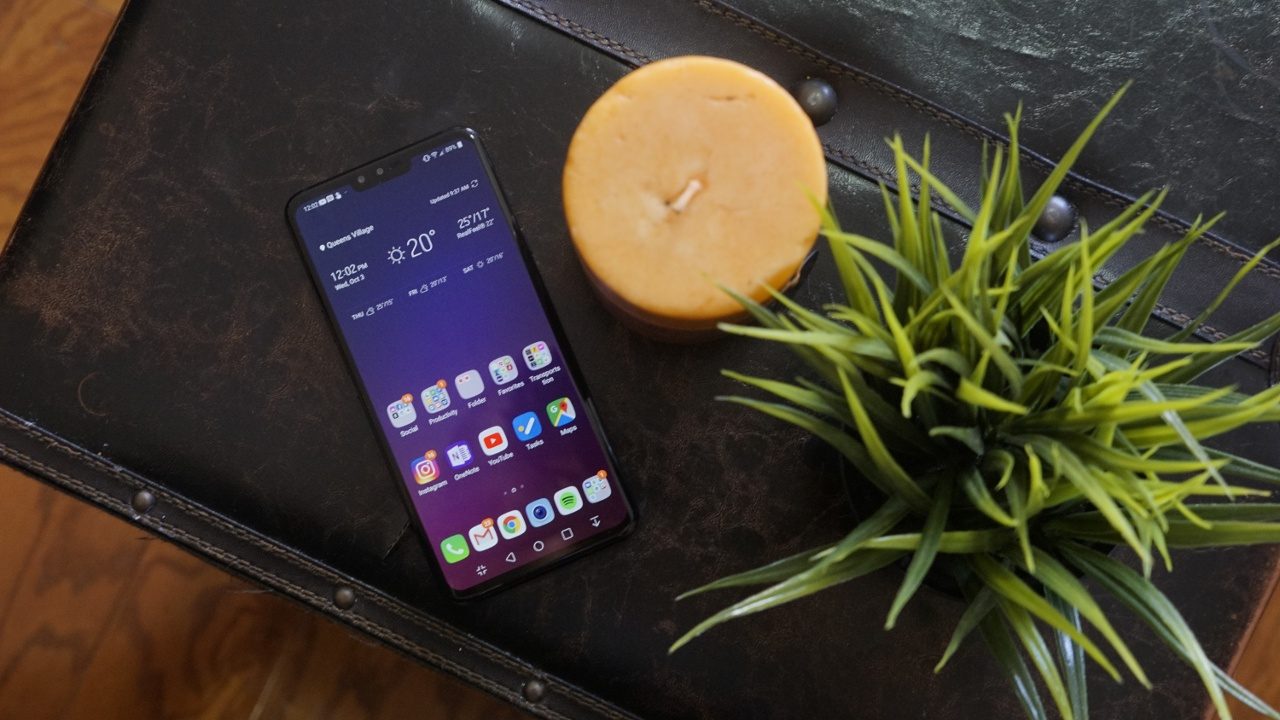 Media playback on the 6.4-inch OLED display is enhanced with a Quad DAC system, this one tuned by Meridian, for 32-bit in-line listening via the headphone jack and — borrowed from the G7 — the Boombox speaker, helped by a large resonance chamber in the device, just 7.7mm thick. Placing the V40 ThinQ on a surface, especially a hollow one, will allow for bass-rich woofing.

USB 2.0 spec (with version 3.1 compatibility) is supported through the Type-C port at the bottom. There’s a dedicated power button one one side, volume buttons on the other and a fingerprint sensor below the three cameras in the back. The device supports Bluetooth 5, Wi-Fi ac and is meant to last with a MIL-STD 810G mark for transitory drops and an IP68 rating against dust infiltration and immersion in 1.5m of water for 30 minutes.

Unfortunately for software progressives, the LG V40 ThinQ will have Android 8.1 from first boot and there is no firm timeline on when it or the G7 ThinQ will move onto Android 9 Pie. Perhaps worse yet, the 64GB of included storage gets taken up by 18GB of firmware and software — a microSD card should help in this matter. 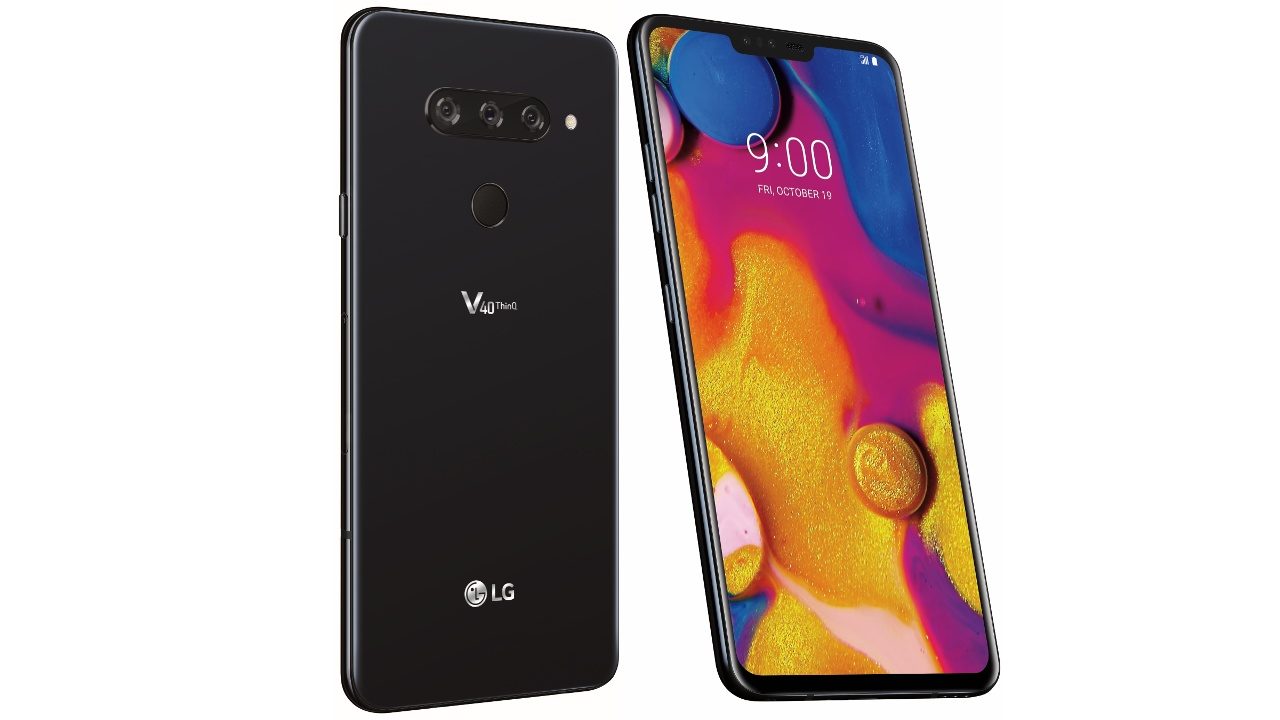 In the United States, all four major carriers as well as US Cellular will carry the device in either or both Aurora Black with polished glass or the sanded matte Moroccan Blue.

All being said, V40 pre-order customers will get a huge appreciation pack valued at $258: a DJI Osmo Mobile 2 gimbal and a 256GB microSD from SanDisk. Even outside of the pre-order range, that microSD will still be offered to buyers. We’ll update you on what carriers will bundle in later on.

TCL 10 5G sports a punch hole display and also offers support for fast charging as well as reverse charging for juicing up other devices.