Recent renders of the upcoming LG V40 seem to reveal everything about the company’s upcoming fall flagship. Check them out!
Published 23 August 2018, 01:00 EDT

We know triple-lens cameras on smartphones are a trend. A recent report even predicted they will become standard for smartphones, with OPPO and Samsung following in the footsteps of Huawei. LG is apparently joining the party with its upcoming V40. We’ve heard about the possibility of triple-cameras on the back and dual-cameras on the front for the V40 at the end of June. Today’s report seems to confirm all the previous leaks, making it clear what to expect from the V40.

Design-wise, the LG V40, as depicted in the leaked renders above and below, appears to be a combination of the V30/35 and the LG G7 ThinQ. There’s a notch at the top in its concealed mode. The battery and network icons are the giveaway, as they’re floating at earpiece height. Talking about the earpiece, it is slightly offset to the right in order to make space for the dual cameras on the front. They will probably enhance Portrait shots and face recognition.

A thinner-than-notch chin resides on the bottom, but the back is where it all gets interesting. Three cameras are placed horizontally (or vertically in landscape mode). It is still unknown what the third camera will do. It would make sense, however, for LG to add a telephoto lens in addition to its normal and wide-angle shooters. The fingerprint scanner looks to be in the perfect spot in the middle of a glass back with mirror finish.

This being a V-series phone, we know to expect an OLED screen. LG made it clear: G-series gets LCD, V-series gets OLED. P-OLED is what we should see on the V40, and a Snapdragon 845 to power everything. Quad DAC has been historically included in LG flagships (and not only). As of the G7 ThinQ, a dedicated Google Assistant button should be on the side. Users will probably be able to remap or at least disable it.

As for the possible launch date of the V40, there’s plenty of speculation. Some say it will arrive a month after the Note9, while the renders above hint at November 16. We’ll definitely keep you posted. 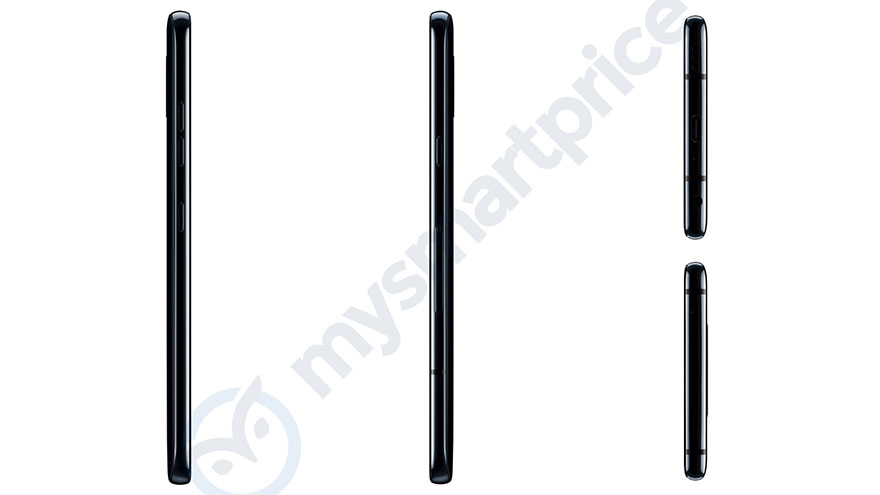 The Mi 11 Lite is tipped to feature a full-HD+ IPS LCD display with a 120Hz refresh rate.