The LG V35 ThinQ could be right around the corner, despite the recent launches of the V30S ThinQ and G7 ThinQ. And no, the spec sheet doesn’t look very special.

Instead of releasing fewer high-end smartphones this year, as the company reportedly planned at one point, LG has already brought the V30S ThinQ and G7 ThinQ to market, most likely eyeing two more flagship launches by the end of 2018.

The LG V35 or, more likely, V35 ThinQ is rumored today for an exclusive AT&T debut in the US sometime in August, possibly following a Korea rollout taking place as early as next month.

There’s even a curiously detailed spec sheet going around today, although it’s unclear if the information is based on gossip, educated guesswork or hard evidence from the inside. Either way, this list of suspected LG V35 ThinQ features looks plausible enough, not to mention eerily familiar. 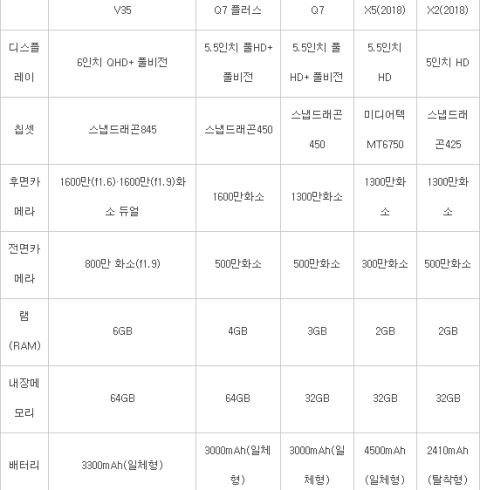 But the V35 ThinQ is widely expected to retain the V30’s (no-notch) 6-inch P-OLED screen instead of borrowing the G7’s 6.1-inch LCD panel, also packing a slightly larger 3300mAh battery, and apparently pairing 6GB RAM with 64GB internal storage. Bizarrely enough, the product dimensions seem to suggest an increase in bulk and bezels compared to both the V30 and G7 ThinQ.