LG V30 may trade off Second Screen for OLED screen

There are certain complications that may make this rumor extremely plausible to be carried out, but we have no visuals on what to expect.

That “love it or hate it” feature of the LG V-series devices may just not be loved or hated come later this summer as the V30 is now told to not feature the Second Screen.

One source to XDA-Developers has also reaffirmed claims that the device will get an OLED panel made by LG Display, which is only beginning to tread away from LCD mobile screens.

There are plenty of reasons why LG could make this move, such as moving to a single 2:1 screen format consistent with the G6 or not having to deal with cutting the display to that distinct shape or working with separate display drivers for the Second Screen’s functionality. 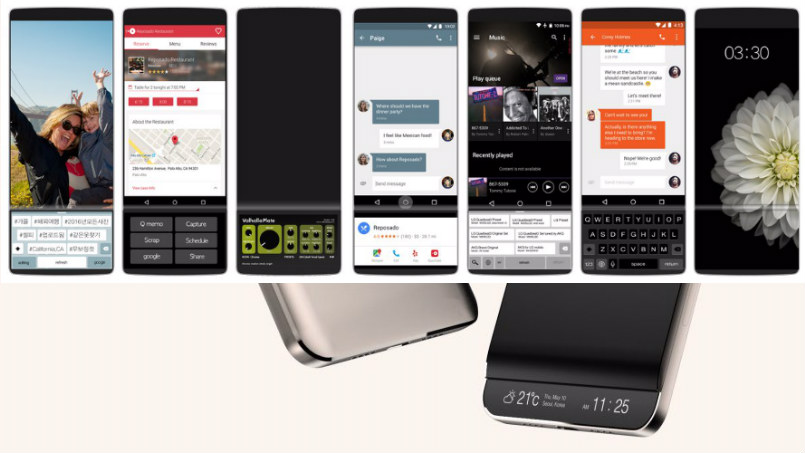 Those supposed in-house concept renders from Evan Blass of what’s been dubbed “Project Joan” may not have followed on at all.

Other bits of interest from the source: microSD expansion will remain along with 64GB of storage, standard, and 4GB of RAM to back up a Snapdragon 835. As a reminder, this would be LG’s first phone to feature the flagship chipset.

As the Snapdragon 835 ages, its price will continue to fall. Combine that with a partnership with Qualcomm tying them down to the Snapdragon 845 and LG may afford to price this phone very competitively, compensate on other components or pad margins considerably.

Only time will tell as rumors finger late August at IFA for when we could actually see the V30 show up.