Evan Blass has a few good looks at one try on the LG V30. It includes a Second Screen that is offset from the main body and can extend from it.

One possible version of the LG V30 has been shared by renowned leaker Evan Blass. He writes in a series of three tweets that the device is the center of “Project Joan” and that the following images are dated from a while back and may or may not represent the current development state of the phone.

Weekend bonus: this is an old-ish mockup of Project Joan, a.k.a. the LG V30. Not clear if the project is still headed in this direction. [1] pic.twitter.com/k5jNJ7DyLz

Here’s how the device was envisioned to look with the secondary display fully extendehref=”https://t.co/HNkZErj7xB”>pic.twitter.com/HNkZErj7xB

The images show a fantastic implementation of a dual-camera system that sits flush with the rest of the rear surface and an off-set layer of the device that acts as what has been deemed on previous V-series phones as the “Second Screen.” As is, it may function like those implementations to give users information, notifications and multitasking abilities. That layer may extend out, though, to feature extra interface tools like a keyboard, extra Google information and more.

It’d be interesting to see how LG would tackle an extended element — much less dealing with the various GUIs and the required third-party application support that it might not get — as BlackBerry did with its unwieldy Priv device. We could make jokes about the modular accessory failure that was supposed to be the LG G5, but it decidedly pulled out of that idea. 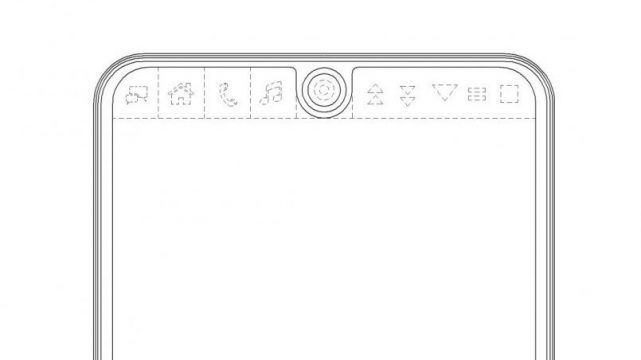 And with those references leading us into our conclusion, we’re more inclined to believe at this point is that the company will run for a design as seen in a Korean patent application, featuring a screen that encompasses the selfie camera lens.

But as we’re talking about a phone for the holiday season, it’s still anyone’s guess as to how this one will end up.