It’s the little things, the fun small discoveries you make while reviewing tech. We recently produced our first Real Audio Review, and started the series off taking a closer look (and listen) to the iPhone 7. Apple touted the move to a digital port as “courage”, and noted that one reason for the switch would be to provide “smarter” audio accessories. They overlooked one small issue however.

Not everyone uses the same quality of headphones. 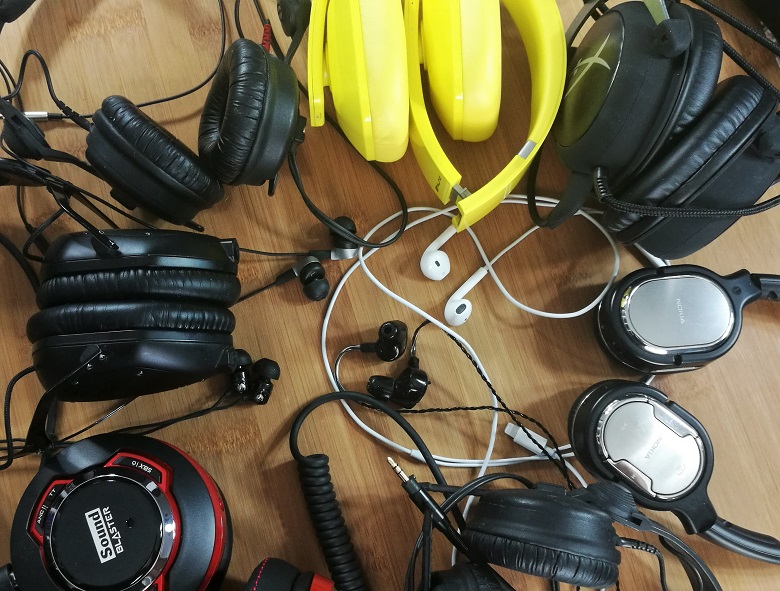 Ok, that’s super obvious, but it still bears explaining. A small issue, often overlooked, but not all headphones are created equal. They might have the same 3.5mm jack, but the cabling and drivers often have slightly different power requirements. One critical aspect is impedance or resistance. To grossly over-simplify, the higher the impedance the more voltage you need to properly drive a pair of headphones.

Why would we want to make headphones MORE difficult to power? This is a hold over from the recording days. Headphones are tiny little speakers, and connecting those little speakers to really powerful recording equipment could damage the headphone drivers, and possibly damage your hearing. Headphone manufacturers basically added resistance as a way to prevent those kinds of issues. Again. Horrible over-simplification, but today many nicer sets of headphones, especially studio grade solutions, will still have a higher impedance than consumer gear.

Which brings us to the V20.

There’s been a lot of chatter about the Quad DAC system employed in the V20. Though, one of the most exciting details might just be how sophisticated this little jack is at determining what you’ve connected to the phone, and how much power that accessory might require. The phone largely takes its cue from the impedance of the connected audio solution. 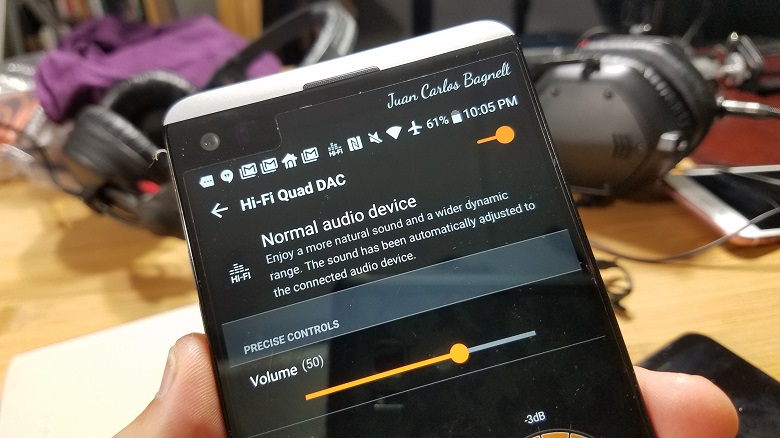 If you connect the V20 to a pair of speakers, the phone assumes the speakers can power themselves, so it doesn’t send a super hot signal down the cable. We call this a “line output”. When connecting consumer grade headphones with a lower impedance, the phone notes this and reduces the overall output of the amp to prevent over-driving those headphones. However, when connecting higher impedance headphones, the V20 recognizes the increased resistance and kicks the amp power up significantly higher.

Impedance is measured in ohms, you’ll see this little symbol on the side of the box or on the manufacturer’s website: Ω

A consumer level is usually somewhere around or below 32Ω. Professional solutions climb up from there and you still see some headphones near a resistance of 500-600Ω. Between 50-100Ω though, the V20 is an absolute monster. 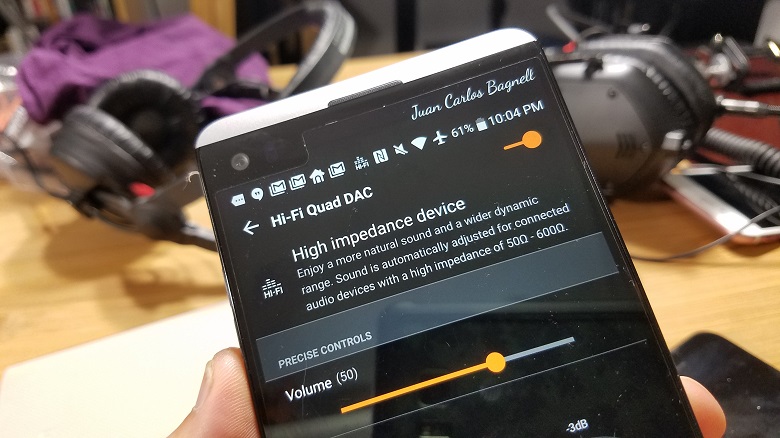 Listening to the same tracks on an iPhone 7 and a V20 using a pair of V-Moda Crossfades, both phones sound good, very good in fact, and the iPhone is capable of virtually matching the loudness of the V20. Those cans have an impedance of 32Ω. Moving over to some Sennheiser studio monitors (fancy way to say recording headphones) however, the V20 is substantially louder than the iPhone. The Sennheisers have an impedance of 70Ω, and they sound duller and quieter on the iPhone than the V-Moda headphones.

If you’re getting into audio, it’s a fun exercise. Take a look at those specs on you headphones to see what your frequency response is, and take a look at that impedance. It’ll help you get a better sense of why some headphones sound great on some phones, but sound terrible on other devices. 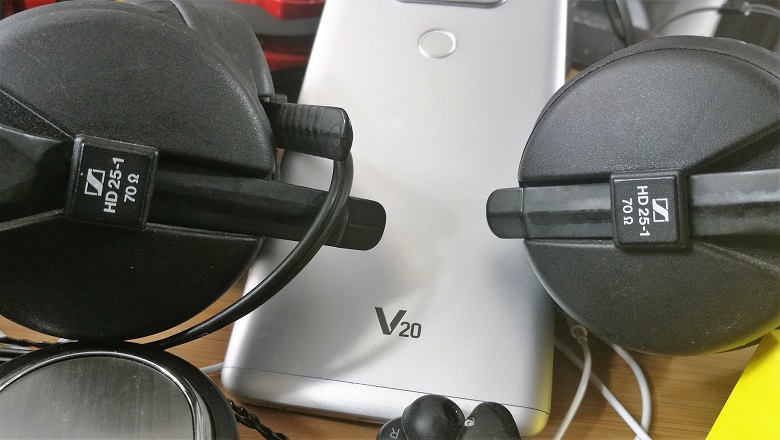 All of this is a geeky long-winded way to say that the headphone jack on the V20 is satisfyingly sophisticated. The phone is smart enough (and powerful enough) to tailor playback, fitting it to the quality of the accessory connected. All through a little jack that’s “old”. No additional hardware required. No additional purchases from the consumer. In fact most V20 users probably won’t ever know this is happening.

Because it just works.