LG deserves a good deal of praise for managing to keep the V20’s design a secret right up to four weeks ahead of its special San Francisco announcement, but sooner or later, the high-end phablet that needs to make up for G5’s disappointing sales results had to show pre-release face.

The jig is now up, and one of only two usual suspects unsurprisingly brings a massive set of unofficial but extremely credible-looking LG V20 renders to light. @OnLeaks, in collaboration with Android Authority, produces crystal clear images of a 5.6 or 5.7-incher that unexpectedly borrows heavily from the smaller G5. 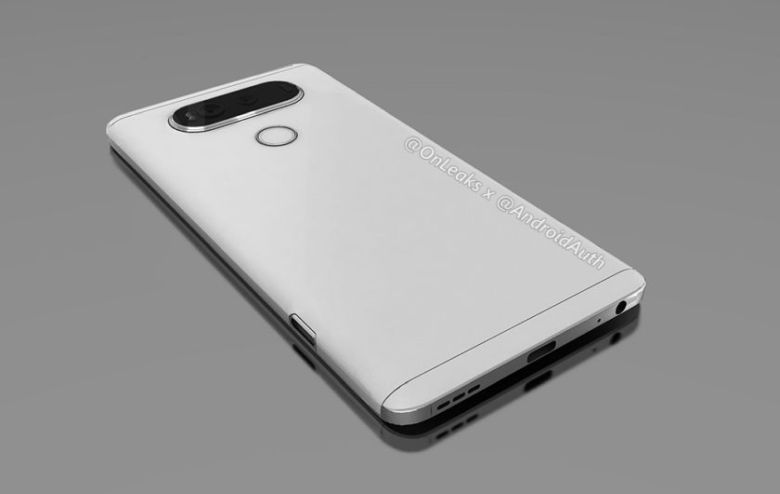 Instead of the V10’s dual front-facing cameras and just one rear snapper, the V20 apparently features a more conventional single selfie taker, plus a binary mechanism of “main” photography hot shots. The physical home button on the back also holding a fingerprint scanner is itself cloned from the world’s first modular phone rather than last fall’s quirky but successful rugged phablet, and speaking of, you can probably say goodbye to the muscular, shock-resistant construction too.

Basically, if it weren’t for a secondary ticker display, the LG V20 rendered today could easily be confused with the G5 out and about. The devices are in fact so similar that, while this isn’t confirmed yet, all visual signs point to modular existing accessories supporting them both. Does that qualify as good or bad news, what do you think?