Two new patents were filed by LG. One is describing a full screen smartphone with under-display camera, the other shows a square camera arrangement.
Published 07 November 2018, 01:00 EST

Companies file many patent applications but that doesn’t necessarily guarantee we will see the concepts materialize in a commercially available product. One of the two patents LG has recently filed describes a full screen smartphone. There are actually two devices that are all-display, with the front-facing camera residing behind the screen. One model is straight with rounded corners, while the other one is tapered towards one edge. This patent was filed in Korea.

In both cases, a cutout in the screen, at the top, is where the front-facer resides. Whether left, right, or center, a transparent material is protecting it and making it flush with the display. In some cases the cutout can be oval to maybe allow the placement of not one, but two cameras. By following this approach LG might be considering a truly full screen smartphone in the future, where there’s nothing on the front of the device but the display.

The second patent describes a square camera arrangement. This pretty much resembles Huawei’s camera approach on the Mate 20 Pro. This patent was filed in the US and shows three models that are slightly different in their displays, bezels, and housing. However, what’s common, is the camera arrangement on the back. What’s interesting to see is that the patent was published on October 23, 2018. This means that it was filed some time before that, so LG might have actually had this idea before Huawei. However, instead of speculating, we’ll let you check it out for yourselves. 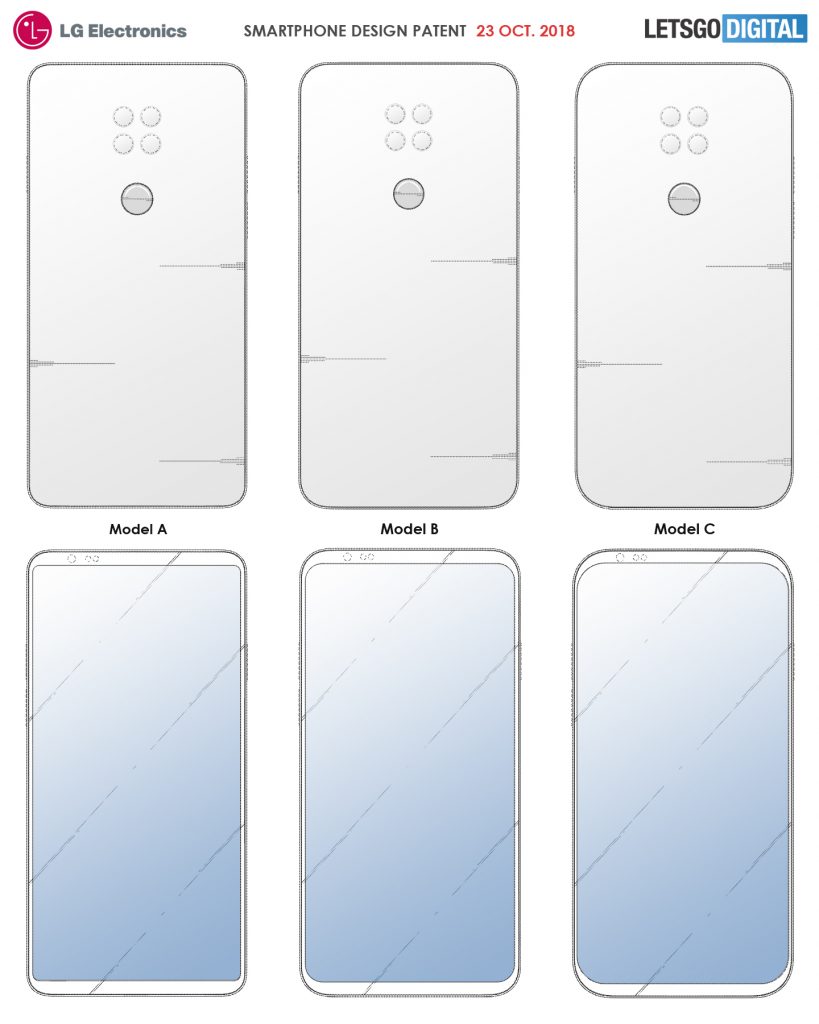 The new changes will only take effect when an app targets Android API level 30 or later on devices running Android 11 or later.