Here’s what the LG G8 ThinQ will look like

We’ve gotten as close as we can get to seeing LG’s spring flagship without actually seeing them, thanks to our partners at XDA-Developers.
Published 25 January 2019, 17:00 EST

It’s silly season and that means rumors, leaks and reactions galore. On the topic of LG, we now probably have the best idea of what this phone will look like.

XDA-Developers have produced some official-looking renders of the upcoming G8 ThinQ, expected to come out on February 24.

Taking a look at the renders, which were sourced anonymously, we don’t see much of a physical progression from the G7 ThinQ — there’s a notch, fairly substantial bezels around the edge of the display, a minimal rear side with what looks to be a capacitive fingerprint sensor and two cameras. LG’s button arrangements have also appeared to not change: a power button on the right side, a volume rocker on the left as well as an extra button, likely for triggering Google Assistant.

It’s also possible that with Sound on Display technology will force LG to use OLED panels.

Closing in on the notch area, we see a total of four ports plus the selfie camera. The LG V40 and G7 included earpieces in the notch. The G7 had two extra sensors while the V40 had an extra selfie camera. The G8 doesn’t look like it will have either an earpiece or extra camera. LG’s latest teaser indicates that air gestures will be a crucial part of this device’s controls, so it is possible we may see some sort of time of flight solution here. 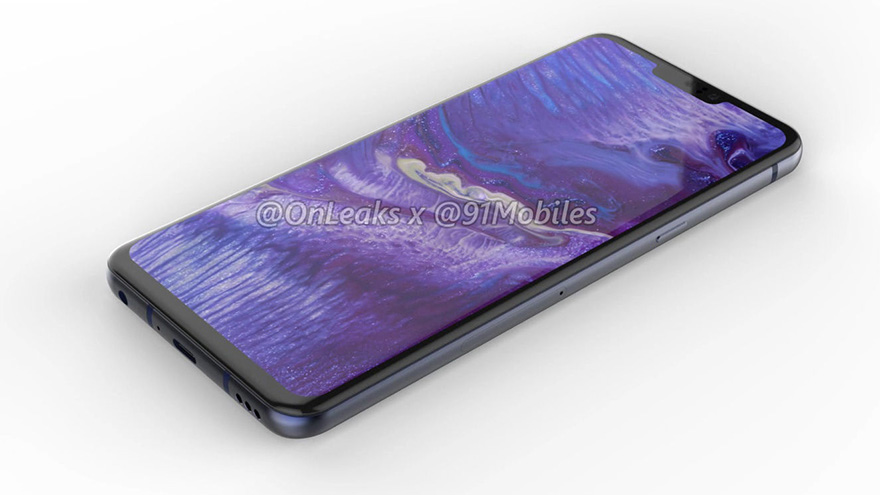 From an earlier @OnLeaks exposé, we learn that the device has a 6.1-inch display with 19.5:9 aspect ratio and will have dimensions of 152 x 72 x 8.4mm. If true, the G7 will be 0.5mm thinner than the G8, but 1.2mm taller. We also know there’s a single speaker — owing to the big resonance chamber in the G7’s BoomBox system, we think one is enough — and a headphone jack from that leak as well.

The 100 day “Buy and Try” program for the Galaxy Z Flip 5G and Galaxy Z Fold2 5G is now available exclusively on Samsung.com until April 1.