We’re exactly a week away from the formal announcement of a long overdue smartphone recently confirmed once and for all to be named LG G7 ThinQ, and official information continues to be voluntarily revealed by the handset’s Korea-based makers.

Every aspect of a new flagship design inspired by both Apple and Samsung is also pretty much set in stone, and in case you needed proof the G7 ThinQ will pair a state-of-the-art Snapdragon 845 SoC with 4GB RAM, here you go. 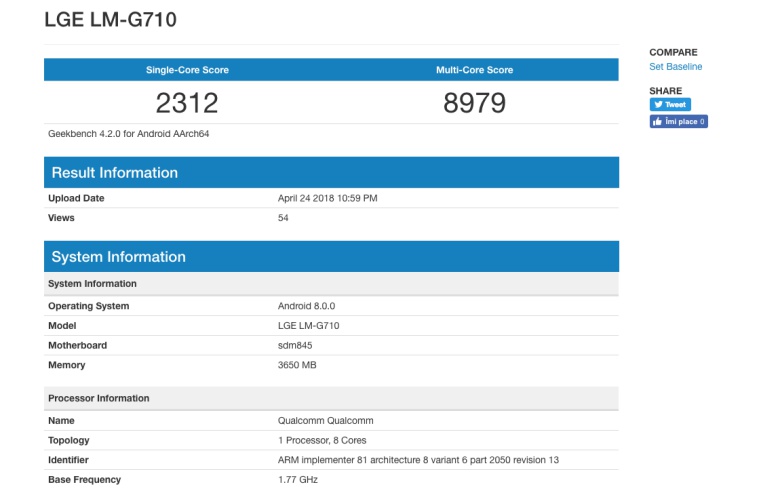 Somehow, it seems LG has been able to squeeze more (synthetic) speed out of Qualcomm’s latest hero chip than Samsung on the Galaxy S9 and S9+, although the iPhone X still reigns supreme in Geekbench 4 results.

Like last year’s G6 and V30, as well as the non-Plus Galaxy S9, the LG G7 ThinQ will apparently settle for 4 gigs of memory, at least in its “entry-level” configuration. A G7S ThinQ or G7+ ThinQ variant with 6GB RAM and 128GB internal storage is to be expected, but we sure hope no regional restrictions will be imposed.

It’s also a little frustrating to see the phone run Android 8.0 instead of the newer 8.1 OS version, although it is true that very few of the world’s existing flagships come with the latest Oreo flavor pre-installed.

Potential iPhone 13 buyers are not finding the new features and improvements worth investing in.