That reportedly canceled LG G7 was apparently caught on camera at MWC 2018 in Barcelona, sporting an iPhone X-cloning notch.

The notch clone war has officially begun at MWC 2018, with the arrival of an otherwise impressive Asus ZenFone 5 duo hilariously touted as superior to the “Fruit Phone X.” It’s no longer a big secret that Huawei plans to unveil no less than three “notchy” P20-series handsets on March 27, and we have every reason to believe LG will eventually follow suit.

Confusion continues to hover over the Korean company’s true next-gen flagship, as the G7 could be dead after all. But before it was scrapped, it probably came pretty close to mass production.

One such very advanced prototype may have randomly showed up in Barcelona earlier this week, with a 6-inch screen and Snapdragon 845 processor in tow. Why would LG want to put a canceled product on display at a major technology trade show?

Well, odds are the public wasn’t supposed to see this “LG G7 (Neo), and that somehow, a private event of some sort went awry. We’re also guessing this doesn’t necessarily mean the G7 is still happening, but “Judy” could well borrow and try to refine today’s leaked design. And yes, there’s a notch. One you can apparently hide if you so desire, which kind of defeats the purpose. 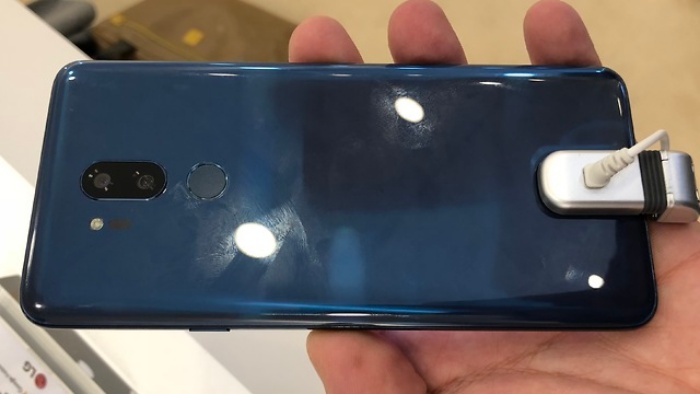 Interestingly, Evan Blass was told by a “little bird” that a few other LG prototypes were also privately showcased at MWC 2018, including a V35 flagship phone, Q7 mid-ranger, and some sort of a “new watch.” Who knows, perhaps someone videotaped those too, waiting for the right moment to share the footage with the world.