No smartphone is perfect, but we do not want to leave an impression that everything will be hunky dory for everyone. We nitpick on the G6 in our LG G6 review rebuttal.

LG comes into a new year with a mobile renaissance. The G6 was widely considered to be a much-needed salve to last year’s G5 — an impractical modular concept based on top of a mediocre base device that left a bad taste in critics’ mouths. Basically, this phone saved LG, and the initial numbers may show it.

There’s no doubt that this editor thinks the chaebol has a terrific thing going overall, but it’s time for us to start nitpicking at the faults of this device — because who else will? If you haven’t read up on our full review of the G6, we suggest that you do that before going on here. 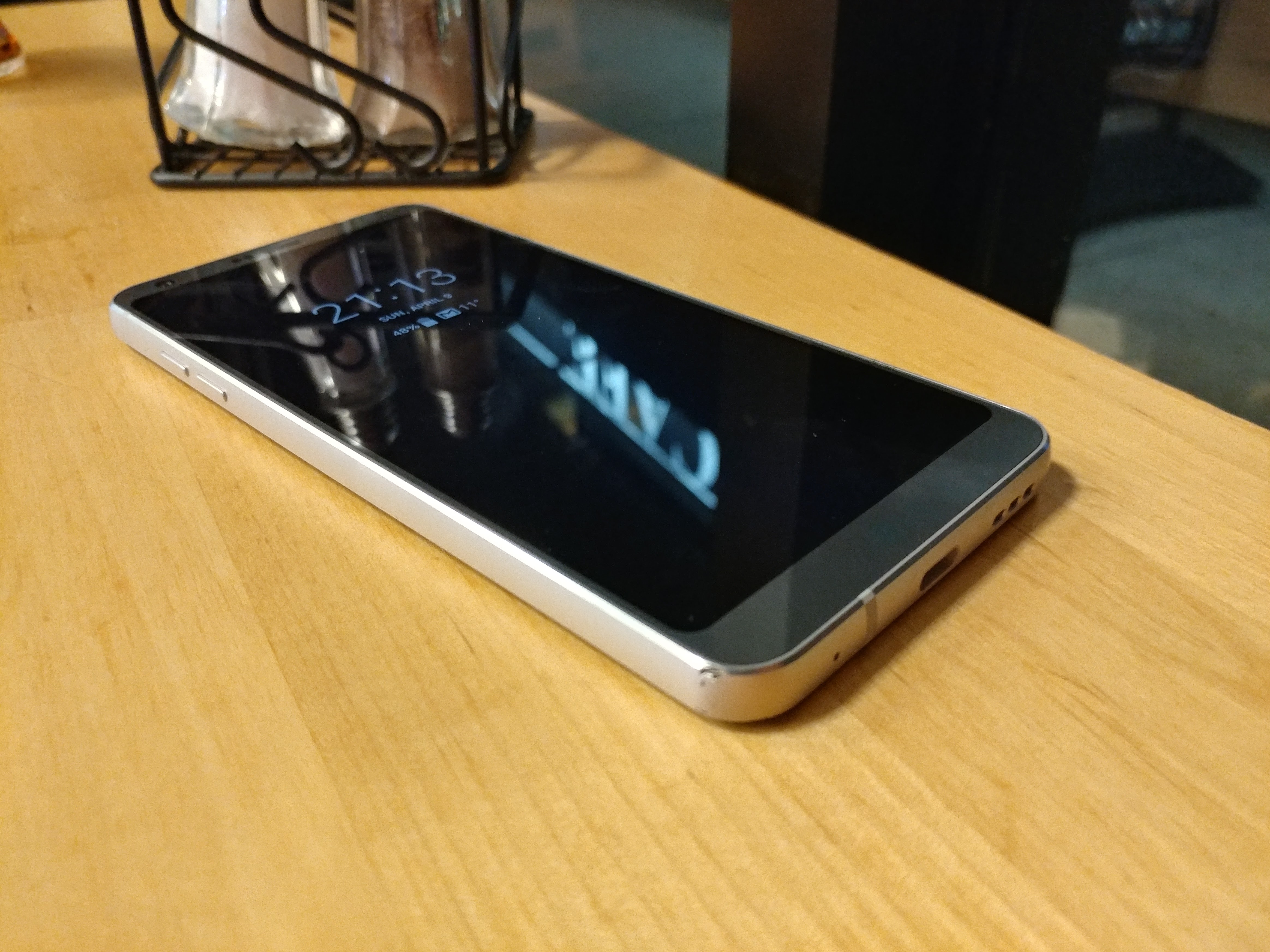 It’s a glass-backed phone that runs flat against your hand with curves leading into the edges that do nothing for ergonomics and everything to give the phone some waterdrop aesthetics. The siderails provide an extremely slight curve when it comes to cradling the phone in your grip, though it’s a little more perilous with the pincer claws that are needed when handling the camera sometimes. You might be able to get away with clamping the bottom with one hand and using the other daintily with the volume or shutter buttons. Just keep in mind that while the wide-angle camera is a nifty feature, you’ll need more clearance away from the camera lens in order not to interfere with the picture.

The screen bothers me. The IPS panel on the G6 is a tad warmer than the one on the V20 and a smidge less brighter. It is demonstrably less effective at output in sunlight, too. Of course, with a more resolution-dense display (565 ppi vs. 515 ppi) comes the need for a greater backlight to compensate. We don’t think we got that here, which is a little annoying, but not as annoying as that FullVision display.

Not that a 2:1 aspect ratio leaves despicable pillarboxes in 16:9 content or thin letterboxing in cinema, it’s just everything else — the user interface, social media, camera viewfinder, everything that can fill the whole screen — falling victim to the scourge of trends: the display with rounded corners. The status bar up top has to jamb the time and battery percentage over to the left to avoid hitting the bend. And the corners don’t even round up properly with a wrong radius cut. Irksome, ain’t it? 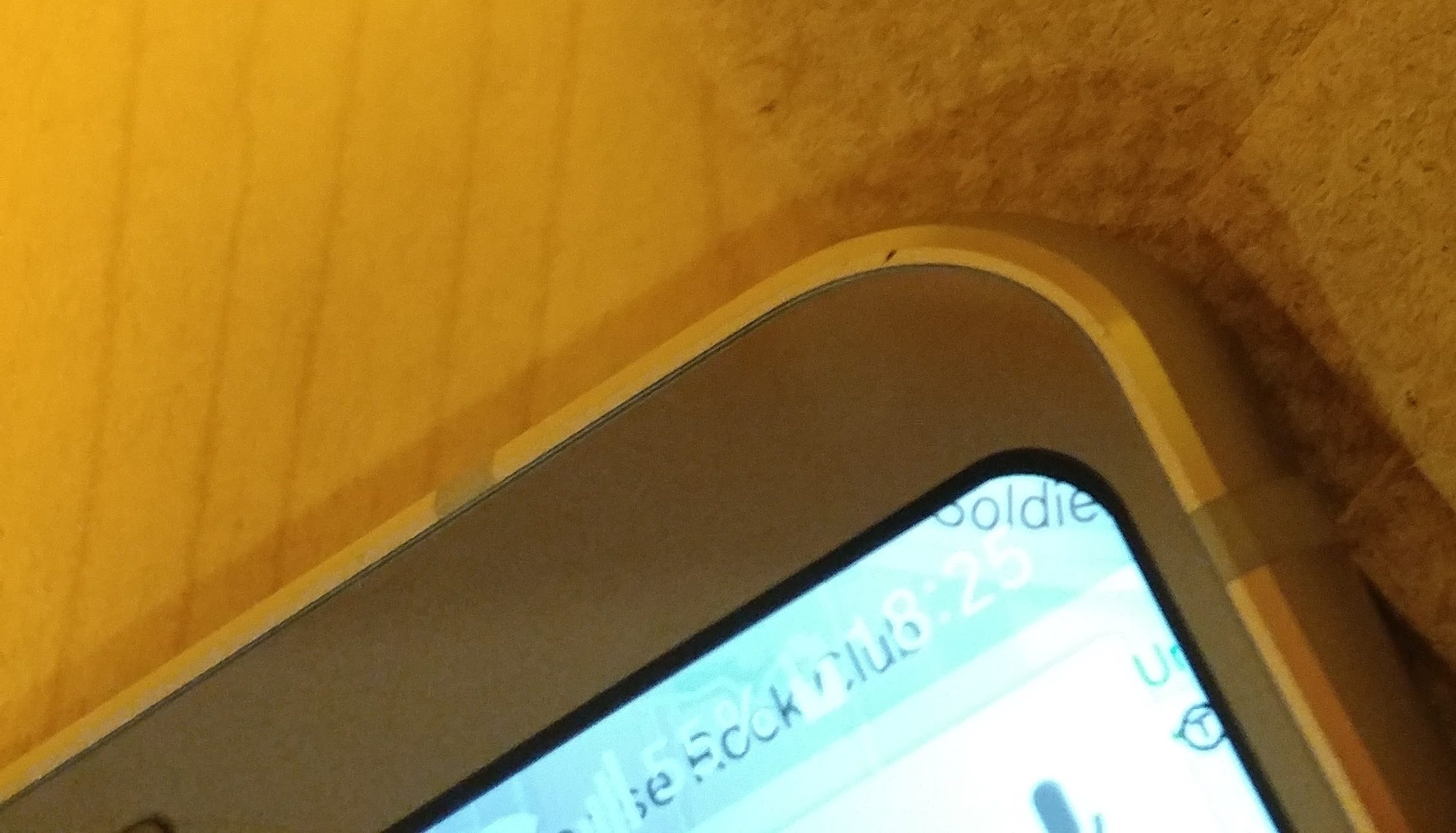 Maybe we’re pooping a party. Okay, we’re definitely pooping a party here. We get it, Sharp and Xiaomi wanted to show off and now the pool’s getting crowded, but at least the barbie is on and everyone’s happy. If there’s one trend we appreciate LG following, it’s including IP68 water resistance. We figure that when the sales flow really picks up in the summer, consumers will probably be happy they chose this year out of others to upgrade their phones. 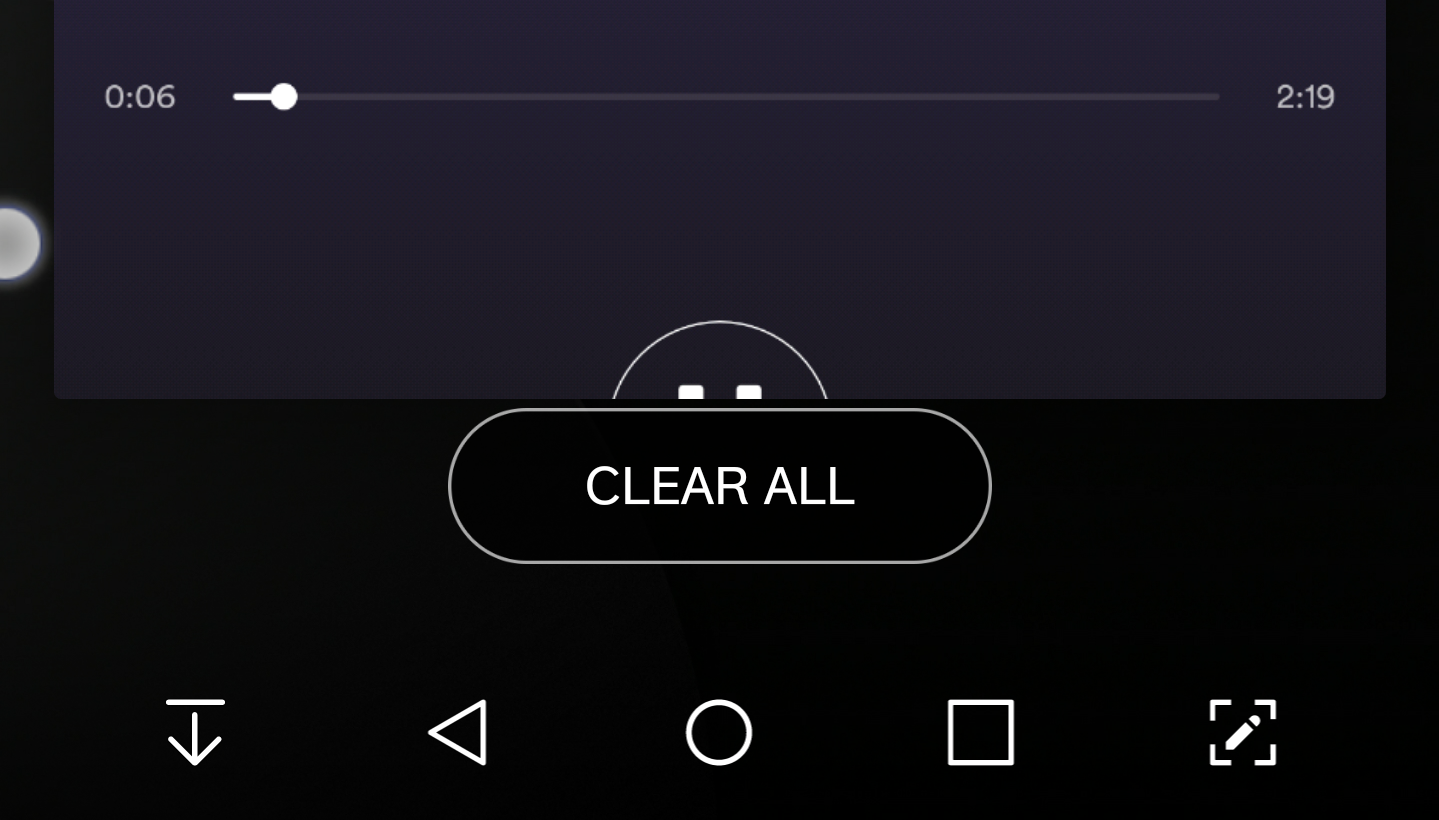 LG UX fare gives us a few options for a home screen:

The options are there and if you like one of them, good news: you get to stick with it. The aesthetic has been criticized before, so we’ll just say here that you’ll be able to plaster a theme over the interface. What we despise, beyond the odd tracking between the layers of apps, is the multitasking screen that allows a wide hit target for the “clear all” button. You can tell that we’ve hit that thing one too many times for it to be cute.

The Always-On Display seems like a waste of LCD power unless you have apdative notification icons — say, for instance, the weather. We still appreciate options to pick up QuickMemo and notification shade drop-down buttons in the navigation bar, along with a couple other features.

One of the most questionable additions in the software load for the camera app is the Square Camera feature. The new standard viewfinder when shooting at full resolution makes pretty good sense to us: a camera roll at left for quick context instead of just a one-and-one view of what we just took. Maybe if we’d cherished our vanity just a bit more, we’d be able to nitpick the instant near-full-res review with much more prejudice — which would serve the feature’s purpose, we suppose.

Otherwise, we’re not going to bore you with the hardcore aspects of the G6’s camera. That’s what our Real Camera Review is for. Still, if there’s a manual mode we would ever choose to use, by golly, LG has it. ISO, shutter, white balance, all the features you’d need to tweak, you can. And the tweaking comes into a simple jogwheel UX that goes up and down from where the picture is currently set to, unlike Huawei’s interface that forces users to start from the top end of the range when manually adjusting it. 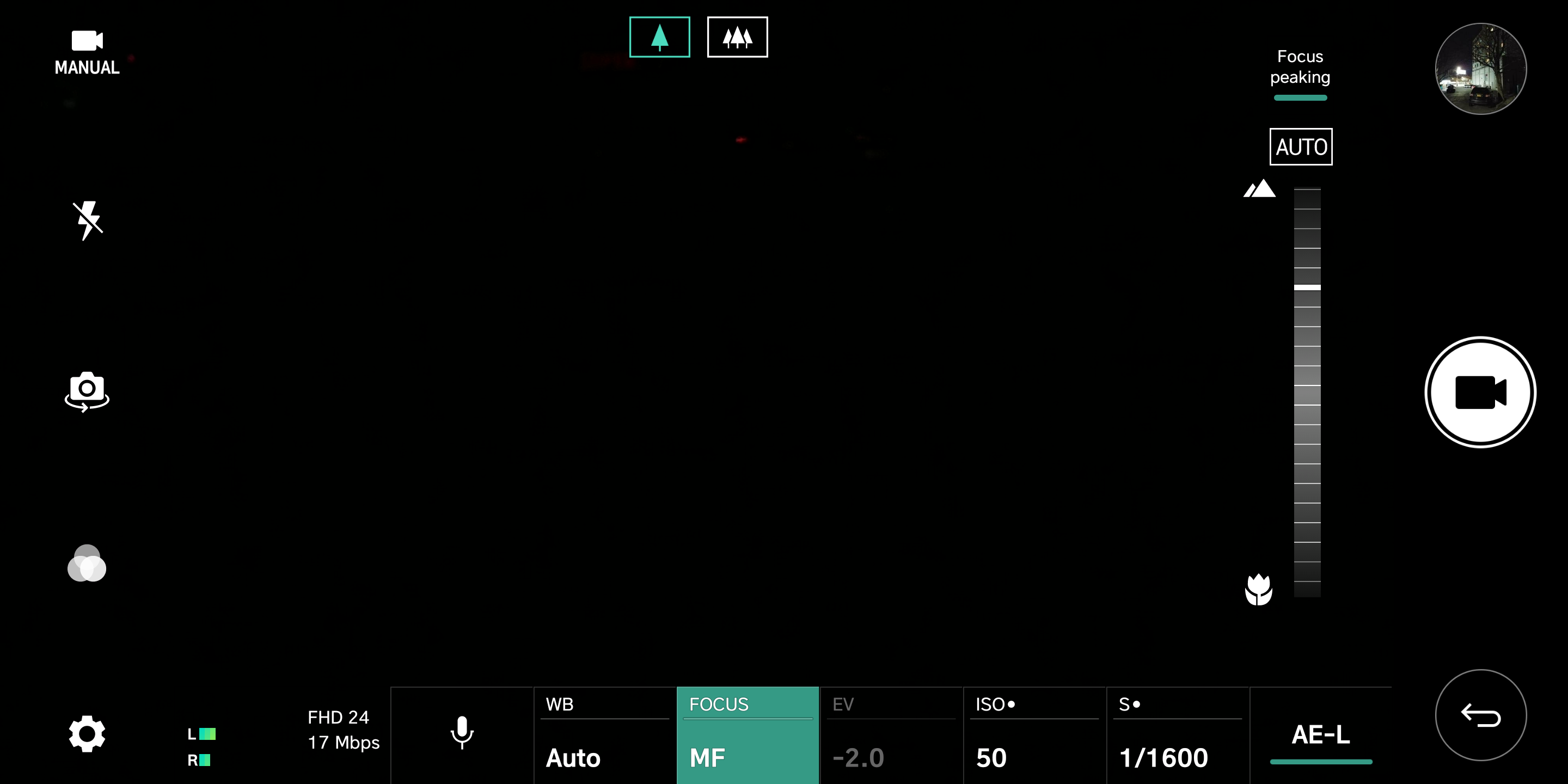 Instead, we’ll tell you that boot-up times for the camera can be a bit sluggish sometimes, taking up to 2 or 3 seconds before we’re able to hit the shutter (it’s at this point that we disclose that we’re dealing with pre-production software on this particular unit). 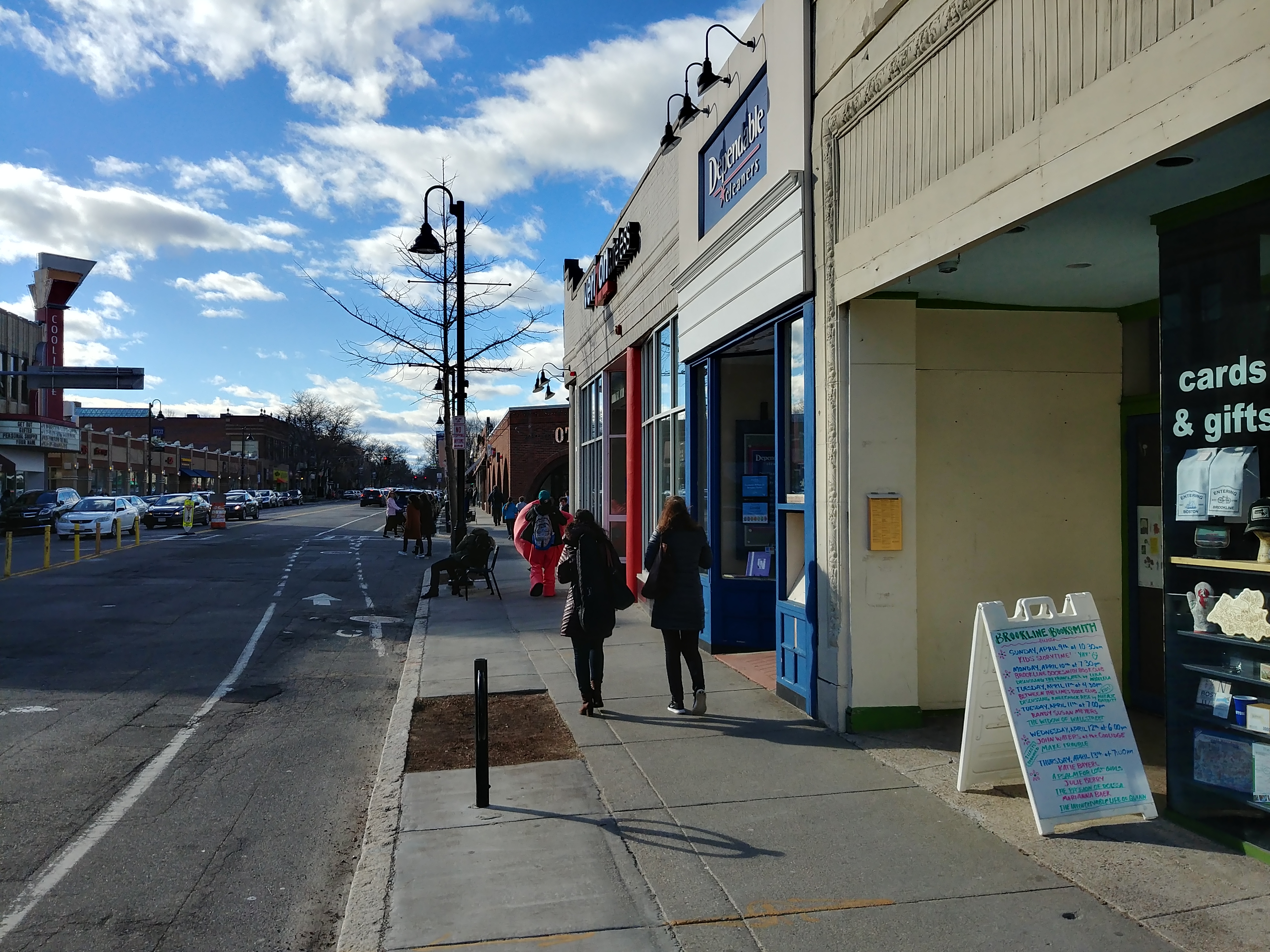 See that guy in the Jigglypuff costume? I rushed out of a Starbucks to chase down a picture, only to have the phone balk at my demand that I should take one this instant, warm up and then finally flash the screen, simulating a shutter effect. That’s not cool.

If our smartphones present the possibility to capture the moments that we might not have otherwise, then we believe that this smartphone does not meet the challenge. This means ease of use and intuitive adjustments in automatic mode that can produce a reliable product given the conditions you put the tech through.

With that, the results below speak for themselves. 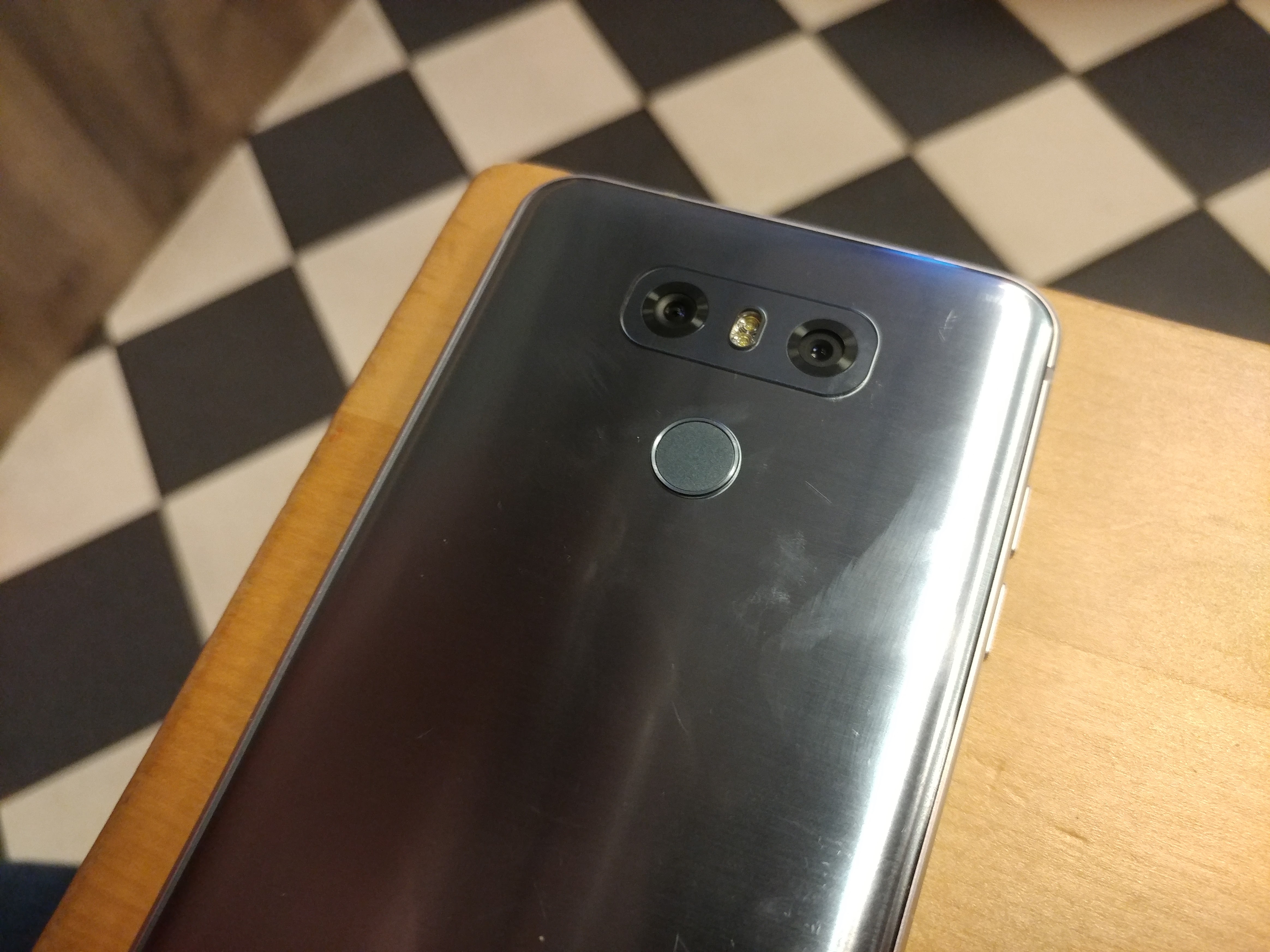 Since my personal use case varies day to day, we cannot give you honest battery metrics based on just streaming music, constantly refreshing social media, light web browsing and nearly no gaming whatsoever, there’s no telling what my 8 or 9 hour day will mean to you. I’ve been averaging 7 to 8, though for my HTC 10 and LG V20 on Sprint and, on some days, only 6 hours on my LG V10 on T-Mobile. Audio seems to be great for a G release, definitely better than average outside of that vacuum. The one speaker firing at the bottom makes an attempt at loudness and crispness while the US G6’s internal audio situation seems to be just okay one-and-a-half steps up from the G5, a soft, tepid player. As for the phone in general, I’d advise that if you can afford the bulkiness of a case, you should get one for the G6 if you want to buy one. I personally can’t get along with cases as that makes them more prone to falls when I try to wrassle phones out of my pocket — I waste more time dropping them than I do wasting money trying to fix a broken screen.

So, obviously this editor is going to tell you to buy the phone if you’re looking at it and you even have a passing thought about buying it. It’s one slender phone with more space to multi-task, stream media or do whatever you want. It has some objectively good performance stats with its camera. Sure, the processor might be a generation off, but it’s not going to be a slouch. The thing thrives for a $650 phone. And it’s going up against a $750 phone in the Galaxy S8.

We think, though, that to emphasize the flaws, be it unforced or by design, is to show that we care for the user experience of the phone, ergo, the user who’s in the market right now. Everything’s imperfect. Which imperfections you will accept and maybe even overcome will be up to you. That’s why this rebuttal is here.