Wondering how the beefy internals of the new LG G4 compare with its predecessor? Our LG G4 vs LG G3 specs comparison will fill you in on the details.
Published 28 April 2015, 12:01 EDT

The yearly cycle is repeating itself: one flagship is a year old, its replacement brand new. Just what has one year brought us in terms of specs, though? Has the rate of innovation slowed, or are smartphone internals becoming exponentially better with each generation? If it’s the newly-announced LG G4 you’re wondering about, we’ve got you covered with an LG G4 vs G3 specs comparison, right down below in chart form.

Unsurprisingly, not a whole lot has changed; the G3 was a remarkable phone, and we regarded it as such when heading through the review process with it last year. The Snapdragon processor has been upgraded to a new 808 model, new color (and material!) options are available, and more; the list below focuses on the minutiae if you’re interested. Perhaps the biggest upgrade, however, comes in the camera: from last year’s 13MP shooter we’re upgraded to a 16MP unit with a stunning f/1.8 lens and OIS (Optical Image Stabilization) 2.0. That should allow for a fairly large amount of light to enter the lens, making for better pictures overall and a real contender in the camera race against its top rivals.

The full specs comparison is down below. In the comments section below, let us know whether you think LG did enough with the G4 to make it a worthy buy over the G3, or if more should have been done. 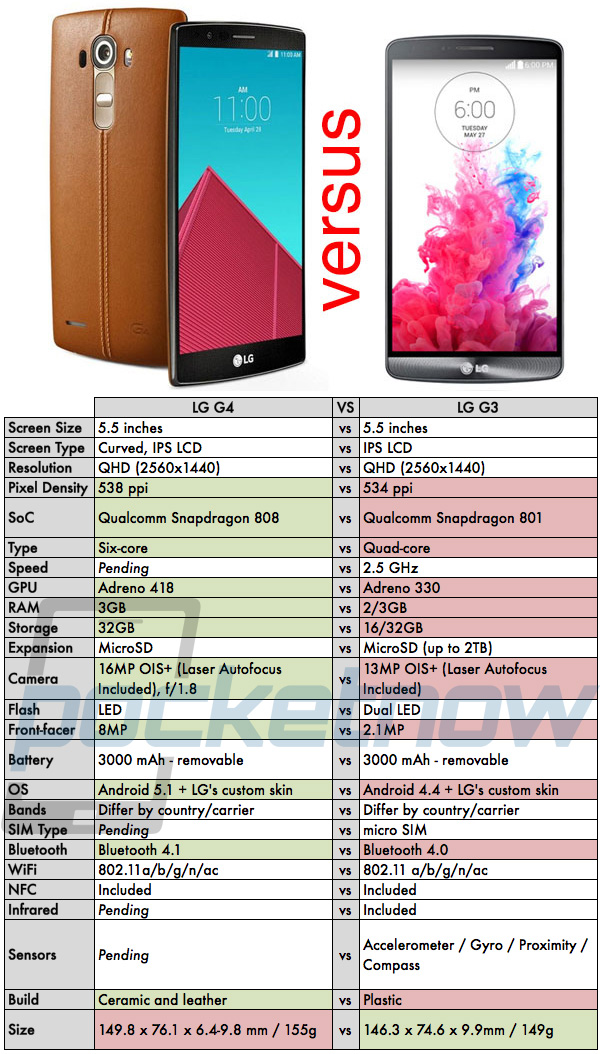 The new Samsung W22 5G is aimed at the Chinese market, and the new version has slightly different colors with gold accents and a new logo.