Back to the wave of Marshmallow that will be tiding towards many Android OEM releases in the future (including the HTC One A9): we told you about Polish LG G4s preparing for their updates to version 6.0. Those phones were to be the first existing non-Nexus phones to get an OTA update.

Not exactly anymore. LG Poland responded to a customer’s question on its Facebook page: 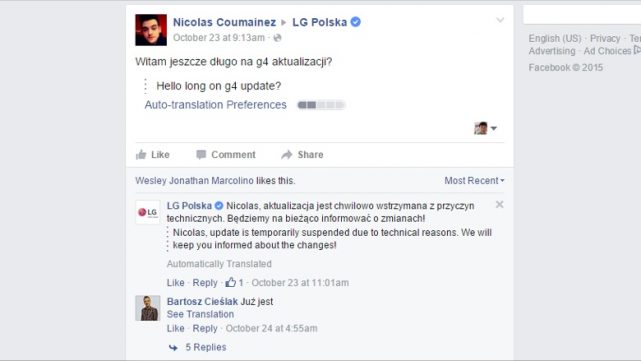 One user below the official response commented that the Marshmallow update was available on the LG Bridge PC interface suite.

We aren’t certain what the technical issue is nor how long it will take before the OTAs start moving out again and when they’ll extended across Poland’s borders.