Check out the just-revealed LG G3 Stylus, a stylus-packing cousin of the company’s Android flagship.

If you’re a big smartphone OEM, chances are that you’ve got a phablet as part of your lineup. Maybe you’re Samsung with the Galaxy Note, Sony with the Xperia Z Ultra, or Nokia with the Lumia 1520. But what’s LG’s entry? The Vu series initially felt like the company’s phablet effort, with the requisite stylus (even it it was capacitive), but in recent years the flagship G-phone itself has grown to the size where it nearly feels like a phablet (not to mention how Vu models have failed to keep up on the spec side of things). So is that that? Should we just treat the G3 as both LG’s phone and phablet flagship? Not so fast, as a new LG video has just outed what appears to be a new G3 variant, and this one’s packing an integrated stylus.

Yesterday, LG uploaded a G3 Beat promo video to YouTube. The majority of the video is pretty innocuous, but then right at the end we see something interesting: next to the G3 and the G3 Beat, LG shows us a “G3 Stylus” with a built-in stylus holder. The phone appears to be roughly the same size as the original G3, but with this stylus that slides out from a slot up top.

Unfortunately, based on this brief look it appears we’re dealing with another capacitive stylus, rather than a system with an active digitizer as we see on Samsung devices. There’s also the appearance of what seems to be a single LED flash, rather than the dual element on the G3, suggesting that the G3 and G3 Stylus won’t just be copies of the same hardware, with the addition of that stylus holder, and additional changes could be present within.

That G3 Stylus naming convention also reminds us of recent LG Vu rumors, which suggested the line might find itself rebranded as the LG G Stylus.

While this is an official LG video that reveals the G3 Stylus to us, we’ve yet to see the company make any formal announcement about the phone. 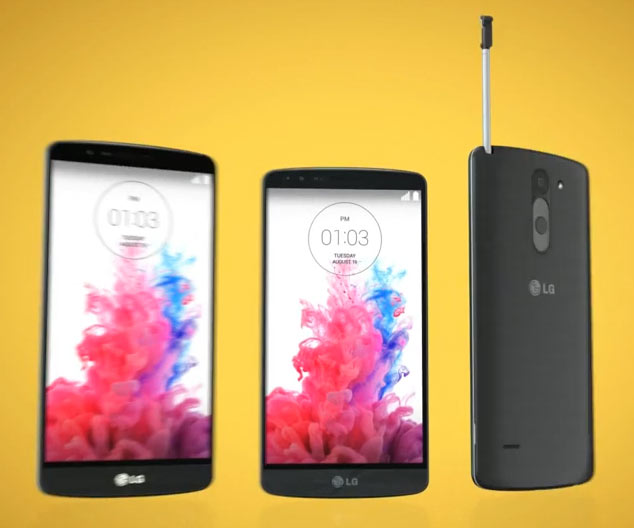