The road to hell is paved with good intentions, as the saying goes, and every so often we see a manufacturer come out with a phone that commits wholeheartedly to some noble idea, only to see everything come apart in the execution. LG’s G3 is the first phone many smartphone fans will ever get to see with a high-res quad HD display, so it only stands to reason that LG will be doing its darnedest to make that screen look as impressive as possible. But now a growing number of complaints is piling up from new G3 owners frustrated about one way LG seems to be pursuing that goal, as it implements what appears to be a sharpening filter.

If you’ve played around with anything like Photoshop, you’re familiar with the effect: by enhancing contrast through color transitions, sharpening can make things like text stand out better against backgrounds. When you want to be seeing something like that, that’s well and good, but what looks like it’s happening with the G3 is a pervasive sharpening effect, with no clear way for users to disable the post-processing.

The comparison shot you see down below isn’t ideal, as the left (non G3) image isn’t in crisp focus to begin with, but that notwithstanding, on the right we can see obvious signs of sharpening, like those extra-white pixels added between and within individual letters.

Recent reports suggest that an update may be addressing the problem, but we’ve yet to confirm whether it indeed resolves things.

We’ve reached out to LG for comment on the situation, and will update this post if we hear anything. 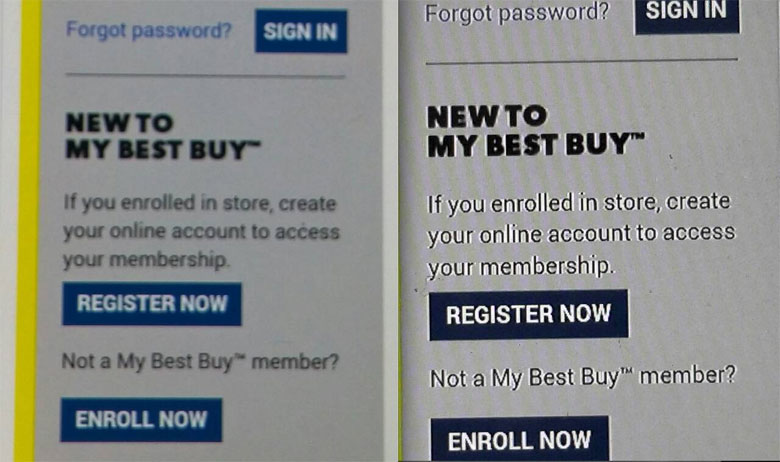 The company has reportedly put its canceled rollable smartphone up for sale for employees in the LG Korea Mobile Communications division.

It seems that the dream of getting a smaller notch may finally become real with the arrival of the iPhone 13, or at least that’s what we hope
YouTube 1.8M
Facebook 570K
Twitter 197K
Instagram 133K
RSS

Apple has confirmed that even if you rely on wired playback, the pricey AirPods Max…