The flood of LG G3 S news continues this afternoon as the first LG G3 S renders arrive, courtesy of a Russian retailer.

We’ve already seen a positive flurry of LG G3 S/Beat/Mini news today, and the momentum is not about to slow down now. Following that G3 S user manual and new G3 Beat pics, we’ve got some fresh G3 S finds that really seem to help flesh-out the phone’s picture, as a Russian retailer posts not just some very legit-looking G3 S press renders, but also details the phone’s specs.

The five-inch 720p display looks confirmed, as does a quad-core 1.2GHz SoC. Not all specs align with what we’ve heard about the G3 Beat, however, and this listing says the G3 S will arrive with just 1GB of RAM instead of the Beat’s 2GB. The phone should have an 8MP main camera and keep the G3’s laser-assisted focus, and storage options look like they’ll give users 8GB built-in with the possibility for microSD expansion. Dimensions are in the right ballpark from earlier leaks, but the G3 S seems like it’s shaping up to be pretty thick: here the phone’s depth is given at 10.3mm.

What we can see in these new renders looks the part, as well, with the same earpiece and camera spacing we’ve seen from the G3 Beat and the G3 S manual. That single LED flash, compared to the G3’s dual LED flash, also makes a return.

This retailer provides a pre-order price, but it’s anyone’s guess how accurate that might be. Here, it’s listed as what works out to just over $400, a decent sounding value if at all close to the truth. 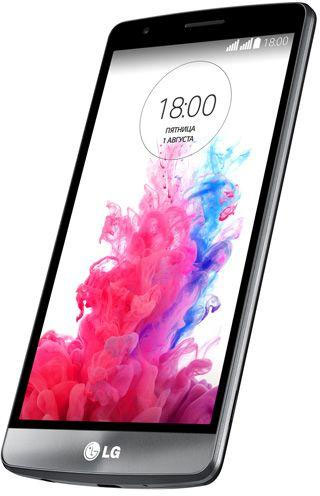