We’ve already reviewed the LG G3. Can it get such high marks in a second look? Find out in our LG G3 review rebuttal!

I was skeptical of the LG G3 following the announcement. I have a pretty rocky track record with LG phones. 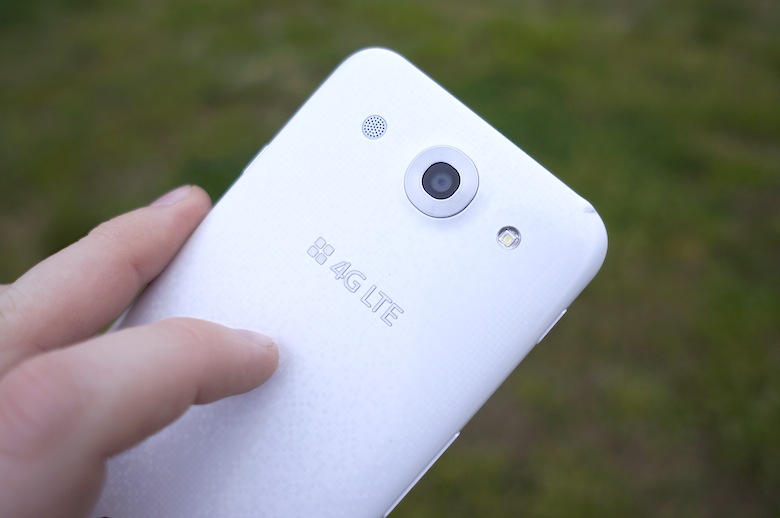 Don’t get me started on the T-Mobile G2x – the buggiest phone I’ve ever owned. I reviewed the Optimus G Pro last year and was mostly unimpressed. The Verizon version of the G2 I was supposed to review last year was defective, but even the After The Buzz series I did on the G2, I still wasn’t exactly moved. And I found the G Flex to be a half-hearted innovation with no real world value (and a horrible display), not the smartphone of the future like Michael said.

However, as soon as I took the G3 out of the box, I messaged Michael. “Damn. This thing is nice.” And this is one of those rare occasions Michael and I agree almost entirely on a phone.

I’m not going to bore you with a few hundred words explaining all the same things Michael noted in his written review. Rather, I’ll explain what I feel in addition to his thoughts as he doesn’t make a single point I disagree with. Here goes.

It has a QHD display? Huh. 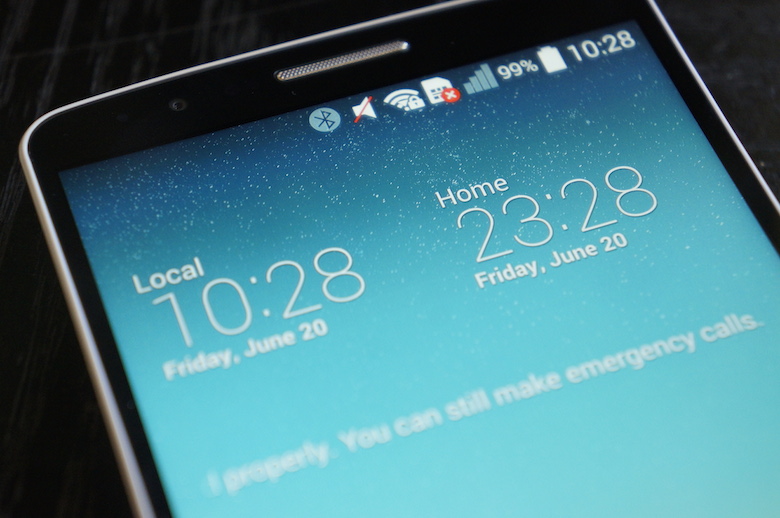 Don’t get me wrong, the display looks great. It’s gorgeous when you find the right content. Some of the stock wallpapers that come on the G3 are fantastic with insanely intricate detail, specifically made to show off the ultra high-resolution of the display. 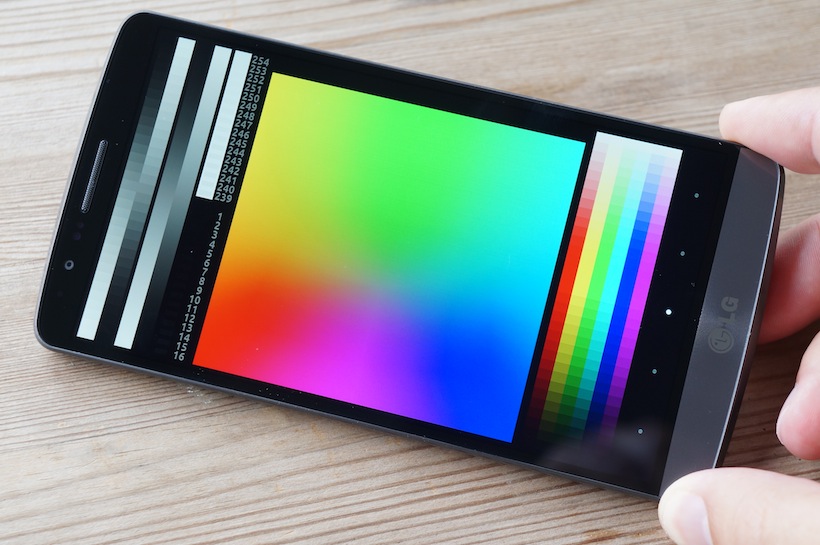 Unfortunately, despite all the detail, it isn’t the best looking display around. It’s noticeably warm, the black levels and contrast could be better, and the display washes out at certain angles. Not to mention, the display is dim. Very dim. Outside visibility is a problem.

Plus, there’s very little QHD content out there, and can you really take advantage of it from a phone?

I originally laughed at the idea of 1080p smartphones, too. The difference here is that once I tried 1080p and saw it for myself, coming from a 720p phone, it noticeably improved my experience; I could discern a difference and there was ample content for the display.

This time, I haven’t noticed any sort of benefit from the extra pixels. The only reason that’s perfectly fine is that the display, fortunately, wasn’t LG’s primary focus. Instead, it also dramatically improved the software, built a compelling piece of hardware to surround that display, and focused a lot of effort into all other aspects of the phone.

It’s a full package, or as Michael said, “more than just a pretty screen.” 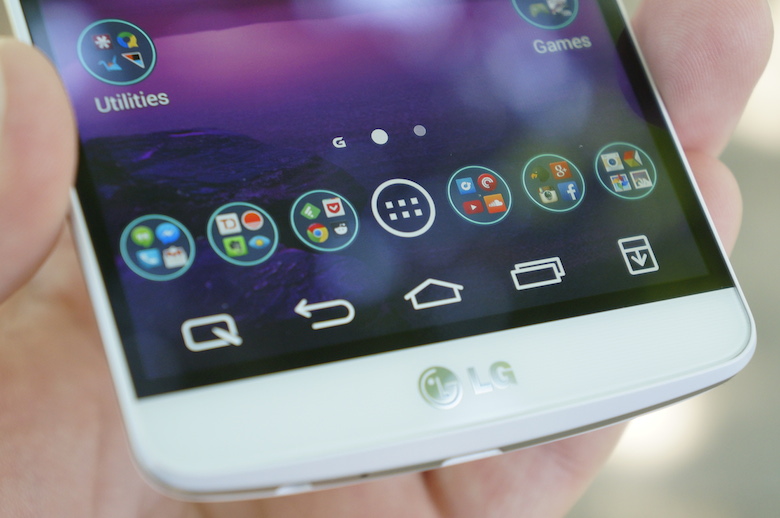 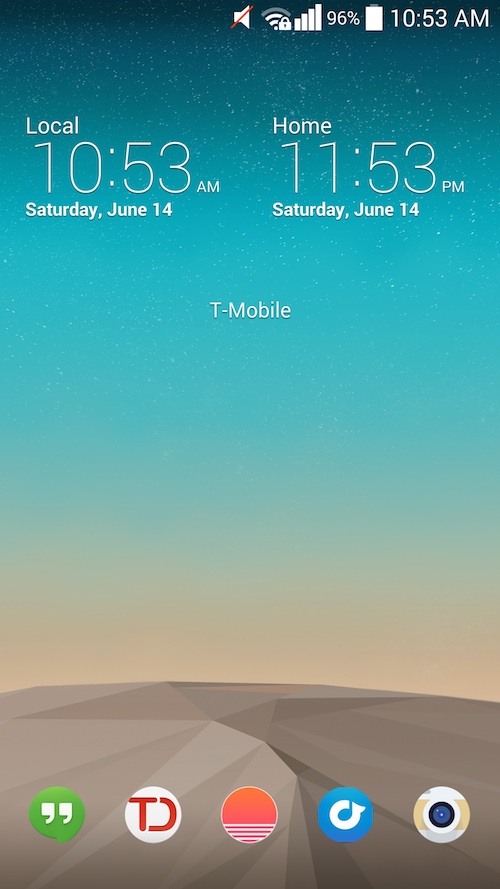 For me, LG’s software has always been insufferable. Having been stuck with a few South Korean models to date doesn’t help – those always come packed to the brim with dozens of pre-installed bloat, most of which are in Korean an unusable to this monolingual fool.

On top of that, LG has always had a penchant for building in frivolous animations and other bits and bobs into its software – a few hideous, user-definable fonts, a small selection of ugly themes, and among other things, some of the creepiest ringtones … ever.

This year, LG took several steps in the right direction.

The software isn’t perfect. The Settings app is still more cumbersome than it needs to be; the Recent Apps screen is disorienting; the animations are still overdone; and half the notification shade is taken up by quick settings toggles, QSlide apps (which can be disabled), and brightness and volume sliders. And why does QVoice even exist?

All that said, the software looks better than ever. Visually, I like it better than any other OEM skin. The flat UI elements are great, the soft pastels are beautiful, and the overall appearance of the the UI is very clean. It’s quick to get cluttered, though. But it’s well within the user’s ability to make the UI as cluttered or minimal as they desire through customizable navigation buttons and home page customizations.

OEM Android skins are finally starting to look better and LG’s is no exception. In fact, it’s one of the best looking Android UIs out there, even if it’s a little overbearing at times. 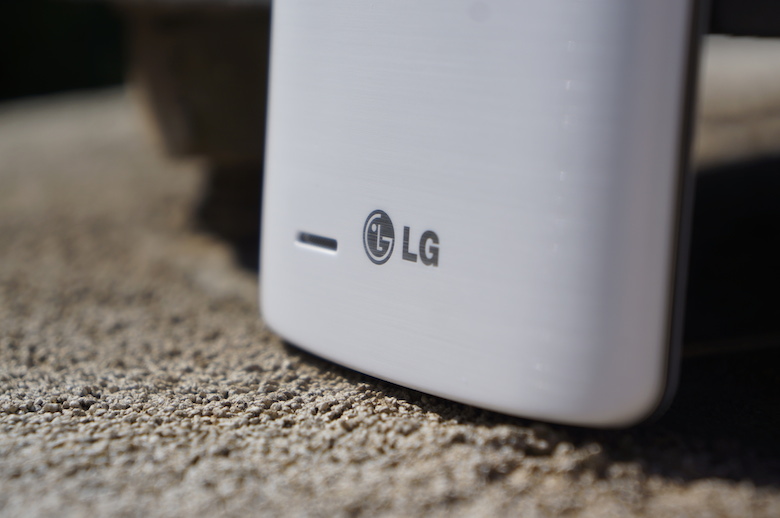 I have no problem calling out an ultra high-end smartphone when it looks like a cheap toy. Samsung, especially, is known for its overuse of plastics that not only look cheap, but also feel cheap. LG has been known for it in the past, as well. The G2 was a slimy mess; the Optimus G Pro sounded and felt like a hollow, plastic Happy Meal toy when you pressed the physical Home button; and I recently reviewed the Lucid 3, the worst of them all. 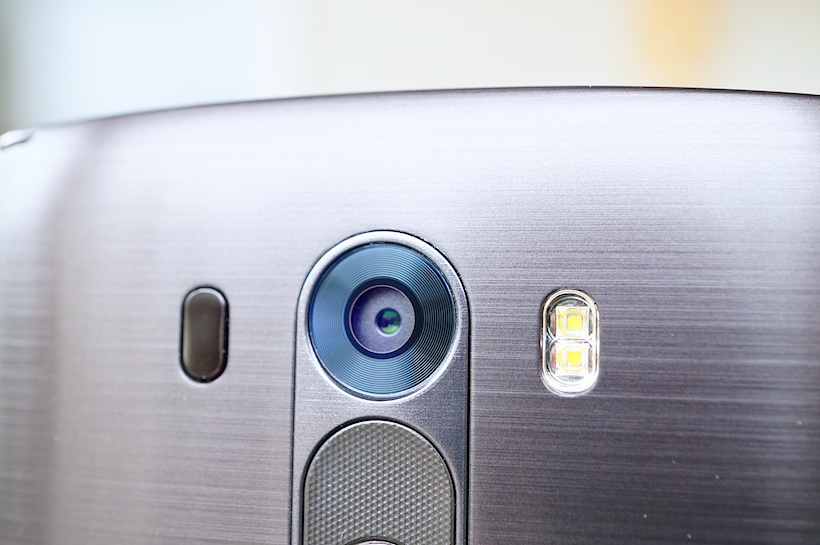 All the while, I’ve made it very clear. There is cheap plastic, and there is a much nicer, premium plastic. All the Lumias, for instance, look and feel great. The One X and Moto X, both all-plastic phones, were two of my favorite smartphones of all time.

My problem stems from all the faux embellishments, as if the manufacturer is trying to hide how it skimped on the materials. But Samsung, LG, and all the others weren’t fooling anyone.

I expected the same from the G3. I was wrong. Very wrong.

The result is a phone that not only looks nice, it feels nice, too. It feels and looks worth the asking price. 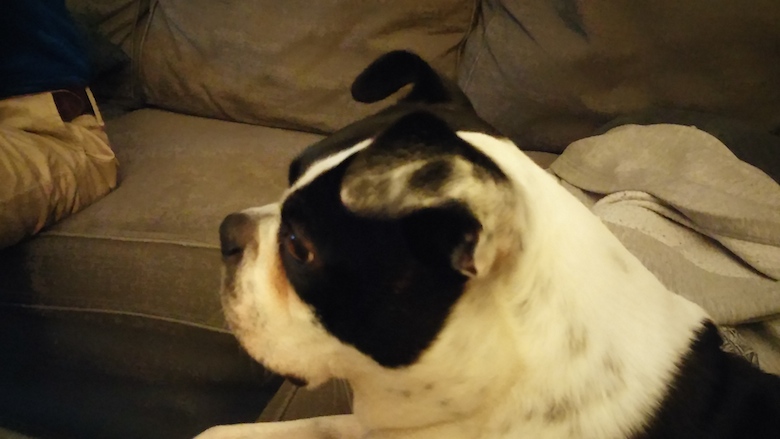 I was surprised to find the camera is not exactly a highlight of this phone. With laser auto-focus and OIS+, the 13-megapixel image sensor looked promising from afar. Up close and in action, it’s really anything but. It’s par for the course. It takes fantastic photos in broad daylight, but the second lighting becomes an issue, photos take a turn for the worse. The OIS+ doesn’t seem to help low light performance very much. In poorly-lit scenes, detail and textures are replaced with soft, blurry edges which resemble an oil painting.

Granted, there are far worse cameras and very few smartphone cameras perform well in such situations. However, it’s sad that one of the few Android flagships that comes with OIS doesn’t capitalize on the technology. 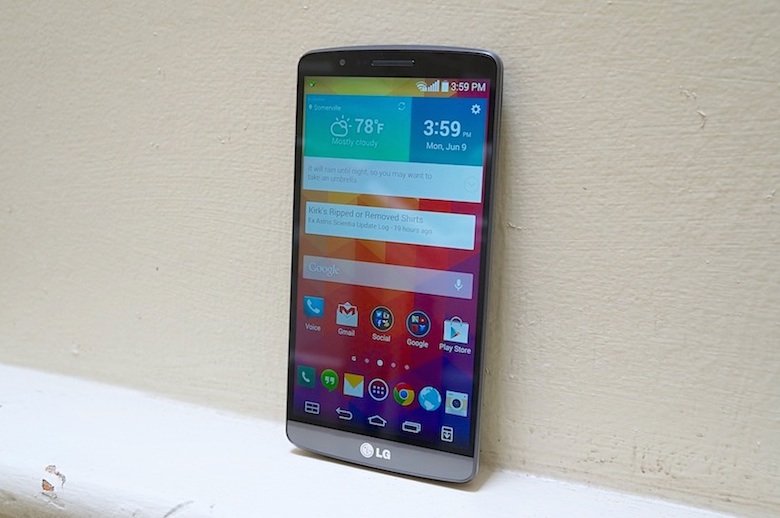 The other factor that somewhat tainted my experience with the G3 is the fact that it’s the South Korean model. It isn’t optimized for use here in the US, and on T-Mobile here in the Charlotte metro and Winston-Salem areas of North Carolina, I’ve been dealing with 3G. It’s not the end of the world; I’ve had far worse. The Xperia Z Ultra I reviewed last year was stuck on EDGE and the Oppo Find 7a couldn’t access data.

Still, the G3 made a great first impression on me. That doesn’t happen often, and I wanted the full experience. Instead, I got a week or so with a G3 stuck on 3G with no real way to approximate battery life. And though any battery life findings would be moot anyway, mine are especially useless. Last Saturday, I sat in my apartment using 3G for an hour and a half and the battery life had only dropped to 90 percent. I left and went to lunch down the street with my mother. I was there for an hour and a half and when I left, the battery had dropped to 52 percent after a handful of pictures and two photo shares to Instagram.

I would love to see how this phone fares as a US model. 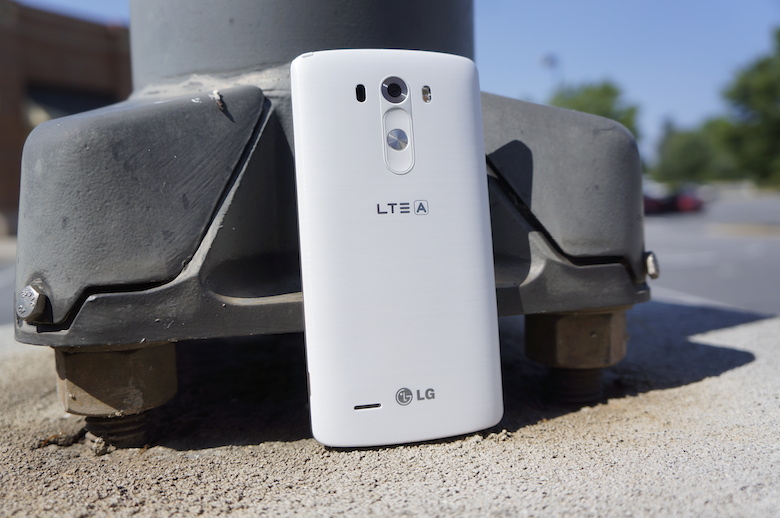 Frankly, the G3 surprised me. I’m a cynical, old “curmudgeon” (as Michael often calls me) who, recently anyway, turns his nose up at a lot of things. It’s not intentional, it’s just how jaded a lot of new and ballyhooed products make you after years of doing this job. I’m not as easily impressed, and I simply don’t buy into gimmicks.

Albeit brief, my time with the LG G3 was pleasing and educational. There are still things I’m not a fan of, like the rear-facing buttons. But even those are growing on me.

The G3 is proof that LG is maturing as a smartphone manufacturer, and for the first time ever, it has tempted me to buy one of its mobile products … without Google’s help. 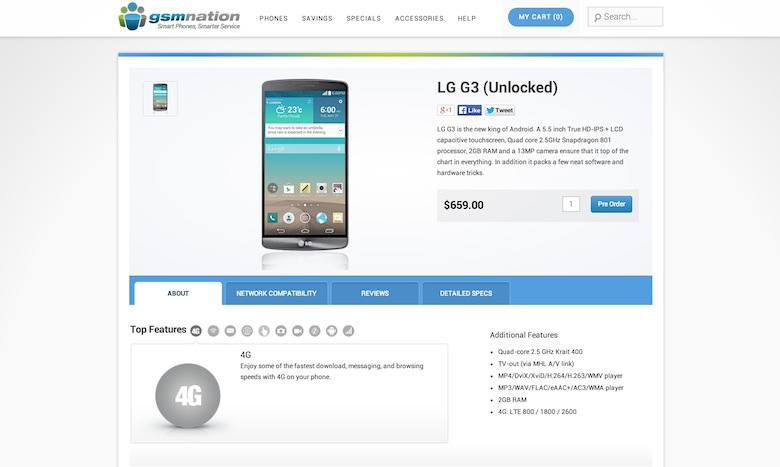 We want to extend one final thanks to GSM Nation for providing us with a LG G3 review loaner! If you’re in search of a G3 to call your own, you can currently pre-order it from GSM Nation for $659.00.