Our LG G3 Beat vs Sony Xperia Z1 Compact specs comparison tells us that these phones are vastly different, yet they have much in common. Find out why here.

When it comes to small phones, Sony’s Xperia Z1 Compact has reined supreme for most of 2014, with no real competitors in sight. Now that there’s a new kid on the block, we decided to quickly compare the two through specs — so here is LG G3 Beat vs Sony Xperia Z1 Compact.

This one’s pretty much a no-contest. It’s pretty ridiculous how the Z1 Compact is able to massacre the G3 Beat in almost every spec, and it’s mainly because one’s a flagship-class phone while the other is clearly a midranger.

In both our comparison with the Galaxy S5 mini and One mini 2, one thing remained consistent — the battery is what’s keeping this thing from getting swamped on the specs front, and that’s not changing in this Z1 Compact comparison.

While in specs the G3 Beat has been beat three times over at this point, a phone’s final score always comes down to usability and real-world performance, which we can’t measure until we get our own paws all over the G3 Beat.

Take a look at our full LG G3 Beat vs Sony Xperia Z1 Compact chart below. 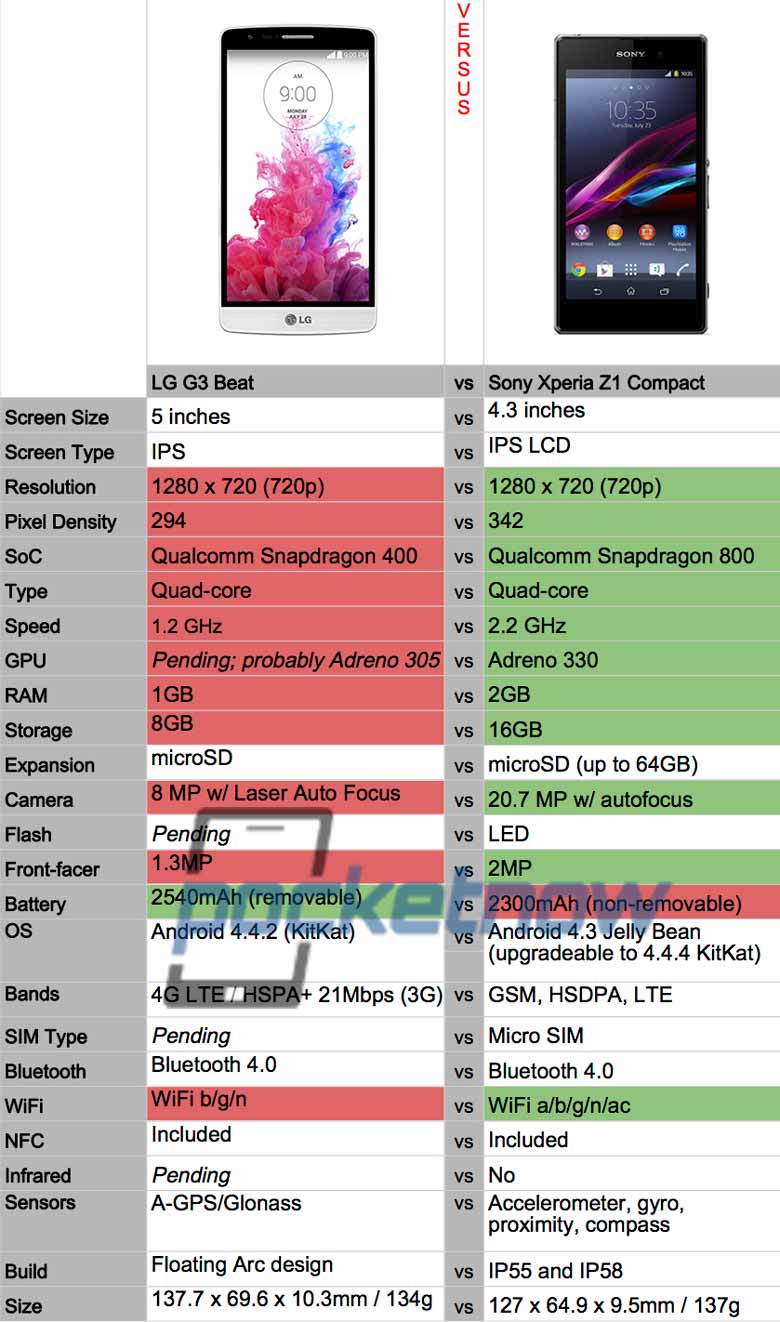