Here is our complete specs comparison of LG G3 Beat vs Samsung Galaxy S5 mini. Which mid-ranger comes out on top when both go head-to-head? Find out here.

Now that the LG G3 Beat has been announced, it’s time to start talking comparisons between it and 2014’s other mini phones, including Samsung’s own Galaxy S5 mini. As we don’t yet have review units of either, spec comparisons will have to suffice for now, so let’s do it — this is LG G3 Beat vs Samsung Galaxy S5 mini.

On paper, there’s one clear winner between the S5 mini and the G3 Beat — the Samsung takes the cake in almost every department, but remember that specs are almost never an exactly accurate gauge of performance. Things such as OEM skins and component quslity will determine performance in real-world situations, though specs certainly can give some sort of a preliminary read.

On the spec sheet, the G3 Beat only wins in the battery size departments, while the S5 mini takes the cake for a host of different metrics. Take a look at the full LG G3 Beat vs Samsung Galaxy S5 mini chart we’ve graciously compiled for you below, and let us know which one you’d rather have down below in the comments section while waiting for even more G3 Beat follow-up coverage (including a comparison to the HTC One mini 2). 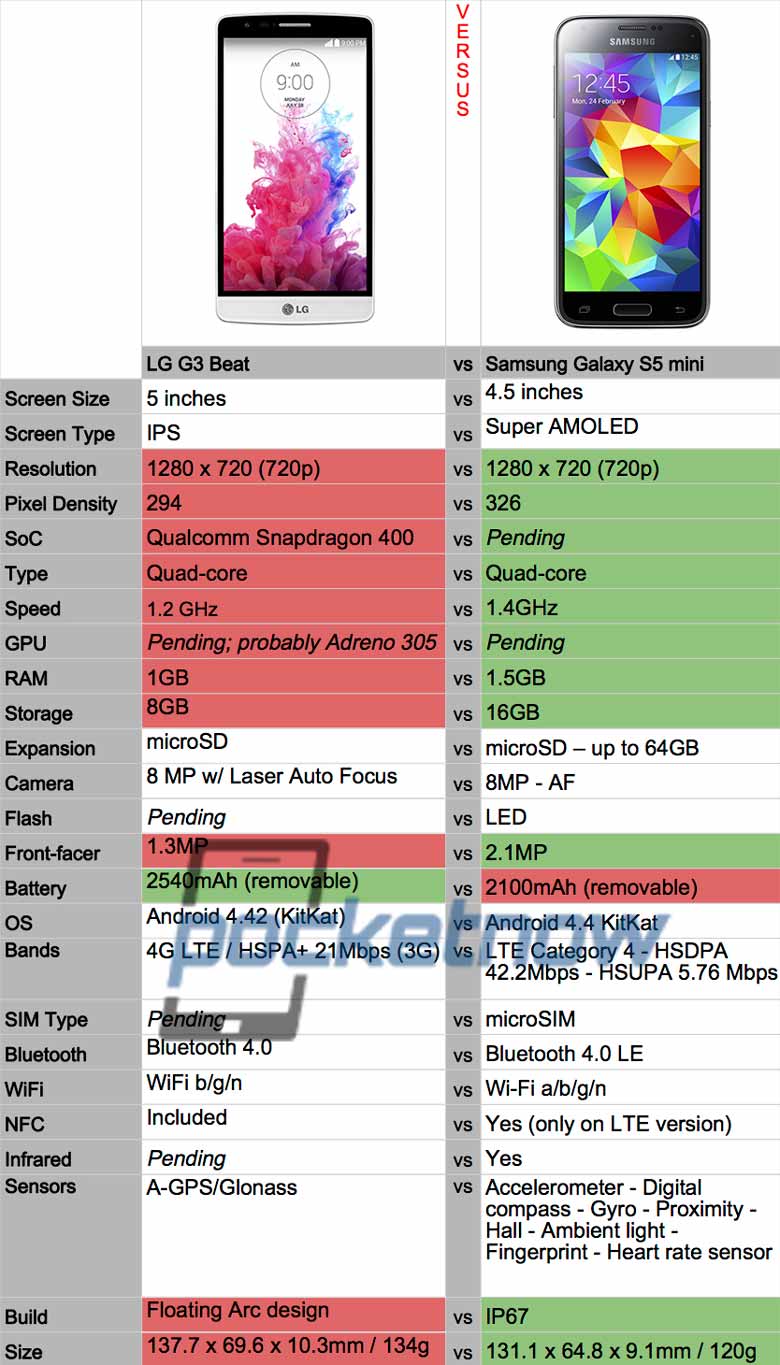