See the the G3-look-alike LG G3 Beat for China, and learn how it’s getting wrapped-up in the rumors of a G3 Mini.

Rumors about an LG G3 Mini have been bumping around since well before the G3 itself made its debut, and lately those rumors have talked about the G3 Mini correcting one big oversight from the G2 version of the phone: that whole “mini” angle. Because while with a 4.7-inch display the G2 was legitimately smaller than the 5.2-inch G2, we’re much more used to Mini-branded phones coming in around 4.5 inches or smaller. And indeed, rumors earlier this month pointed to the possibility of a 4.5-inch G3 Mini. But today we’re learning about a new G3 family member, one with a 5.0-inch display, and are already hearing this model referred to as a “G3 Mini.” Just what’s going on here?

The model in question appears to be formally dubbed the G3 Beat, and packs a 5.0-inch 720p display, 1.2GHz quad-core SoC, 2GB of RAM, 16GB storage, and offers dual-SIM support. It’s due for launch in China, and like the G3 proper, will reportedly support QuickCircle cases.

But is this the G3 Mini or not? We see that term thrown around in the reporting on the phone, but considering the translations issues at play, we wonder if the term’s not being used more descriptively – certainly, even as a five-incher the G3 Beat looks the part of a “mini” G3.

Seeing as the 4.5-inch nature of the phone we had been calling the G3 Mini was confirmed in official import paperwork, it seems clear we’re looking at two different devices. And until we see LG formally dub the G3 Beat as its G3 Mini, we’re holding out hope that another, smaller G3 is still in our future. 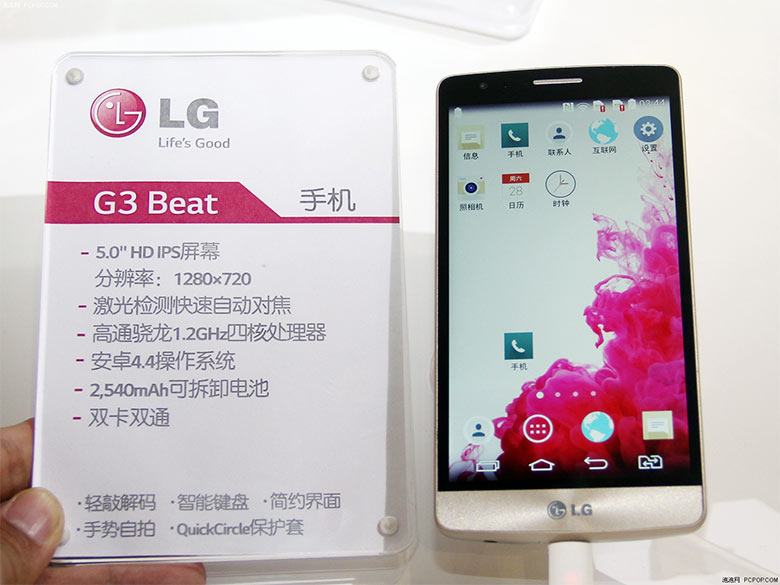