One of the biggest challenges that wearable-tech manufacturers face is how to power such a small device for a decent period of time. Google Glass isn’t the best when it comes to battery life, and so is the Galaxy Gear. Now if there’s one device that we’ve generally praised for its battery life, even though not a wearable is the LG G2, and rumors have it that its technology will power the iWatch.

Lots of reports had Apple using solar batteries to power the iWatch, but it turns out that these batteries can only provide one tenth of the battery life that a regular lithium-ion battery can provide, and that it’s the biggest reason why the first-generation iWatch will most-likely use conventional batteries. As a result of this, reports have it that Apple has chosen LG Chem technology to power the iWatch, and more specifically the same Stepped Battery technology that’s made us all admire the LG G2.

Obviously it’s still too early to predict if this decision is final, but at least we know that Apple is focused on the right direction for one of the features that annoys us the most about a smartwatch today. Let’s hope Apple uses LG’s technology in more than just the iWatch, as the iPhone needs to benefit from this as well. 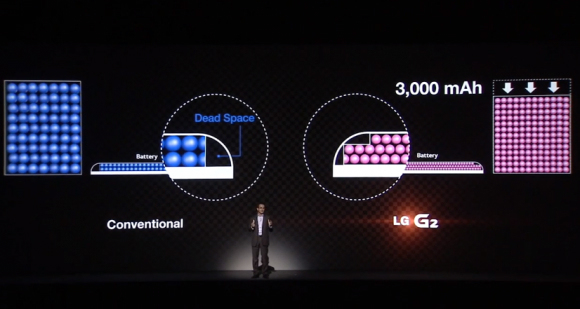 Source: The Korea Herald
Via: BGR