August 7 is upon us, which means that it’s finally time for LG’s latest launch event. This morning, in New York City, LG President and CEO Dr. Jong-seok Park took to the stage to formally announce the LG G2.

Much in the same vein as Motorola’s people-focused Moto X campaign, LG is emphasizing the G2’s ability to reach out to meet consumer needs without being solely about technological innovation purely for the sake of innovation. 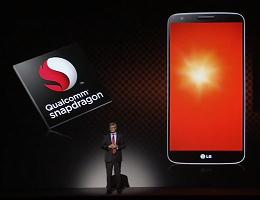 LG is particularly enamored with the G2’s design, calling attention to the rear volume and power controls that have already found it so much attention. You can even use them to actuate the camera’s shutter, for taking all your selfies.

The G2 won’t be seeing any carrier exclusives in the US, coming to all four of the big carriers, as well carriers in nations all around the world. Where available, the G2 will support new high-speed LTE-Advanced networks.

LG claims to have optimized the G2’s battery life by using denser materials than other cells employ, as well as implementing a “stepped” design to take full advantage of available space.

Besides the aforementioned volume, power, and camera operations, the rear buttons can also quick-launch the G2’s memo app; in fact, with those buttons back there, there are no physical controls anywhere on the handset’s edges.

The G2’s bezel measures a tiny 0.1 inches wide. The manufacturer was able to pull off this trick by splitting the panel’s wiring into multiple bunches, requiring less space around the edges.

Audiophiles will appreciate the G2’s high-quality sound output, capable of 24-bit, 192kHz performance (assuming you can find recordings in such fidelity).

LG adds some nice gesture controls, like being able to answer a call by just raising the phone to your ear, or wake the handset by gently knocking on the screen. Plugging in a headset will automatically bring up a tray of media apps, anticipating your usage.

A guest mode lets you limit access to apps or services when sharing your G2 with children or friends, and you can access it directly from the lock screen, with custom unlock gestures differentiating between the main account and guest.

The G2 runs a Snapdragon 800 at 2.26GHz, has 2GB of RAM (not the once-rumored 3GB), a 5.2-inch 1080p IPS display, and will be available in 16GB and 32GB configurations. In addition to the 13-megapixel stabilized rear shooter, there’s a 2.1-megapixel front-facer. The phone arrives running Android 4.2.2, and comes in both black and white. It will come to markets around the globe over the course of the next two months.