Both watches will go on sale later today, so you might be thinking LG G Watch vs Samsung Gear Live. Find out which is better in our spec comparison here!
Published 25 June 2014, 16:54 EDT

The LG G Watch and Samsung Gear Live are both set to begin sales (or pre-sales) later today, so if you’re interested in purchasing an Android Wear watch that’s not the Moto 360, you’re probably debating between the two. To make the question of LG G Watch vs Samsung Gear live a bit easier, we’ve put together a table to let you quickly compare the specs of the two smartwatches.

On paper, there’s not much different between the two. There are differences in four key areas, which is what you should bring into consideration when debating which one to buy. The first is the screen. The G Watch’s 1.65-inch display is a bit bigger than the 1.63-incher on the Gear Live, and even then the Gear Live features a higher screen resolution — 320×320 as opposed to 280×280 — and thus a higher pixels-per-inch count.

The next point you should know is that the battery on the Gear Live is 100mAh smaller than the G Watch’s. While we don’t yet know how this translates into real world usage, right now our best guess is that the G Watch will do better with endurance.

The final thing as of now is the sensor situation. Both have a gyro, accelerometer, and compass, though the Gear Live also adds a heart rate monitor (akin to the Samsung Galaxy S5). Samsung’s heart rate monitors haven’t always been accurate, but this certainly looks like a plus.

Both are set to go on sale today. Who’ll be picking one up? And which one have you chosen? 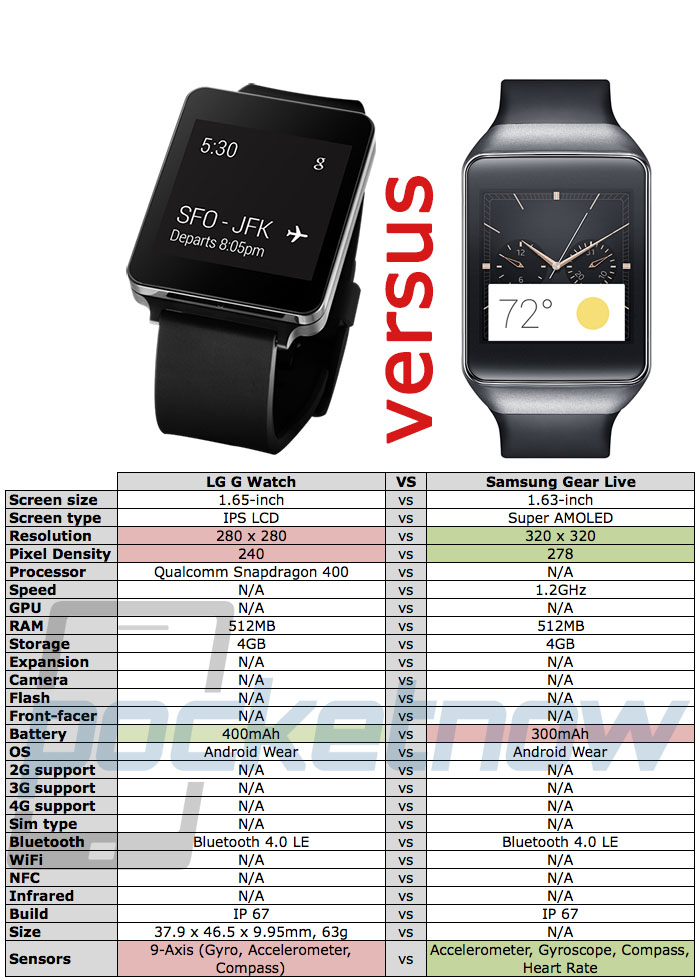 The OnePlus Z is rumored to eature a 6.55-inch Super AMOLED display with a 90Hz refresh rate.