The Nexus 5 is destined to be a pretty hot piece of kit – but it’s nothing next to the self-healing futuristic banana-phone that is the LG G Flex.

So this is kind of dumb, right?

I mean, everyone and his geeky brother is jazzed for the arrival of the Nexus 5. It’s a device so hotly anticipated it’s been leaked about 40 million times and its projected release date has come and gone three times a week since June [citation needed]. Whenever it finally lands, it will represent the cream of the crop in the pure-Google experience, a Nexus handheld with no rival.

With all this New Hotness just around the corner, and as one of the hordes of tech bloggers always complaining about the ever-thickening coat of paint OEMs keep slathering atop Android, I should be foaming at the mouth to get my hands on a Nexus 5.

But I’m not. I want a Flex instead.

To be clear: this has absolutely nothing to do with software. Readers with a solid memory (looking at you here, LG fan crowd) will recall that the LG G2 we reviewed a few weeks back initially didn’t do so well on our numeric scorecard, the most important aspect of any review, amirite?! Regardless of the subsequent shift in the final result, the G2’s downsides remain – and they’re almost exclusively found in the phone’s software.

We expect many of the same deficiencies to find their way to the G Flex when it debuts in LG’s native South Korea next month. Granted, the phone looks to feature a number of software improvements as well, including a variant on Samsung’s Multi-Window feature that we blasted the G2 for omitting. Still, all of this will most likely come swaddled in LG’s trademark UI, which … isn’t my favorite. Even Jaime Rivera, who disagreed with much of my review, hates the G2’s overdone interface. The Nexus 5’s software experience is virtually guaranteed to be superior.

But it doesn’t matter. I still want the Flex (and no, I’m not calling it the “G Flex,” because it sounds better my way). Here’s three reasons why. And yeah, I’m about to get a little unreasonable because I’m pretty amped on this thing. So you Nexus 5 fanboys should get your angry comments ready.

All that software jaun can be removed 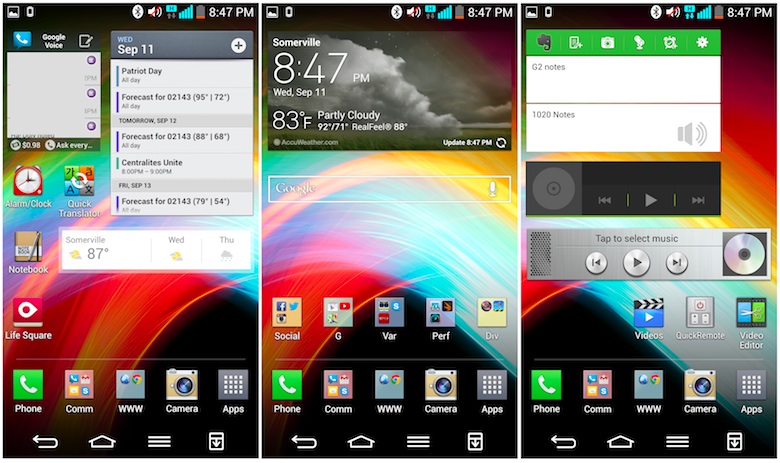 As listeners of the Pocketnow Weekly already know, I’m not a huge fan of rooting my Android devices. I like to keep the out-of-box experience untweaked for as long as possible. Part of that is due to the fact that nearly 100% of my new Android phones are review units, and I’m usually trying to get a feel for what the average buyer will be dealing with – but another part is that I just don’t like tweaking my phones all that much. Call it laziness, call it fear, whatever; there’s something about me that prefers the out-of-box experience.

That said, I would root the hell out of the Flex in a hot second, if it meant I could run stock Android on the thing. And even if I didn’t want to (pay Joe Levi the Android guy to) root it, I have other, simpler options at my disposal thanks to the devoted efforts of the Android community. Options like custom launchers. Options like Themer. I’d find a way to ditch that LG UI right quick.

Look at that curve 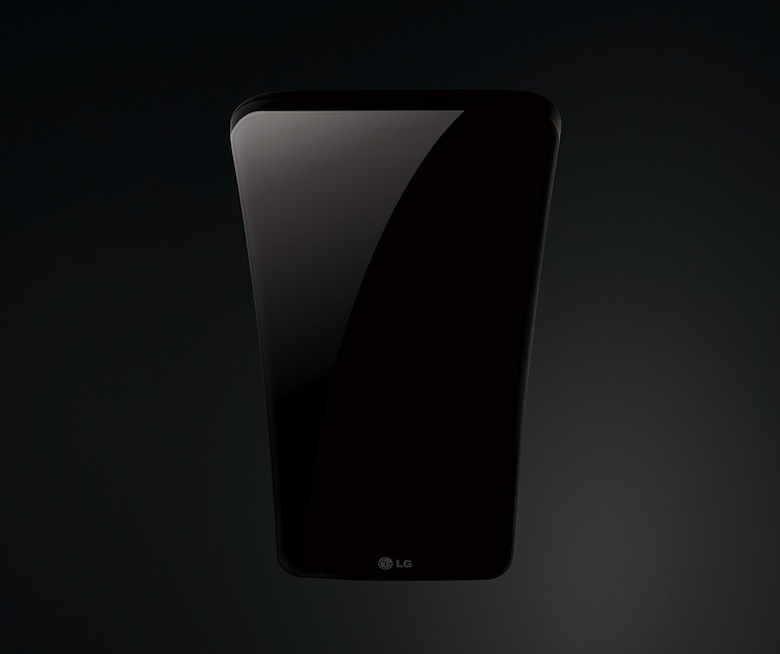 No, seriously. Look at it. Drink in the awesome that is a real-life banana phone.

Here’s what LG has to say about the phone’s curvaceous build:

The vertically curved design of the LG G Flex reduces the distance between one’s mouth to the microphone when the device is held against the ear, as traditional telephone handsets used to. The LG G Flex employs a curvature arc that is optimized for the average face, to deliver improved voice and sound quality. The curved form increases the sound level by 3dB compared to typical flat smartphones. The curved design also offers a more reassuring grip and fits more comfortably in one’s back pocket. What’s more, in landscape mode, the display offers an IMAX-like experience, with the result being the most comfortable viewing angle for watching videos or playing games.

That’s practical usability improvements, aesthetic beauty, nostalgic nod to the past, and a grandiose claim that can’t possibly be true in one freakin’ paragraph. With the exception of that BS about IMAX, that whole block of text is pure gold. And that’s without even mentioning the curved 6-inch display and curved battery that make it all possible. Plus, we’re talking about the right kind of curve here, not that janky Samsung nonsense on the Galaxy Round.

Put aside the fact that I don’t make voice calls all that often anymore. Put aside the little detail that I’m still not entirely sold on LG’s back-mounted control collective. Forget the fact that this thing probably doesn’t sit all that well on a tabletop. The bottom line is that the Flex is the biggest shakeup to come to the smartphone fuselage in a very long time (yes, it’s true – and yes, it’s sad that all it takes is introducing a few degrees of curve to get people worked up). Samsung’s sort of been here before: it faked a curvature with the Nexus S, toned it down a bit with the Galaxy Nexus, and then finally gave up entirely with the Galaxy S III. LG is mercifully reversing that trend, bringing us the first phone in a very long time that resembles something more than a straight-sided slab. Whether you’d carry it or not, this is a very good sign that the future of form factors doesn’t need to be as dull as its recent past.

It heals itself after your butterfingers mess it up

Remember the bad guys in Iron Man 3 who get juiced up by Extremis and end up able to repair all kinds of catastrophic damage to their bodies? The Flex is … nothing like that. Which is to say, after its repair job it won’t get angry and lay waste to your city before exploding in a superheated fireball. Hopefully.

What the Flex will do is repair minor scratches its soft-touch back cover picks up. By itself. Within minutes.

That’s LG’s claim, anyway. We’ve reached out to the company for comment on this, but until they get back to us with something more concrete, we’ll have to take the word of their press release. Well, we don’t really have to, but let’s assume for the moment that this is true:

Among the several new technologies, the LG G Flex is the first smartphone to apply a “Self Healing” coating on the back cover. The elastic coating has the ability to recover from the daily wear-and-tear scratches and nicks that un-cased smartphones are likely to receive, keeping the G Flex looking newer longer.

Okay, that’s nowhere near as cool as an Extremis auto-repair job. But it’s still the first coating of its kind (that I know of) to be included with a phone right out of the box. And since you’re not going to want to cover up the Flex’s beautiful banana-hull with a case anyway, it makes perfect sense for LG to include this new finish on this exact phone. So it’s practical, in addition to giving you the ability to tell your friends with a semi-straight face that your phone heals itself.

So we’ve got a phone with a 6-inch curved display and thoroughly modern specs packed into a groundbreaking new curved chassis made of a material that heals itself. And you want me to get excited about a minimalist hunk of matte plastic whose only role is to get out of the way of the software?

Well, okay. That’s not fair. The Nexus 5 looks to be bringing a lot to the table that outdoes the Flex – not the least of which is its higher-resolution 1080p display and optically-stabilized camera. And to tell you the truth, I am excited for the Nexus 5. Not because I’m required to be, but because it’s a Nexus device. You get excited about those, because Google very rarely disappoints when it comes to them.

But given the choice between the two, I think it’s pretty clear which one of these is doing more to push the boundaries of the smartphone world. I haven’t been this excited for an LG device since … actually, ever. The company may have taken a direction I disagreed with in the form of the plastic and pedestrian G2, but if the Flex is any indication of what we have to look forward to from LG, sign me up. Because this thing looks awesome. Even if it’ll forever be associated with one of the most annoying songs ever.

(You knew you weren’t getting out of here without being subjected to this.)