Looks like LG is preparing a lot of things for 2019. At least, that’s what we’re making of all the rumors and leaks indicating that cool gadgets might be on their way, like bendable smartphones, possible names for them, and Sound on Display screens on phones. Now a new trademark filing has been uncovered filed with both WIPO and USPTO and published at the end of last year.

It describes a foldable smartphone which, unlike the Samsung prototype, is outward folding. This eliminates the need for an outer display, and, judging by the construction, it is based on a hinge which you need to pull to unfold the phone, but then it locks it in place. The image below should give you some more visual clues as per what we’re describing.

The user interface will, normally, adapt to the folded or unfolded state, and then owners will be able to choose which side of the unfolded display an app is displayed on. It is a patent filing, which means there is a possibility for this product to never become commercially available. The opposite is true as well, in which case, let us know: aside from having a “foldable smartphone”, what other benefits do you see to this approach? 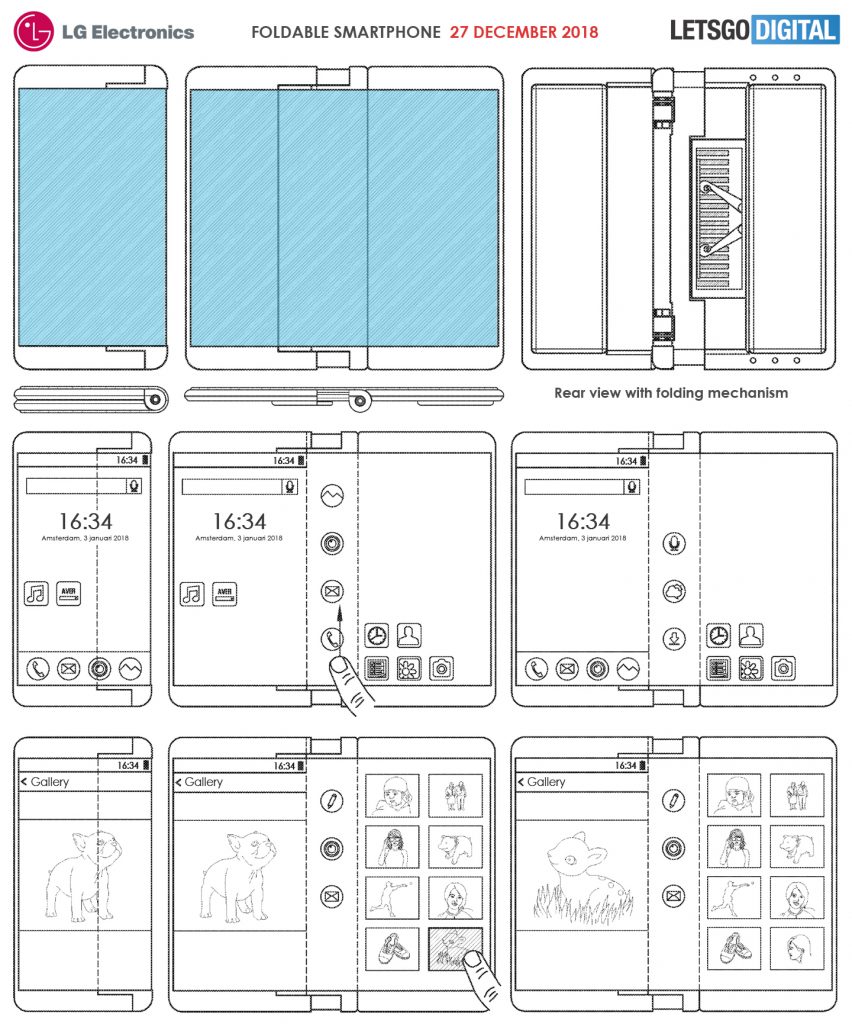