Smartphone users are becoming more and more demanding of their smartphone cameras. People are frustrated by the results of phone shooters, as mobile photography becomes more and more important in our everyday lives. This also reveals a major shift in how we communicate. We are no longer relying on text or phone calls. People prefer sending pictures or posting them to social media.

The LG V40 should be unveiled on October 3. The upcoming LG flagship will reportedly sport three cameras, to offer an optimum photography experience. With the LG V40, the Korean phone-maker is aiming to answer users’ needs and meet their expectations. After all, a photo is worth a thousand words, and LG is trying to listen to its customers, and what smartphone owners want, in general, from their mobile photography gadget.

A recent survey, conducted by dataSpring at LG’s request, reveals that more than 60 percent of smartphone users prefer sending photos instead of text. The survey was conducted in September 2018, on 1,000 users in the US and Korea. The study shows that smartphone users are taking more and more pictures with their devices. However, more than half of them are not satisfied with the quality of the shots produced by their phones.

While 82 percent of users utilize their smartphone for phone calls, 80 percent are using their devices for social media. This is a clear indication that people are slowly moving towards other means of communication. However, a much higher, 87 percent of users, are taking at least one photo a week with their smartphones. Smartphone photography aficionados are young individuals between ages of 20 and 30, and 75 percent of them post photos to social media on a regular basis. While Americans post selfies and family pictures, Koreans love their travel and food pics.

The key point of the survey is the conclusion that 61 percent of those interviewed said they prefer sending a picture instead of text. This is a clear indication of a new behavior, and smartphone manufacturers should take notice in delivering the best photo experience on their products. This is especially true in the case of 51 percent of those surveyed that said they were not satisfied with the resulting photos. “The top complaints are on low-light photo quality, pixelated photos when zoomed-in and the lack of wide-angle lens to capture more of the background“, says LG. 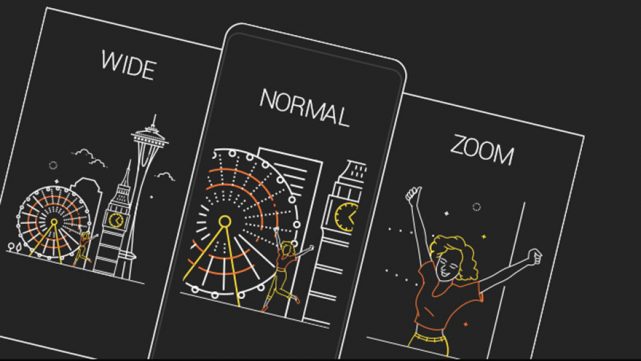 It’s not all about bad cameras. 54 percent admitted that their lack of photography skills is the main reason for a bad photo. However, looking at the bigger picture, LG concludes that the smartphone camera has to deliver on five key features:

The survey also reveals some fun facts. Women are twice as likely than men to pick a smartphone because of its camera’s photo capabilities. 63 percent of users are unhappy with the composition and framing of their pictures, while 83 percent want their smartphone camera to be able to take multiple angles of the same subject.

Two out of three women between ages of 20 and 30 have problems snapping pictures of moving subjects (pets or animals), and “50 percent of consumers always look for the best photo spot to be posted on social media”.

You can find the detailed infographic below.

Today’s best deals come from Amazon, Samsung and Best Buy, where you can find the Samsung Galaxy S21 for as low as $75

Just to make things clear, even if your phone has an HD or FHD display, you can set the playback quality to 4K in the YouTube app for Android