An updated Lenovo ThinkPad X1 Tablet, X1 Yoga and Carbon have also been made official in Las Vegas to complete the company’s impressive CES 2017 roster.

Lenovo truly brought its A game to the 2017 Consumer Electronics Show in Las Vegas, with a rich, eclectic and versatile product lineup including a work-in-progress low-cost premium VR headset, as well as an Alexa-powered “Smart Assistant”, Surface Pro 4 slayer, and a new trio of high-end ThinkPad X1 computers that are all just about ready for primetime.

The updated ThinkPad X1 Carbon and X1 Yoga will start selling together next month, although fans of ultraportable, convertible laptop designs should focus first and foremost on the revised $950 and up Lenovo ThinkPad X1 Tablet, coming to US stores in March.

This 12-inch beauty features not only a full-sized detachable keyboard, but also optional Presenter and Productivity modules to easily add a projector or 5 hours of extra battery life to the equation. Speaking of, the up to Intel Core i7 Kaby Lake-packing hybrid Windows 10 machine promises 10 hours of autonomy to begin with, not to mention LTE-A connectivity as standard, and somehow, both a robust, military-grade build and relatively lightweight 2-in-1 body tipping the scales at 2.35 pounds. 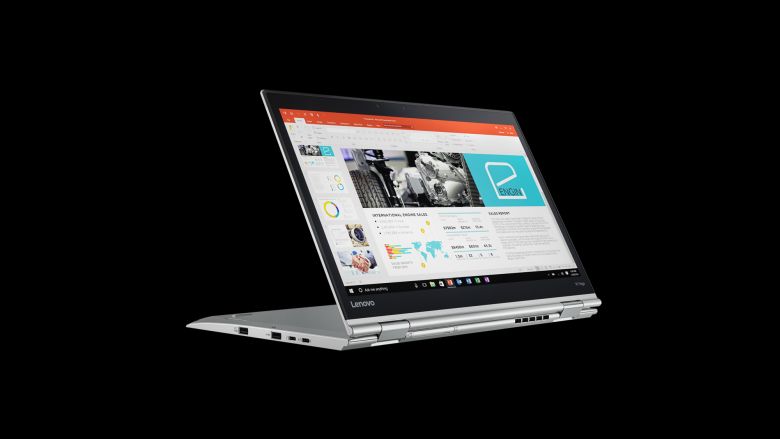 Don’t get us wrong, the 2.5 pounds or so 2017 ThinkPad X1 Carbon or 3-pound and up new 14-inch Yoga are far from desktop slackers themselves. It’s just that you may appreciate being able to seamlessly turn the overhauled ThinkPad X1 Tablet into, well, a traditional tab, starting at 1.69 pounds and 8.45mm thickness.

Then again, the X1 Carbon is predictably billed as “one of the thinnest, lightest and most durable notebooks around”, with no compromises at all, while the X1 Yoga can twist and turn, courtesy of a 360-degree hinge, excelling with a “redesigned rechargeable pen, great visual experience and improved unique keyboard.”