While headphones and speakers with built-in Google Assistant functionality are nothing new, as both the search giant itself and various third parties continue to ramp up efforts to provide robust alternatives for Alexa-powered devices, the very first smart displays have just been announced at CES 2018 in Las Vegas.

Only two of four companies confirmed as Google Assistant “smart display” manufacturers are actually ready to showcase their market pioneers, with LG and Sony set to follow later on.

The Lenovo Smart Display will be available “early this summer” in 8 and 10-inch variants priced at $199.99 and $249.99 respectively, while Samsung subsidiary Harman International doesn’t care to share pricing info for the 8-inch JBL Link View, also due out sometime in the summer. 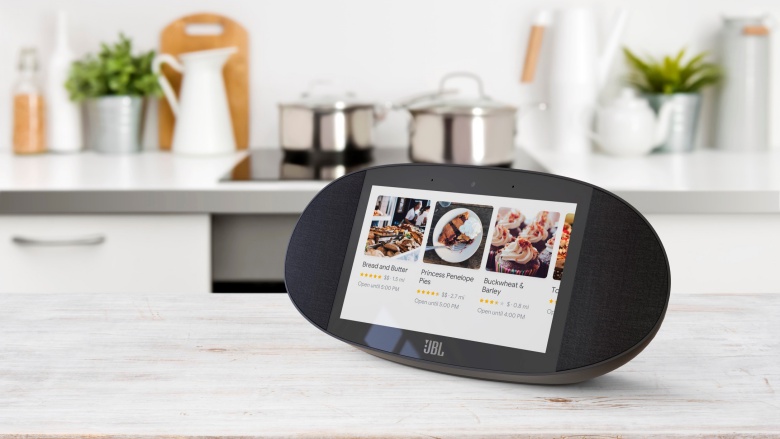 What we do know about the Link View is that its 8-inch HD touchscreen comes flanked by a pair of front-firing stereo speakers, each carrying 10W output power, as well as a rear-facing passive radiator.

High-end JBL Signature Sound technology with rich, deep bass is another unique selling point, alongside a compact design with “premium materials that easily wipe clean”, making it ideal for kitchen use.

Meanwhile, Lenovo is highlighting the “minimalist, modern design” of its own Smart Display,  as well as “vibrant” Full HD screen resolution (for the 10-inch model only), and 10-watt full-range speaker power.

Both products can answer a number of voice commands, control a wide range of smart home accessories, play YouTube videos (with minimal hassle), and carry out Google Duo video calls.