If a high-profile phone doesn’t get @evleaked ahead of its formal announcement, you can probably bet the farm on it at least prematurely popping up online courtesy of Twitter’s second most prolific tipster, @OnLeaks, aka Steve Hemmerstoffer.

The French journalist just got the scoop from Weibo on Google and Lenovo’s first ever Project Tango device headed to retail, which Evan Blass expects to be called Phab 2 Pro. While its origin story is likely similar to that of the Motorola Moto Z, this bad boy isn’t only considerably larger, at 6.4 inches, but altogether looks different.

The Lenovo Phab 2 Pro carries a unique and, well, bizarre trio of cameras on its back, needed to facilitate various indoor navigation, 3D mapping and augmented reality schemes, plus a centered circular fingerprint scanner, two distinctive logos (Tango and Lenovo), and HTC or iPhone-comparable antenna bands. 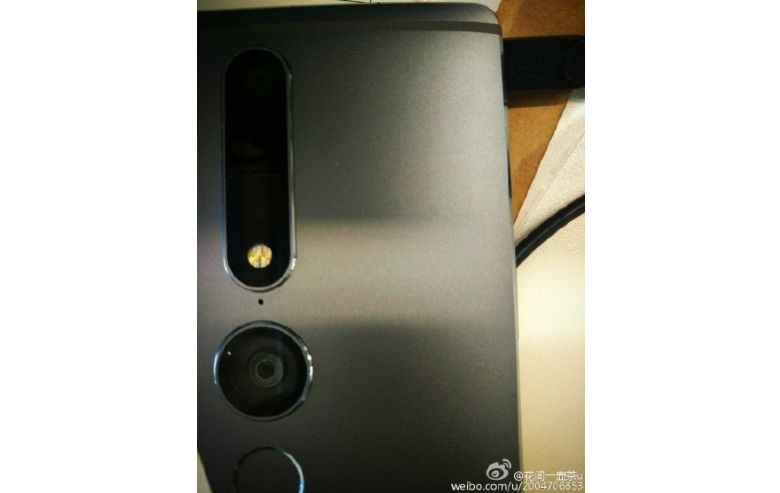 The innovative phablet is thus obviously metal-clad, while the front panel presents rather thick bezels and three surprising capacitive buttons. Assuming both the purported press render and hands-on live shot of the product are legit, of course, which feels reasonable to believe. Even if you choose to stay skeptical, the truth shall come out in less than 24 hours.