Lenovo almost definitely has non-flagship Moto E4 and Moto C phones in the pipeline, but it’s hard to be certain of the two’s specs right now.

The guessing games can finally stop now as to what ugly non-flagship Android phones Lenovo plans to sell as part of the Moto-branded family next. It’s still possible there’s also a 2017 X in the pipeline, but that blurry (ev-) leaked render from last week has been confirmed by Evan Blass himself as depicting an unreleased Moto E4.

It’s obviously going to be a little awkward to see the brand new E4 in stores before long next to the slightly older Moto G5 and G5 Plus, although Lenovo should probably be more concerned about this upcoming 5-incher’s archaic specs.

According to a regulatory document uncovered in Indonesia, the Lenovo-made Moto XT1755, which is most likely the E4’s model number, sports a cringey FWVGA display (that’s an 854 x 480 pixels resolution for those unfamiliar with 2010 mobile lingo), as well as humble 5 and 2MP cameras, 2300mAh battery capacity, 16GB internal storage space, and RAM options ranging from 1 to… 4GB?!? 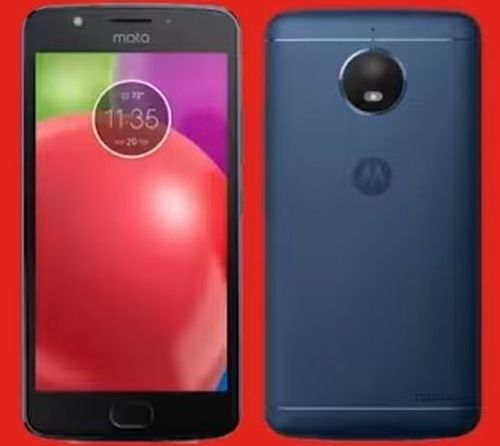 That last part is almost definitely a typo, and perhaps we shouldn’t be so certain of the rest of the specs belonging to the Moto E4 after all. A while back, a near-identical set of features was attached to the XT1750, which we’re starting to believe is one and the same with an even uglier, lower-end-looking Moto C recently rendered a couple of times.