The augmented reality game features Lenovo’s mixed-reality hardware expertise in the Mirage headset. Will it become its own thing?

The Mirage will be exclusive to Disney‘s first franchise home AR product for the time being, Engadget reports, but if and when it does break loose as something of its own right, it seems that it will be able to take both Android and iPhone devices. 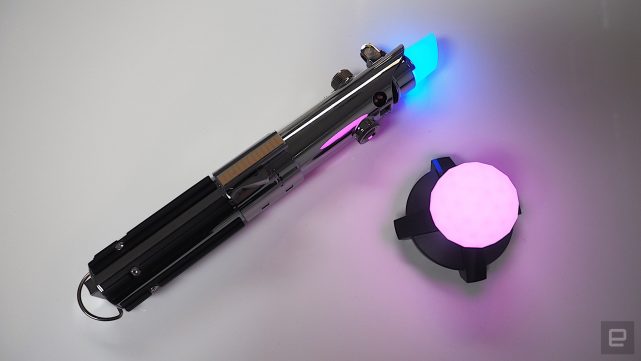 Speaking of the Lightsaber, the 550mAh cell inside of it is rechargable and is tracked by the beacon, which is placed on the floor. It has immediate haptic feedback when the blade hits another blade.

You can hit the source link at the bottom of the story for more about how the actual game will operate, but as for whether the Mirage will break away as a standalone product or if an evolved version will, there’s no certainty. One Lenovo marketer told Engadget that “if everything goes well, maybe there’s a future to expand applications in a different direction.”