Although Lenovo did manage to improve its Q2 2017 smartphone shipment tally in India compared to the same timeframe of last year, the company’s progress wasn’t anywhere as substantial as those pulled off by Xiaomi, Vivo or OPPO.

Market trends haven’t been kind for the owners of the slowly recovering Motorola brand or the dying ZUK in quite some time either, so naturally, the K8 Note unveiled earlier today aims to turn things around.

As the first Lenovo-branded handset to run stock Android (version 7.1.1 Nougat), the 5.5-incher comes with pretty lofty ambitions. So much so, in fact, that Lenovo cancelled the K7 Note midway through production, when realizing it “wasn’t killer enough.”

The “most powerful #KillerNote”, meanwhile, claims to “blow you away with #KillerPerfomance, #KillerCameras, #KillerMultimedia & #KillerExperience”, all at the low price of Rs. 12,999 ($204) in a 3GB RAM/32GB ROM configuration, or 13,999 rupees ($220) with an extra gig of memory and twice the internal storage space. 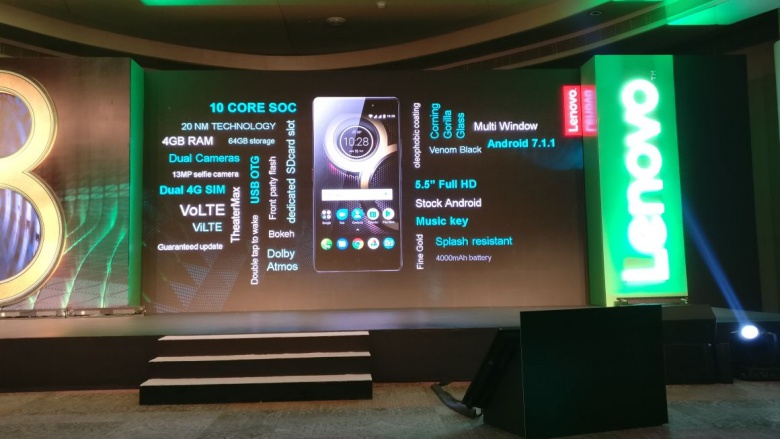 A respectable-sounding 13MP front-facing snapper handles selfies in low light and dark environments, flash and all, with the “fluidity of stock Android” obviously intended at managing the “killer experience” department.

But wait, there’s more. A massive, turbo-charging 4000 mAh battery under the hood, fingerprint scanner on the back, premium metal body with curved edges, and a Full HD screen, TheaterMax technology and Dolby Atmos speakers all contributing to the “killer multimedia” part of the equation.

Sales kick off exclusively at Amazon India on August 18, at 12 PM, and it sounds like you may want to be among the first in line for this first of hopefully many stock Android bargains.

HONOR 30 will reportedly feature a 50MP custom Sony sensor and will also pack a periscope camera akin to the HUAWEI P40 Pro.