Curious about the new Lenovo IFA launches? Learn what the company had to introduce at the trade show this week.
Published 05 September 2013, 16:11 EDT

One of the nice things about expos like the IFA is that they give us an opportunity to look at the hardware from manufacturers that don’t necessarily grab our attention too much otherwise. Take Lenovo, for instance: it’s been churning out Android phones, as well as a bunch of tablets, but its models just haven’t yet managed to captivate us like ones from a Samsung or HTC might. Could it finally be time for that to change? Lenovo has brought a few new devices to show off at the IFA this year, and today we hear about a new Android phone and tablet. 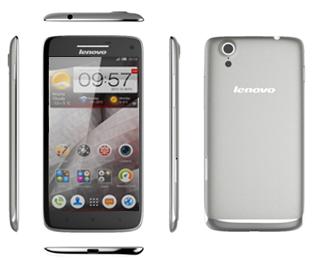 First up, there’s the Vibe X, Lenovo’s new smartphone with a five-inch 1080p display. The phone runs Android 4.2 on its 1.5GHz quad-core MediaTek SoC, has 2GB of RAM, 16GB storage, and packs a 2000mAh battery. Maybe the most interesting thing about the phone are its cameras; there’s a 13-megapixel rear shooter but also a surprisingly high-res front-facer, coming in at 5 megapixels and featuring a wide-angle lens.

Right now, the Vibe X is set to launch in China next month, and though it may come to other nations, Lenovo it definitely won’t be showing up in Europe. The S5000 tablet hits retail sometime in the fourth quarter, but we don’t have anything more specific than that, nor prices on either.

Take a look at these alleged dummy iPhone 12 units, which suggest that the new devices will have to change the location of their SIM tray