Technically unveiled a little while ago, the Chrome OS-powered Lenovo 500e, 300e and 100e are brought back into the limelight at MWC 2018 for their commercial releases.
Published 26 February 2018, 03:01 EST

In addition to a couple of new high-end Windows convertibles, Lenovo is also showcasing a slightly humbler trio of education-first Chromebooks at MWC 2018 in Barcelona. If the 100e, 300e and 500e Chromebooks sound familiar, it might be because they were part of the Chinese PC-making veteran’s “broadest education portfolio ever” unveiled a little over a month ago.

The main reason we’re hearing about these again is the Lenovo 300e Chromebook and 500e Chromebook have just gone on sale in the US on the manufacturer’s official e-store, with the entire trio headed soon for retail partners in “major countries including the US, Germany, Italy, UK, Spain, Brazil and Australia.” 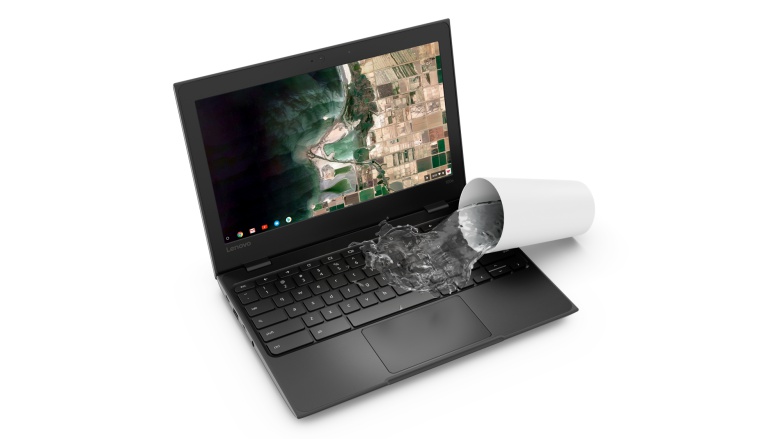 Lenovo is also focusing on “what makes them special” today, highlighting some Touch and Pen features that you probably wouldn’t expect to get at such reasonable prices. Namely, $219 for the Chrome OS-powered 100e (with availability underway next month), $279 for the 300e model, and $349 with a little more oomph on the 500e.

The Lenovo 500e Chromebook stands out mainly thanks to an EMR pen that’s not only included in the $349 retail price, but actually housed inside the 11.6-inch system weighing less than three pounds. That way, you can make sure the digital stylus is always on hand to help you take handwritten notes and whatnot. 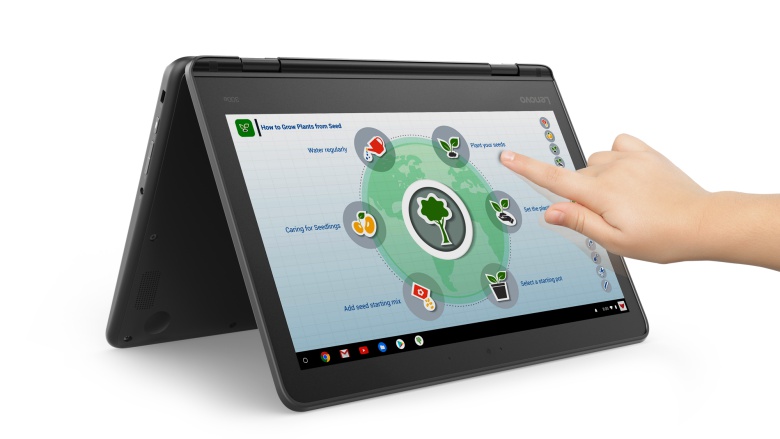 Meanwhile, the 300e Chromebook supports an advanced technology called Enhanced Touch that basically lets you interact with its 11.6-inch multi-touch display using “everyday objects.”  Standard pencils, pens and even paperclips are recognized for navigating the OS, which frankly, sounds weird rather than useful.

But the 300e and 500e with Chrome OS are both 360-degree flexible, with the full lineup sporting reinforced ports and hinges, as well as spill-resistant keyboards, withstanding typical classroom and home use pressure.

You get 4GB RAM across the board, pretty great battery life, 32GB eMMC storage, and slim designs… for such robust mini-laptops. All in all, whether you find the new Touch and Pen capabilities useful or not, these three 11.6-inchers seem to deliver solid bang for your buck.