We get an early look at a leaked Lenovo 2016 roadmap, including mention of the ThinkPad X1 Tablet with a convertible keyboard construction.
Published 03 November 2015, 16:12 EST

It may have taken consumers a little while to warm to Microsoft’s line of Surface tablets, but especially with last year’s Surface Pro 3, the line really came into its own not just as a big success for Microsoft, but also as a design competitors were interested in duplicating for themselves. Recently we’ve seen no shortage of reports identifying new tablets as potential “Surface killers,” each attempting to find the same level of success for their respective manufacturers – Lenovo found itself facing just such a label earlier this year when we saw it introduce its Miix 700. Now we’re looking at which upcoming Lenovo models might continue to try stealing sales from the Surface Pro as a leaked roadmap outlines the company’s 2016 lineup, including the ThinkPad X1 Tablet.

What makes the ThinkPad X1 Tablet a “Surface killer?” Well, we don’t know a ton about it just yet, but the leaked document identifies it as a twelve-inch two-in-one enterprise tablet. There’s a hint of a stand, and what looks like room for extra battery capacity in the base, but far more so than the Surface Pro, the ThinkPad X1 appears like a tablet with a separate dock – and less like a lightweight tablet with a detachable keyboard.

That distinction may sound like one of semantics, but at least from the tiny image available here, the ThinkPad X1 Tablet doesn’t look nearly as refined in its design as Microsoft’s tablet.

Then again, maybe we should withhold judgment until we have the full breakdown on what to expect from this hardware. With an ETA of February, those specifics could start arriving soon. 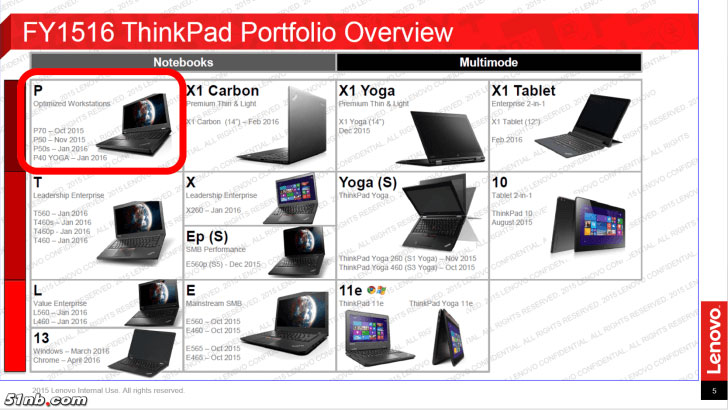 It seems that the coronavirus will keep on affecting sales, as the latest report suggests that PC shipments and iPad sales will drop