Life with the Lenovo 100S Chromebook: pros and cons

What if you got rid of the fluff and built a laptop with great battery life and an even better price? You’d end up with the Lenovo 100S Chromebook.

“Welcome to Pocketnow, your one-stop-shop for smartphones, phablets, tablets, and wearables – and Chromebooks? I’m going to have to find some bigger pockets.”

Android has been powering smartphones since 2008 when the T-Mobile G1 was released. Later on, OEMs scaled the phone-centric OS up and crammed it into tablets (Google put the brakes on that until it could release Android Honeycomb, which was specifically designed for tablets – and horrible). Google even rolled out not one, but two flavors of Android for televisions. The only experience missing was the one right in the middle: desktops and laptops.

Instead of an Android-based solution, Google decided to put a web browser in a laptop. The unholy marriage of the two was dubbed “Chrome OS”. The operating system, as its name implies, is tightly coupled to Google’s Chrome web browser. Other than the icon bar (which essentially acts as shortcuts to websites that open inside the browser) and the status bar (where you’ll find things like your clock and WiFi picker), Chrome OS looks exactly like you’d expect a lightweight OS built around a browser to look. No frills. No surprises. 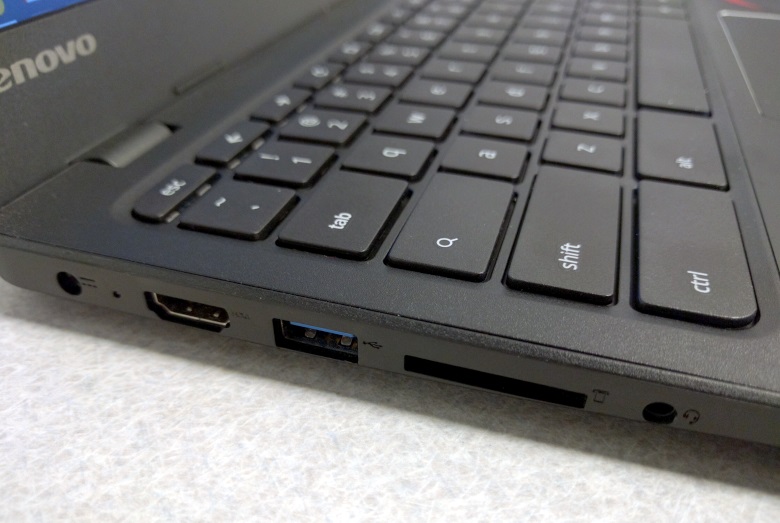 Thanks to the way Chrome OS is built, rather than needing super-high-end specs like operating systems that run on most other laptops, hardware requirements can be kept lower – which keeps prices down, too.

The display on the Lenovo 100S Chromebook isn’t super bright and it’s a little washed out, but it gets the job done. The speakers are fairly loud, but somewhat muffled because they’re situated on the bottom of the device. The keyboard is surprisingly decent, with a full 2mm of travel (which is better than many laptops), and the keys are big enough and provide enough tactile feedback to make typing comfortable (even for a guy with big hands and long fingers).

The touchpad, however, is where the Lenovo 100S falls short. Clicks registered differently depending on what part of the pad was being tapped. Some taps could be feather-light, but others required a significant amount of force. Thankfully, Bluetooth is built-in, so you should be able to pair a dedicated mouse to the Chromebook, though that’s something we didn’t get around to in our review. 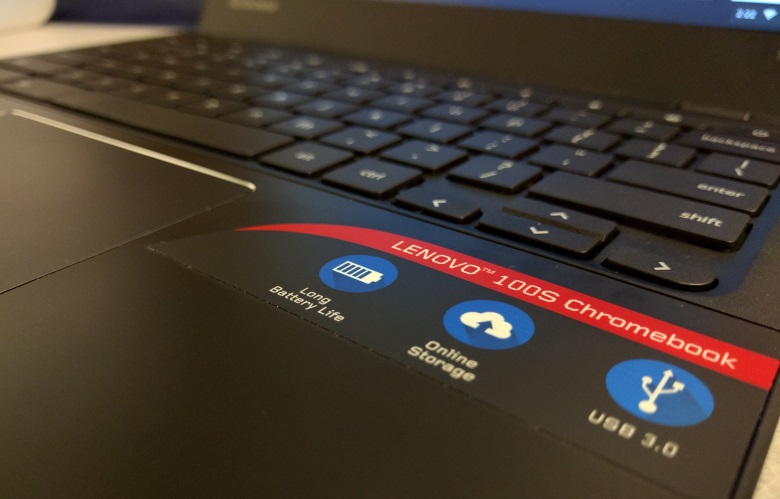 Unlike traditional laptops, or even Android-powered phones and tablets, software isn’t something that’s necessarily “installed” in Chrome OS – at least not in the traditional sense. Depending on the app, a program may be nothing more than a shortcut to a webpage, or it could be something more like a browser extension that offers at least some offline capability.

Google has encouraged developers to build “packaged applications” for Chrome OS using its Package App Platform. These apps are essentially modified Web apps (written in HTML5, JavaScript, and CSS), but have the look and feel of traditional “native” applications – omitting Chrome’s address bar and tab strip. Packaged apps load locally and should be less dependent on the Internet than traditional web apps that load in a browser tab. In our experience, these types of apps are few and far between.

To be safe, just assume that everything is a webpage and needs an active Internet connection to run. Thankfully, the Lenovo 100S has a pretty decent WiFi module and antenna built-in. We were able to successfully connect to our 2.4GHz network and our 5GHz network without issue. Public hotspots were equally as reliable to connect to.

As far as software is concerned, if you use Google’s Chrome browser, you basically know what your experience on a Chromebook is going to be. The original plan was to write this review using the Chromebook itself, however, the 11-hour advertised battery life is pretty accurate and we ran out of juice about five minutes before sitting down to write. Fortunately, we did write other articles using the Chromebook while the Pocketnow Utah Office was being moved from Davis County to Cache County (a move that’s still in-process). The Lenovo 100S could very easily become a long-term solution for writing articles, doing homework, researching topics, or even watching Netflix – with the addition of a good mouse and speakers or headphones, of course. 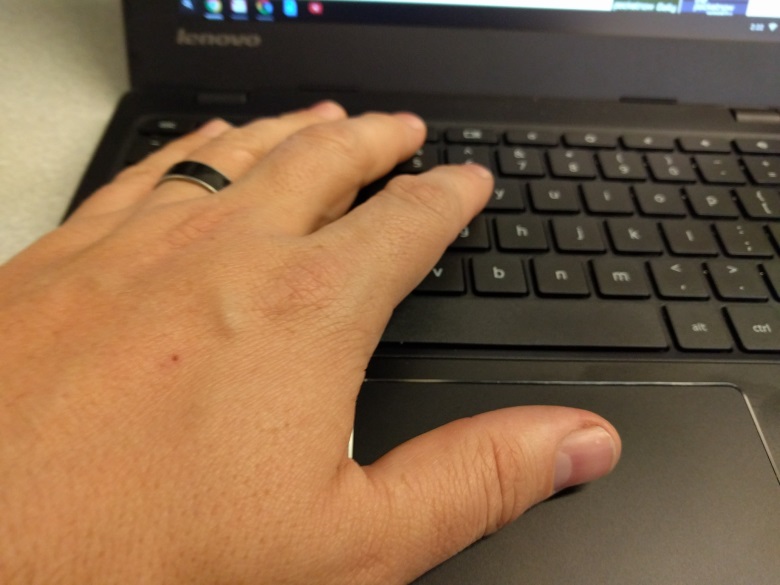 The Lenovo 100S Chromebook is available now and comes in three configurations:

If you need a laptop that you can take with you, as long as you’ll have WiFi at your destination, the Lenovo 100S Chromebook is an amazing piece of hardware for email, document editing, social media, and basically anything you can do through a web browser.

Chromebooks are generally the least expensive laptops you can buy. Their functionality is somewhat limited and you can’t stray far from a WiFi connection. However, for as little as $180 you can buy a lightweight, fairly durable, very utilitarian solution that’s as familiar as the web browser on your desktop computer.

To achieve those prices price, Lenovo had to cut a few corners, but if you’re like us, that price tag overcomes the shortcomings – and then some. The only thing missing are some pants with the bigger pockets.