Learn to build apps for iOS and Android with this bundle

learn how to get started designing apps for Android and iOS with The Complete Mobile & App Development Bundle, and it’s on sale now for $44.99
Published 26 April 2021, 06:00 EDT

In a few short years, apps went from a novelty to a necessity. With that change came a surge of growth in app design and development jobs. Now, learning to build highly effective, fun, and useful apps is a cornerstone of programming. You can learn how to get started designing apps for Android and iOS with The Complete Mobile & App Development Bundle, and it’s on sale now for $44.99, discounted by 97% from $1791.

This App Development Bundle comes packed with 71 hours of content that will teach you to use the tools shared by every App designer. You’ll learn Java, React Native, Git & Github, Expo, and more! By the end of this bundle, you’ll have the skills you need to design apps that can be used for Android and Apple devices.

Courses like “Android Development Course: Learn Android 11 from Scratch” will teach you the fundamentals and best practices of designing apps for Android devices. Android is the most used operating system on the planet, so learning to make apps for Android devices is a sure step into a massive market. This course, like most of the courses included in this bundle, is taught by Oak Academy. Oak Academy is a group of tech experts that specializes in cybersecurity, coding, IT, game development, app monetization, and mobile design, and they’ve been in the game for many years. 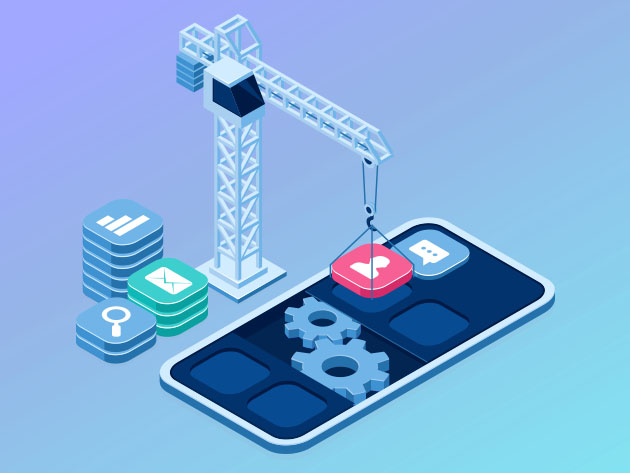 In this bundle, you’ll also learn how to build apps for the next-biggest operating system: iOS. Over 200 of the included lessons are geared toward skills that will make you a keen designer for Apple programs with courses like “iOS 14 & Swift 5: The Complete iOS App Development Course” leading the way.

Lifetime access to all course materials will allow you to learn at a pace that works for you. The knowledge contained in this bundle is as useful as it is foundational, and it’s not likely the foundation for how all apps are designed will change while you give yourself a break from the game or take your time studying. You can get The Complete Mobile & App Development Bundle now for $44.99, on sale for 97% off from $1791.


Pocketnow brings you awesome deals every week. Whether software or hardware, accessories or other gear, we’re trying to offer the best deals you can find out there.

Today’s best smart speaker deals are available at Amazon.com, where you will find the latest Echo Studio and more on sale

We keep getting amazing deals on some of the latest Apple products, including the AirPods Pro, the potent AirPods Max, and more