Last week, we finally saw the wearable Apple has been working so tirelessly on. Here’s what Android Wear OEMs and Pebble can learn from the Apple Watch.

The purported iWatch was one of the longest running rumors in the mobile space, but it was finally put to rest last week when Apple took the stage at the Flint Center for the Performing Arts last week. It announced the two new iPhones, the 4.7-inch iPhone 6 and 5.5-inch iPhone 6 Plus, and the highly-anticipated watch, simply Apple Watch.

Apple covered some of the most intricate details about its upcoming watch in a 10-minute video. It details the design of the watch, the uniqueness of the personalized straps, the UI, and its innovative navigation method dubbed the Digital Crown.

Apple certainly isn’t the first into the wearables space, not by a long shot. But it does have the reputation of hanging back and letting other companies sort out the idiosyncrasies of new technologies while it meticulously works on what it believes is a more compelling, useful product.

Whether the Apple Watch is as innovative and useful as it claims to be, however, is still up for debate. And it will be until the watch hits shelves in early 2015. 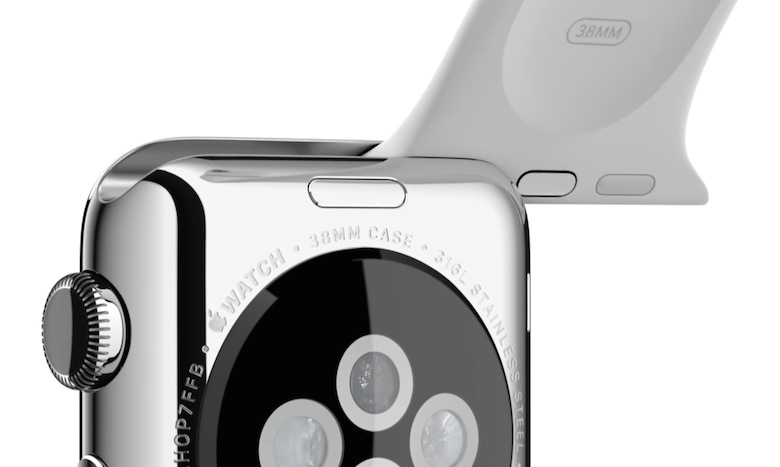 I’ve said it countless times now – smartwatches are the first real fusion of tech and fashion. Some might argue that smartphones are fashion items, and that may be true. But you don’t wear smartphones, and you don’t worry about whether your strap matches your outfit each day. 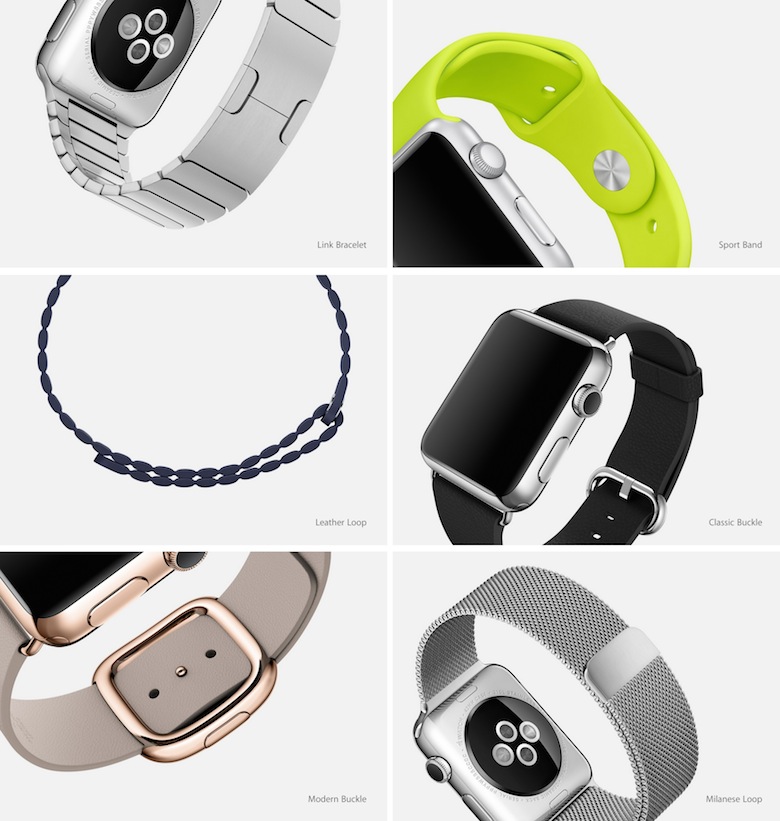 That’s a new challenge with smartwatches that few seem to be tackling. In fact, this is the one thing I miss most about my original Pebble.

Swapping out the bands was easy, and I regularly wanted to switch bands to match my style. I had a bright red canvas band, a brown tweed band for more dressy occasions, and I had a steel strap for dress. Pebble Steel took that easy customization away with a proprietary connector that requires a tiny screw driver to swap between a very limited selection of bands.

And the Moto 360 I just got in the mail earlier today gives me some pause solely because I’m limited to the gray band that came with the watch. I could order a black strap separately, or I could wait a few months and get a steel band for about $80 – fine. But switching out the bands is not easy.

Apple handled this conundrum with style. In typical Apple fashion, it made the connection proprietary, which I’m not exactly fond of, but that isn’t the point. There are two buttons on the backside of the watch body which serve as quick release buttons for the strap. Apple designed several different types of bands which come in a swath of colors and styles – for any and all occasions. Apple maintained one of the most important pieces of creating a piece of technology fashion: the ability to effortlessly personalize it regularly.

Even with the original Pebble, constantly changing bands became a chore.

One size doesn’t fit all 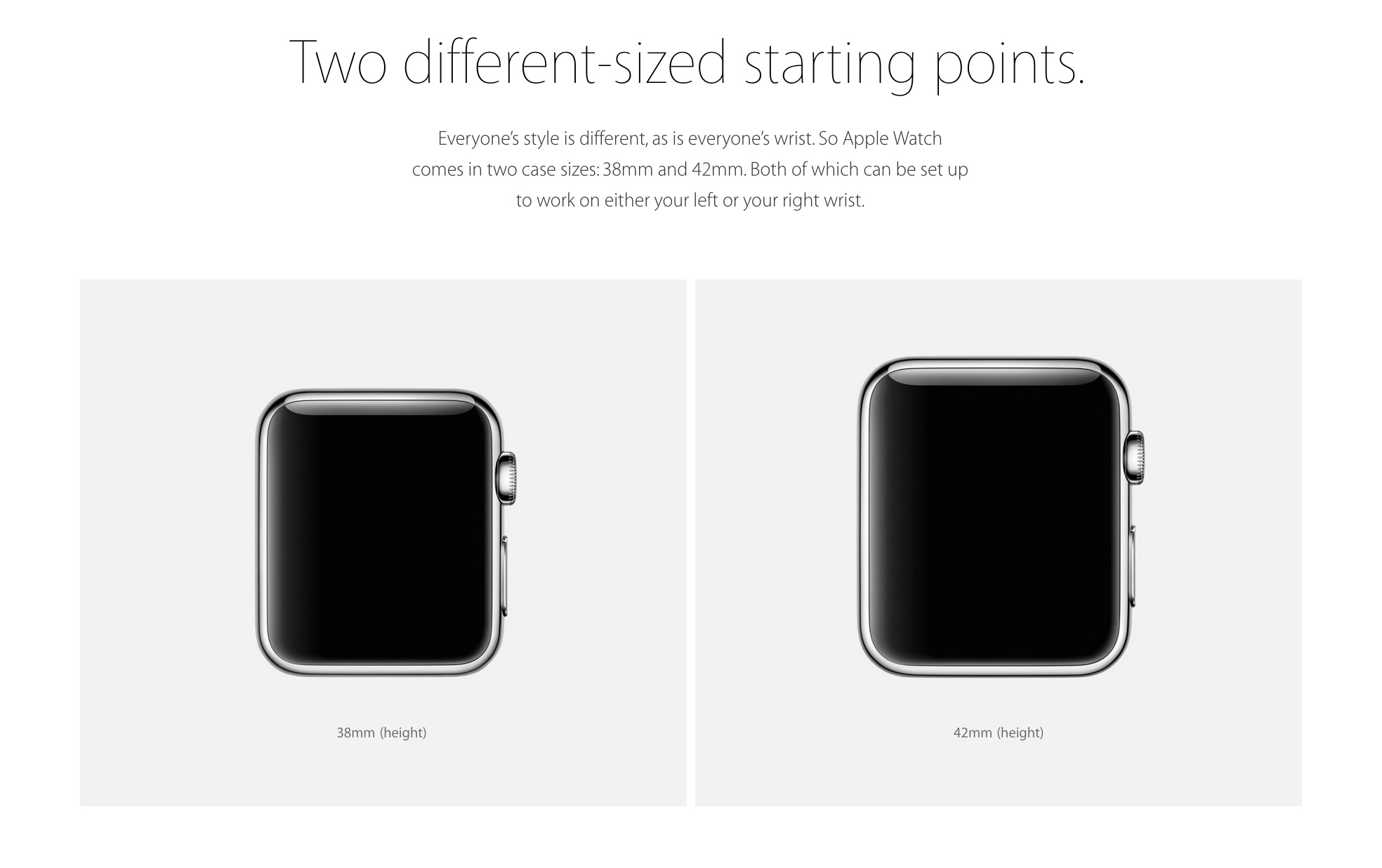 Shrinking all this technology down also poses another problem: not everyone has the same style preference or body type. With the Moto 360, LG G Watch R, Pebble or Pebble Steel, and the dozens of other watches, you get one size. 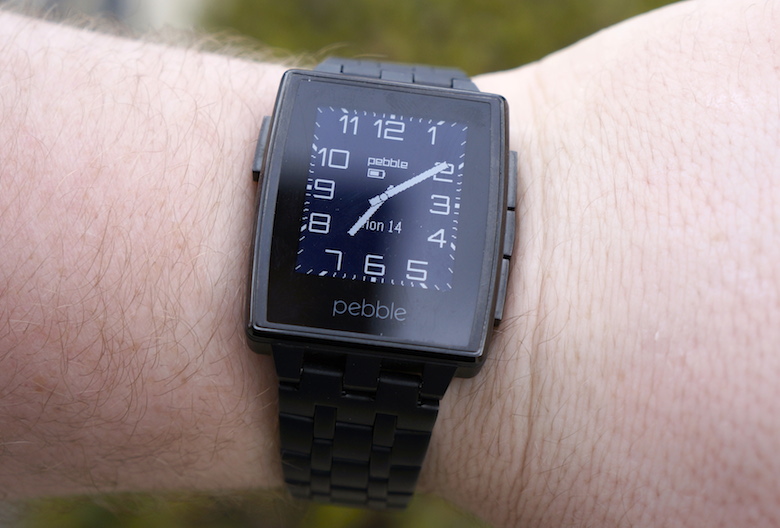 But watches aren’t one size fits all. In fact, when we were in Berlin, our friend Nicole Scott of MobileGeeks kept bringing up the question “Where are the smartwatches for women?” But it’s not just women who have different sized wrists. People come in all shapes and sizes, and few smartwatch OEMs have tackled this issue with grace. Apple, however, introduced 38mm and 42mm cases at the same time.

Pebble Steel is probably the closest to a small smartwatch you can find on the market today. It looks dainty on my giant wrist, but then again, not everyone likes its squared design and hard corners.

Apple managed to walked a very thin line and deliver a selection of watches which will appeal to a broader demographic. 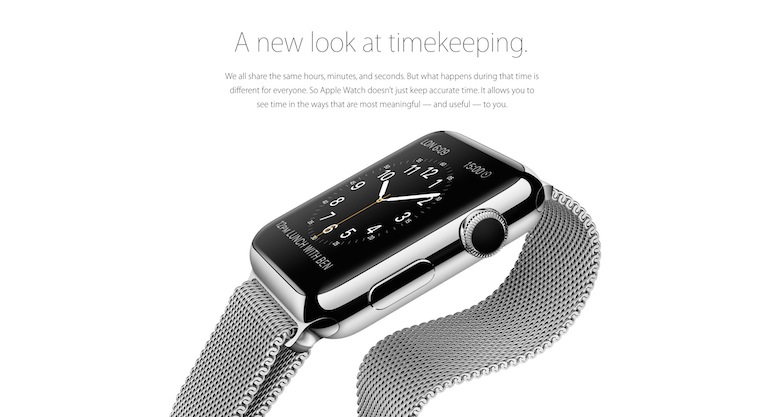 Some smartwatch manufacturers have also lost sight of why people wear watches to begin with: to tell time. At IFA, for instance, Samsung explained in great detail that its new Gear S can stand alone. It has a 3G radio built in and it can answer calls and perform S Voice tasks without the help of a smartphone.

While that’s cool for a limited subset of users, it misses the point.

The Apple Watch comes with the promise of always being insanely accurate (within +/- 50ms of the global time standard). It also comes with the ability to heavily customize and personalize the way time is delivered to you.

We’ll save the UI discussions for until after we’ve had a chance to actually use the Apple Watch, but Apple has definitely put time first. 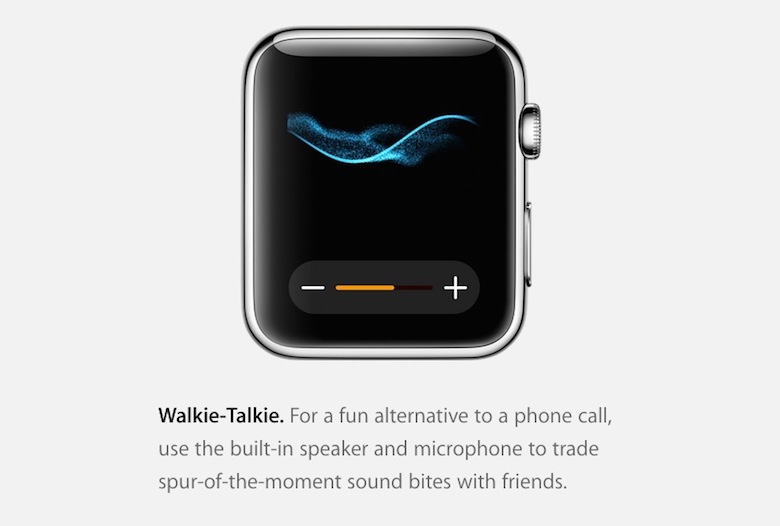 Delivering notifications efficiently is the primary purpose of most smartwatches. But Apple wanted to make sure there was a unique way to communicate with friends and family using the Apple Watch.

Frankly, the ability to scribble messages and drawings between two Apple Watches – or Digital Touch as Apple calls it – is a bit silly and probably won’t get much use off the sales floor. However, there is a tiny feature embedded in Digital Touch that brings me way back to my childhood days and I imagine it will do the same for you. The Apple Watch comes with a built-in mic and speaker, and you can use them as walkie-talkies to send short sound bites to your friends. Count me in on anything that has walkie-talkie functionality.

Meet me at the tree house at 6:00. Bring water guns and S’mores. 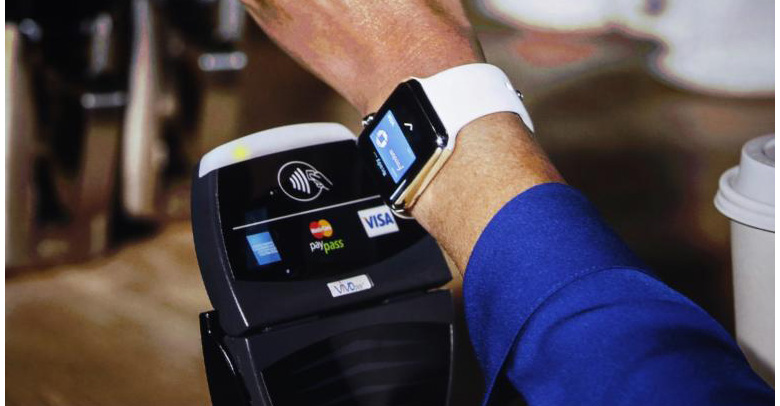 Among all the other announcements, Apple introduced something few were expecting: NFC payments. Apple Pay is Apple’s take on what Google has been doing with Google Wallet for several years now. But like I always say, it’s not about who does it first, it’s about who does it better.

We’ll have to wait and see which method works better and more reliably, but there is something the Apple Watch can do that Android Wear can’t (or at least that I know of, and definitely not through an official app): make payments. Just like with the iPhone 6 or 6 Plus, you can pay for things using the Apple Watch. Double-click the button beneath the Digital Crown and hold the face of your watch near the payment reader. Done and done.

What isn’t clear is how easy it will be to hold the face of your watch to a payment reader (it doesn’t look very comfortable in the above picture), or how fluid this process will go. But always having your watch on your wrist, it certainly makes sense to use it as a digital wallet of sorts.

Frankly, I’m still not sold on the Apple Watch. I’m not a fan of its design and the UI looks … a little dated and undercooked. I understand it’s not a finished product, but it doesn’t appeal to me as a consumer who heavily relies on Google and Android. However, I am excited for the extra competition in the space. It’s going to force both sides of the wearables equation to step up their game and will bring the industry to new heights. Everyone wins.