A fresh set of leaked iOS 13 screenshots teases some of the upcoming features of the mobile OS, including Dark Mode, and other redesigned elements.
Published 29 May 2019, 04:00 EDT

Apple’s WWDC 2019 Developer Conference starts next Monday, June 3, and the company is expected, among other things, to reveal the next version of its operating systems, including iOS 13. 9to5mac has obtained a set of screenshots that tease some of the upcoming features of the iPhone operating system.

Dark Mode is a feature that has been long rumored for iOS 13. As the screenshots above reveal, it will be present, and the user will be able to enable it either from the settings or the Control Center. On the Home Screen, the only visible thing that’s changing in Dark Mode is the background under the dock, which is now darker, instead of grey. The report also suggests that Apple might possibly include a set of new wallpapers which would adopt a darker aspect once the mode is flipped on.

When inside an app, like the Music App in the screenshot above, the background is flipped to true black. The advantages of using dark elements for as large as possible portion of the screen will translate into extended battery life, as OLED displays consume less power when no information is displayed.

A new Reminders app will also be introduced with iOS 13, and it will also arrive to macOS. Additionally, the post-screenshot screen has also been changed by replacing the grey background with a blurred version of your wallpaper, and slightly redesigning the edit/markup bar underneath.

The report also mentions that Find My Friends and Find My iPhone will be combined under a single, Find My, application.

Apple is set to unveil iOS 13 next Monday, with the first beta being available to developers shortly after. 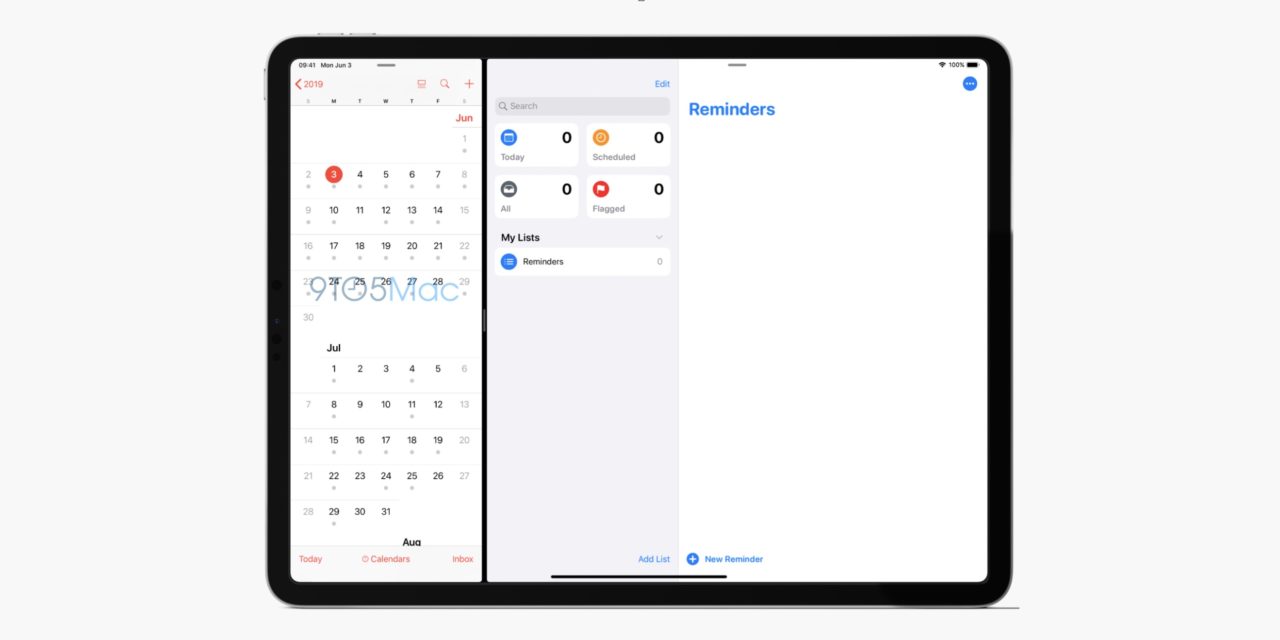 Samsung Galaxy Tab A7 Lite has popped up on the Google Play Console, revealing a MediaTek SoC at its heart, 3 gigs of RAM, and Android 11.