There’s a good reason no one’s talking about the upcoming iPhone 7s and 7s Plus, as it looks like they’ll essentially clone their predecessors’ designs.
Published 21 August 2017, 07:25 EDT

But Apple is actually gearing up to launch three new iPhone editions this fall, two of which should be slightly more affordable and way less remarkable in terms of changes and upgrades over previous generations.

Treated as an afterthought in the occasional inside story dealing with the entire 2017 iPhone family, the 7s and 7s Plus models have long been expected to largely mimic the designs of last year’s 7 and 7 Plus.

Indeed, a fresh round of CAD images “exclusively acquired through a source close to the manufacturing process” by the folks at TechnoBuffalo suggests these are the same exact devices. Same 4.7 and 5.5-inch screen sizes, same hefty bezels, button placement, sensors and.. build? 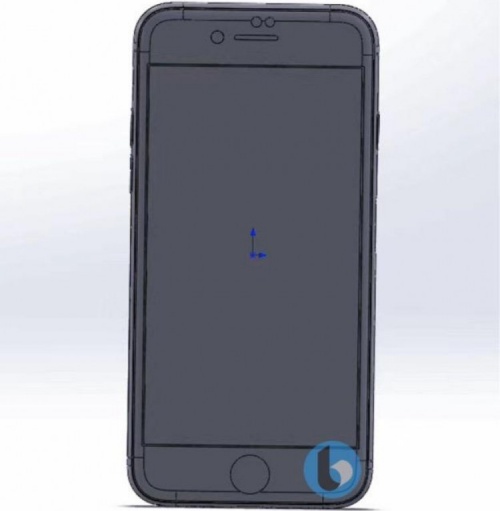 Not so fast, as shiny glass is again credibly rumored to replace metal on the back of the iPhone 7s and 7s Plus, with wireless charging functionality thus enabled, as well as an unrelated jump to home-brewed A11 processing power.

Anything else worth pointing out at today’s likely legit sketches? Just in case you’re wondering, the centered circle on the rear cover is not indicative of a displaced Touch ID sensor, but rather a good old fashioned Apple logo.

On the front, there’s still a haptic home key though, which could also accommodate a physical fingerprint reader. In that case however, the iPhone 7s and 7s Plus would include a feature that’s probably lacking from the 8, aka X or Pro. Not very good for business, right?