Is Nokia planning to give us a feature phone when it supposedly comes back to the industry this year? More importantly, will there be 3 phones to look for?
Published 11 January 2016, 20:17 EST

Nokia had to take a year off of producing smartphones for non-compete reasons from Microsoft’s acquisition of Nokia’s Devices and Services unit. While we’ve had to witness the demise of that decision, Nokia has been beefing itself up with the acquisition of Alcatel-Lucent. And if things go according to rumor, the company is supposed to be coming back to the consumer market with three phones, all of them in testing rounds right now.

The nexus of the rumors centers around a Weibo look that detailed the back of one of those phones. This iPhone-esque prototype — the device even says it’s a prototype — seems to be a pretty solid Nokia N1 mimic as well. That leads Nokiapoweruser to believe that the manufacturing job remains to be with Foxconn.

Then came the front of the phone. 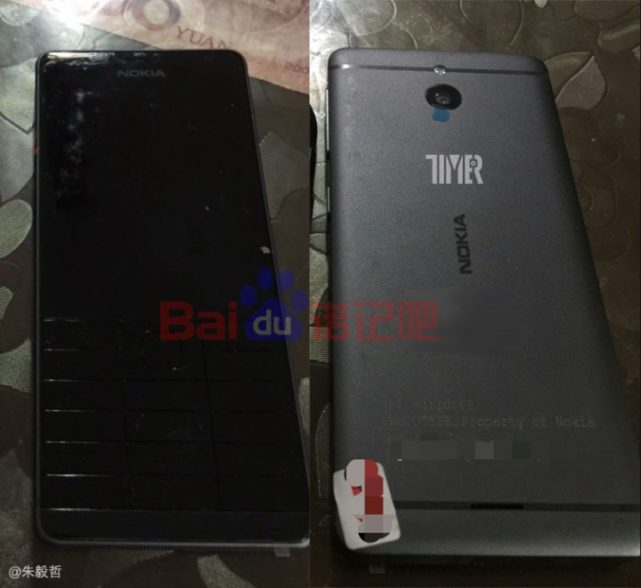 It looks to have a set of buttons associated with a feature phone and a screen that looks close to 3.5 inches in diameter.

The existence of this prototype, real or fake, means little in the scheme of things for now, but if we do see more of these come by our desks, we’ll let you know.