The Lava Red OnePlus 5T is not my Valentine

[alert variation=”alert-danger”]In order to better show off the colors this Lava Red OnePlus 5T exhibits/shifts to, we tried to photograph it in various environments and lighting conditions.[/alert]

Simply put: I loathe Valentine’s Day! I think that if you need a reason, or a reminder, to love someone, or to show it on a particular day, you’re kind of screwed for the rest of the year. Ideally you’d say and do the right things all year long. …so it should come as no surprise that I’m not a big fan of Valentine’s Day special edition smartphones. However, I’m a sucker for red phones, like the Lava Red OnePlus 5T. Guilty! I said it.

The Lava Red OnePlus 5T sold out in the US and Canada. It’s still available in many markets in Europe, so if you want to stand out from the crowd with a vibrant color go for it; people can’t really see that you’re rocking 8GB of RAM from far out, can they? You won’t regret it. 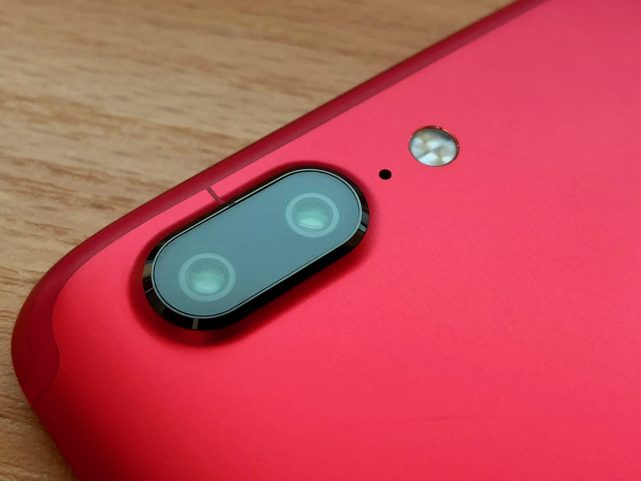 It’s kind of difficult to talk about a color. It’s red. Sometimes pinkish or burgundy, depending on the light. It’s cool. Turns heads, like a sports car cruising down the boulevard. That’s it. Luckily, I don’t have to only talk about the color, as this is my first contact with the OnePlus 5T, red or otherwise.

This is not a re-review, After the Buzz, or a review rebuttal. I like the Lava Red OnePlus 5T, I like its design, construction, and build quality. This is something you can find on many other devices, and it’s as subjective as it gets. 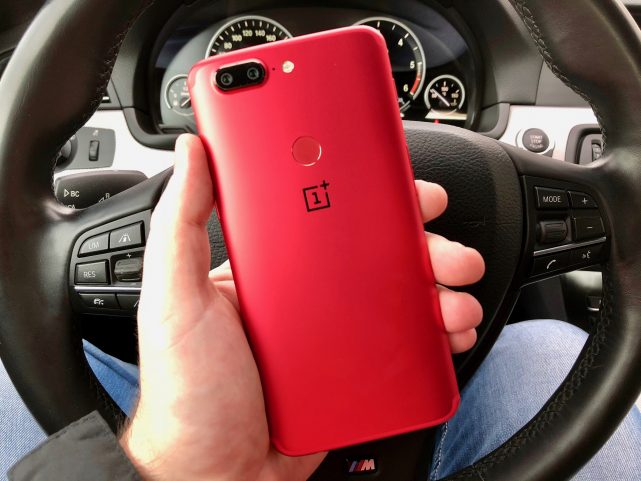 I like the convenience button for DND, the specs, performance, battery life, Dash charge, and the fact that even if the OnePlus 6 is pretty much around the corner, you’ll still be good for two years if you buy the 8GB RAM/128GB ROM version of the 5T, specs-wise. Oh, and it’s got Android Oreo now. If all you care is the aforementioned, consider it. Heck, even buy it, you won’t regret it. It might also be discounted soon.

But I’m not here to praise the phone either. In addition to being my work device, my smartphone should also be my multimedia center. This is where I feel that, for me personally, the OnePlus 5T is not a good fit. Let’s talk about the speakers. Well, the speaker: there’s only one, on the bottom, down-firing. It’s loud enough, clear enough, when you don’t block or muffle it, but in this day and age I expect front-firing stereo speakers. I love my music videos, so please give me stereo speakers. Even if it is the earpiece acting as a secondary speaker, it still gives you a sense of stereo. Many OEMs are doing it. Your turn, OnePlus! 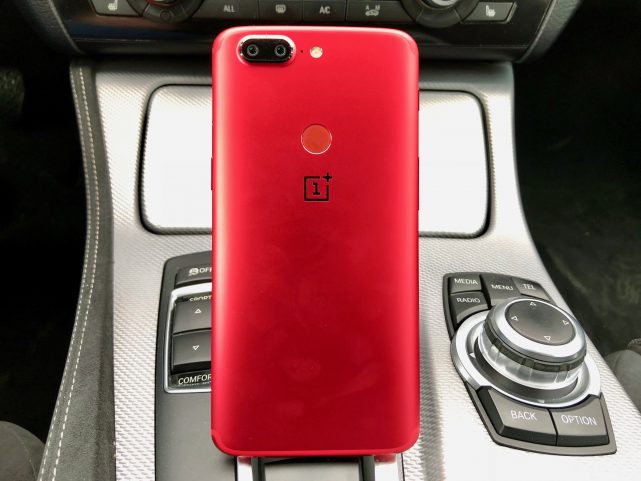 Next, the camera. I never used a Pixel 2 (or XL), so I can’t confirm nor deny the praise it got from the media. But I’ve been back and forth between the Note8, iPhone X, LG V30, all of which are great camera performers. I’m not saying the camera on the OnePlus 5T sucks. What I’m saying is that I’m finding myself missing more shots on the 5T than on other devices. Sometimes the pictures are blurry, sometimes they’re only blurry in the Gallery. Sadly, my time machine is broken, so I can’t really go back and relive the moment. And I can’t always think about whether this shot was a good one or not. The camera is not bad enough for me to agree with reviewers that heavily criticize it; however, it’s not good enough for my personal needs to rely solely on it. 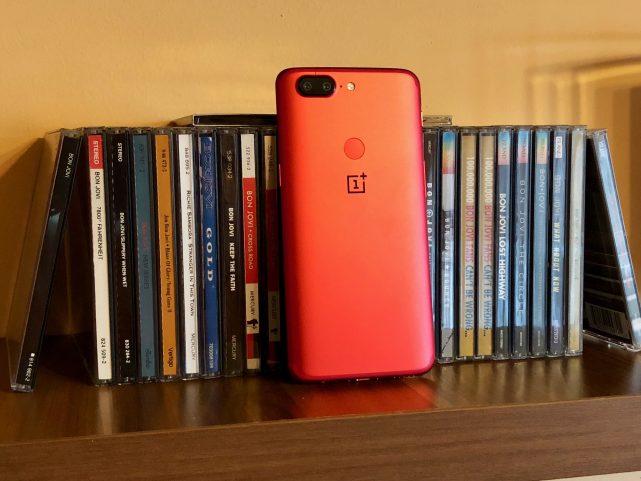 And one more thing: face recognition doesn’t work in low light. Luckily, the fingerprint scanner is properly placed, fast, and accurate. But you do notice it not working when you come from a device that recognizes your face or eyes in pitch-dark.

In a world of black, white, navy, silver, or gray gadgets, I welcome a phone that feels like you’re alive. The Lava Red OnePlus 5T goes for $559/€559/£499 (where available), which could probably burn a hole in your pocket, but we have $/€1,000 phones now. That makes it %40+ cheaper, but definitely not that much weaker overall.

The Galaxy M11 was launched in the UAE two months back.