A new wave of large-screened Android tablets is here, courtesy of Samsung and Sony. Here’s 4 ways their software doesn’t live up to the hardware (yet).

I’ve had some wonderful experiences with Android tablets.

Loading CyanogenMod on the HP TouchPad, an activity I documented in my first-ever video for Pocketnow, filled in some crucial capability gaps left open by the TouchPad’s native OS. Carrying a first-gen Nexus 7 for a week in 2012 taught me just how compelling Jelly Bean in the 7-inch form factor could be. And spending some time last year with the Sony Xperia Tablet Z convinced me that “elegance” and “Android tablet” were no longer mutually-exclusive terms. We’ve come a long way from the days of Honeycomb and the XYBOARD.

But five days with Samsung’s Galaxy TabPRO 10.1 has reminded me that Android tablets still have a long way to go toward delivering a truly exemplary user experience. Our full review of that device will be out soon; until then, here’s some shortcomings of the Android tablet UI seen through the lens of Samsung’s Magazine UX.

Wasted space is a way of life on the home screen … 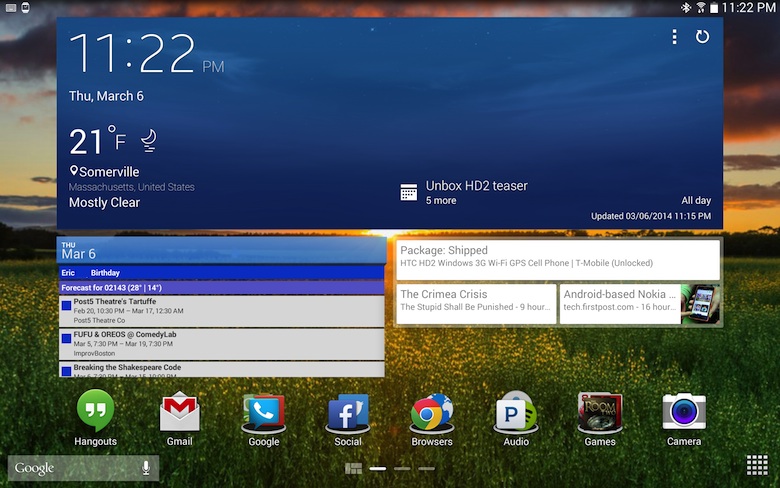 One of Android’s principal advantages over other platforms is the customizability of its home screen, an advantage more visible on tablets than anywhere else. Sure, iOS lets you toss icons into folders and Windows 8 gives you a fairly versatile set of Live Tiles, but only Android allows you to fill every nook and cranny with shortcuts and widgets.

But that’s only if you can find the right nooks and crannies. Despite the constantly ballooning size and resolution of Android tablet displays, the platform’s UI remains stubbornly attached to its roots in smartphone land. Wasted space abounds in the Android world: it ranges from the Samsung-sourced Weather and Briefing widget pictured above, with its acres and acres of empty space reserved only for the occasional cloud animation, to Google’s own Calendar widget just below, with its giant expanse of white nothingness. Yes, the Calendar can be resized to eliminate that, but wouldn’t it make sense for it to dynamically adjust to whatever size the user sets, instead?

… and in many apps 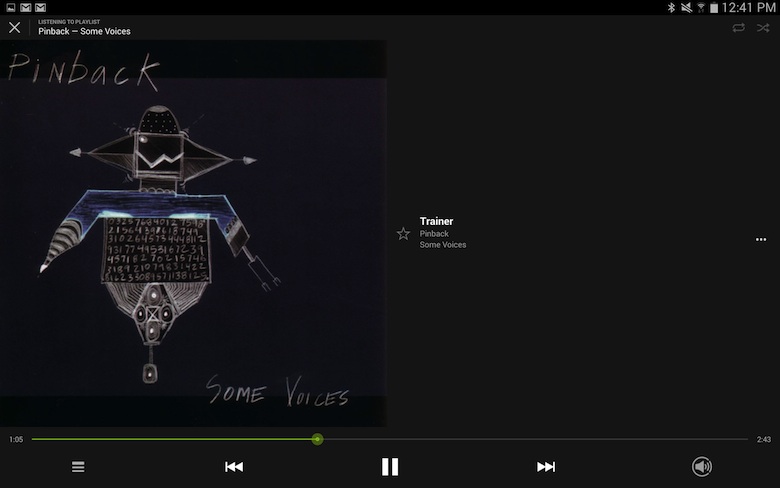 In terms of tablet app support, the Android catalog has come a long way in a relatively short time. We used to author pieces on the horrible state of this ecosystem almost weekly (and we weren’t the only ones), but the renovations Google has made to its Play Store and core Android apps have combined with its incentives to Android developers to measurably improve the experience.

But then there’s apps like Spotify, pictured above. I don’t need to spell out why that’s horrible. Nor do you need any hand-holding to see why the experiences offered by Facebook and Twitter are similarly weak. 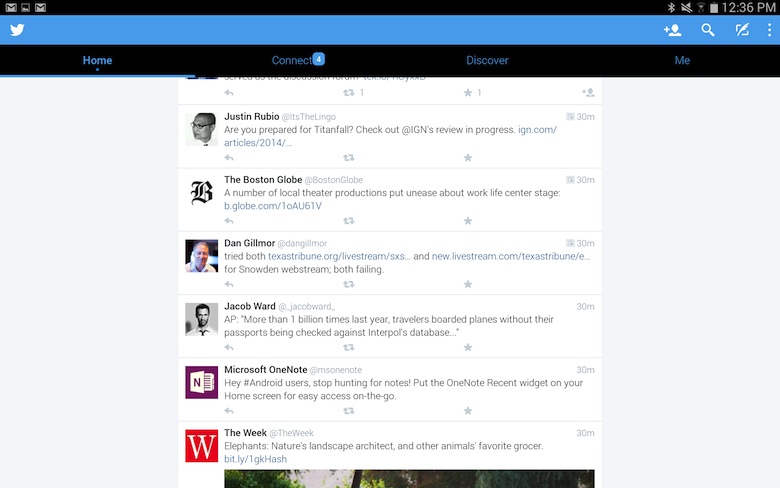 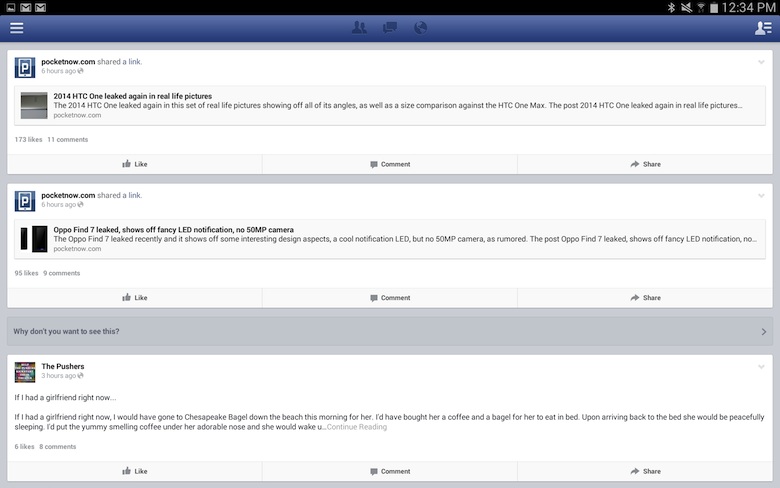 To be fair, the Google Play Store did warn me about all of these titles, clearly stating that they’re “designed for phones.” There’s a lovely section of the Play Store devoted entirely to curating apps which are “designed for tablets” instead, and there are third-party alternatives for both of the stock titles above. And you could make the argument that the blame for these particular failings more properly rests with Facebook, Twitter and Spotify than with Google.

But the average consumer doesn’t care whose fault it is; he or she only sees the apps above on Android, and wonders why they don’t look more like their counterparts on iOS. For a device which, for many, serves principally as a window into apps, it’s incredibly important that those apps look and perform excellently. And many Android titles still don’t.

It can get pretty ugly 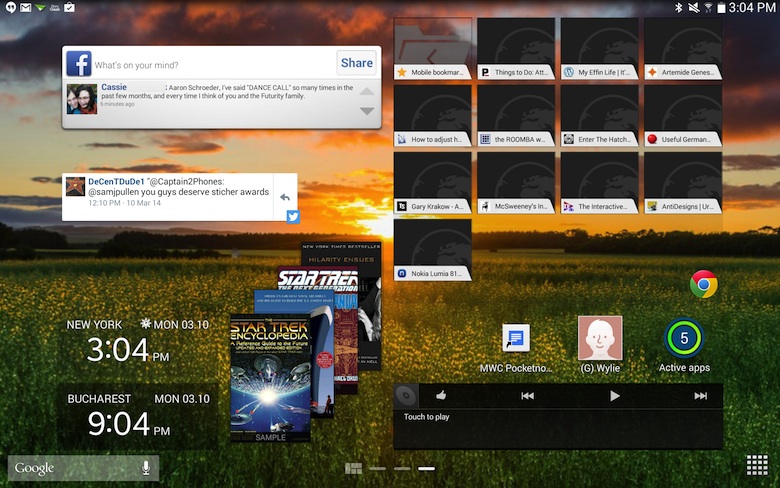 For the above example, I admittedly wasn’t going out of my way to make the prettiest picture – but I wasn’t actively trying to “ugly up” the homescreen, either. The widgets above are a selection of stock Android and stock Samsung widgets, with a light dusting of commonly-used titles like Facebook and Twitter thrown in. It’s a generic assortment of functions a wide swath of users might find useful – and it’s a jumbled mess.

Even sticking with the stock Google widgets and laying them out in something resembling an efficient manner, the picture fails to resolve into something I’d want to look at day after day: 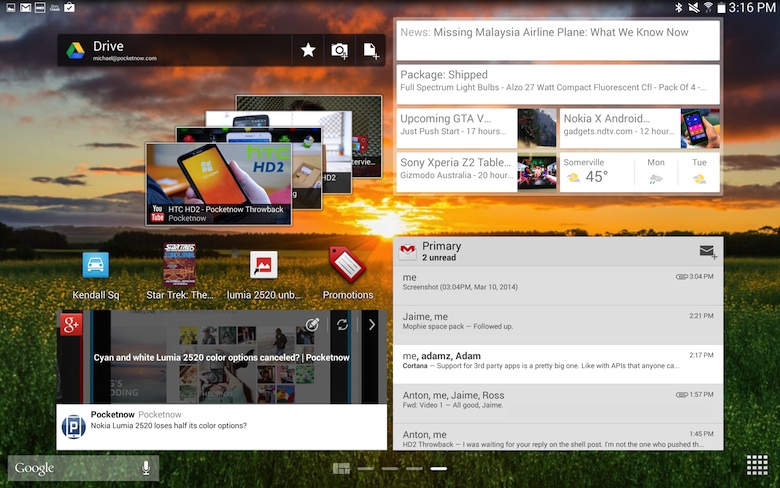 Sure, it’s better than the first example, but there’s still no aesthetic unity here. The widget styles are a mishmash of different themes, colors, and even control paradigms. Some swipe away and others scroll. The Google Now widget often displays “No Cards” even when plenty are available to display. And with only the barest of resizing options, many of them seemingly arbitrary, there’s no way to make it all line up in anything resembling a handsome layout. Visually, it’s a shambles.

Even skins can’t save it 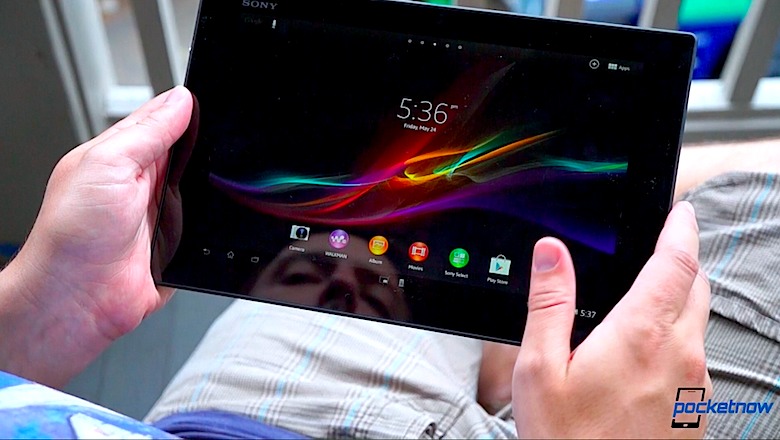 Some tablet manufacturers have fared better than others in their attempts to remedy Android’s aesthetic shortcomings. Leading the pack is Sony, whose third-party interface ties everything together with an elegant, glass-like paradigm whose jewel-style design stops just short of being tacky. It also positions the notification center in the thumb-friendly bottom-right quadrant of the display, rather than its cumbersome position at the top-center of most other Android builds. But even this beautiful, functional skin is subject to the same failings mentioned above.

To its credit, Samsung tried an entirely different tack with its latest take on Android, the Magazine UX we first saw at CES 2014. But due either to rushed development or last-minute changes brought on by the company’s new relationship with Google, I’ve found Samsung’s Magazine UX an underwhelming replacement for its legacy TouchWiz environment (to say the least). More on that in the full review. 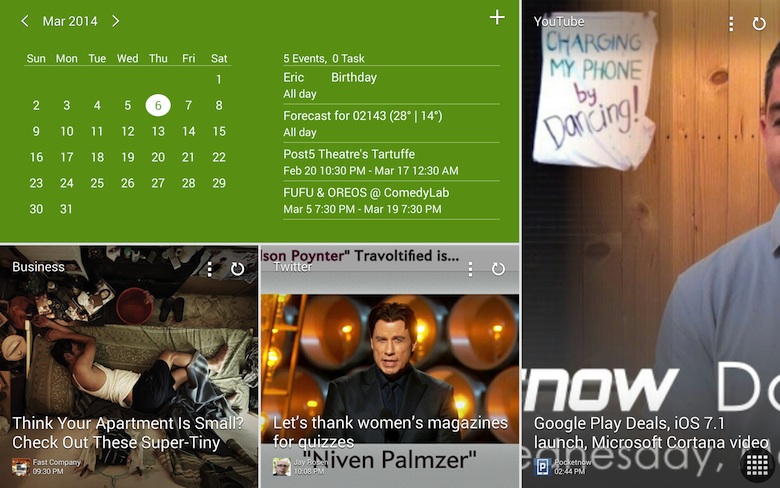 Not everyone cares as much about software aesthetics as those of us in the hardcore-geek community – a fact which the boatloads of Android tablets shipped each quarter will attest. Millions of people the world over are no doubt fully satisfied with a good-enough home screen experience, paired with a catalog of stretched smartphone apps that perform their intended functions well enough. And the smaller the Android tablet, the less noticeable these deficiencies are.

But “good enough” has never been a long-term stop on the road to greatness, and while Android on smartphones has grown into a truly beautiful state in the form of 4.4 KitKat, its tablet-based counterpart has failed to keep up the pace. If Android is to continue as a compelling alternative to Windows 8 and iOS, it needs to compete not just in versatility or power, but in visuals as well – from the core experience all the way to third-party apps. Only then will the “Android tablet problem” truly be solved.

Disagree? We love seeing your own setups: share your beautiful Android tablet home screen in the comments below, then check out our reviews section for our thoughts on the latest Android smartphones and tablets. And stay tuned for our full reviews featuring the Galaxy TabPRO 10.1 and TabPRO 8.4, coming very soon!