Kodak Ektra cameraphone surprisingly expands to the US at $400 with Android 6.0

It’s not technically made by the old, revered and now bankrupt Kodak company, but the Ektra Android cameraphone carries on the brand’s legacy in the US.
Published 26 May 2017, 09:29 EDT

Can you believe Kodak is still around, tugging at the heartstrings of nostalgic Ektachrome film enthusiasts, trying to bring some of its cameras into the 21st century with trendy 360-degree support and even releasing new Android smartphones and tablets?

Well, technically, the 128 year-old American technology company that went bankrupt back in 2012 is merely licensing its once revered brand to Archos and Bullitt, with the latter British consumer electronics firm actually handling the production and distribution of the “photography-first” Kodak Ektra phone.

What’s interesting is that, following a limited late 2016 European release, the Ektra is now going wide in the US, priced at $399.99 unlocked. Kodak is directly selling the mid-range 5-incher through its official website, as well as Amazon.com, and you’re promised full 4G LTE compatibility on GSM networks nationwide, including AT&T and T-Mobile.

No way to activate this on CDMA carriers like Verizon or Sprint, at least not yet, though given its strengths, you might as well use it without voice call functionality. That’s clearly not what the Kodak Ektra is primarily for, and an overall set of mediocre specs and features make it far from ideal for gaming, multimedia or mobile productivity. 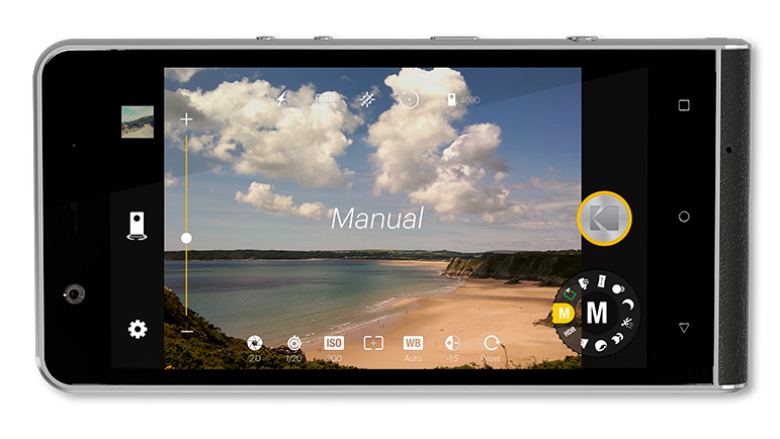 It is tipped to arrive as the cheapest 5G-ready smartphone.