Of the recent Android, iOS, or Windows Phone updates, which is the most innovative? Find out in our KitKat vs iOS 7 and Windows Phone 8 Update 3 breakdown!

In the last month and a half, we have come face to face with major updates to the three most popular mobile operating systems: first iOS 7, then Windows Phone 8 Update 3, and now Android 4.4 KitKat.

The question we’re left wondering, however, is: which of these major updates is the most innovative, warranted, and necessary? That’s no easy question to answer. Each update brought dozens of new features and capabilities to each platform, both in terms of hardware and software.

We’ve parsed all the change logs and broken down each update into several different categories.

One of the biggest things Apple announced at its September event was that iOS 7 would be 64-bit. While many have called this a gimmick, there are obvious advantages, especially for the future. The 64-bit computing will allow for more RAM, faster video encoding and decoding, as well as a smoother overall performance. The other big hardware implementation is iOS in the Car, which is effectively Siri and various iOS integration with supported car consoles. 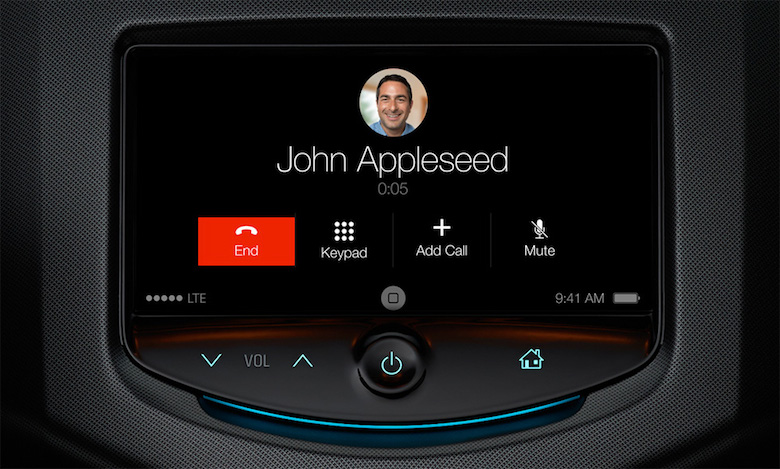 The big upgrade for Windows Phone Update 3 is 1080p support and support for newer processors.

With Android 4.4, the software changes which affect hardware are pretty abundant. Google has drastically improved memory management to help the software run on older or less beefy hardware. This is aimed towards entry-level, budget devices with as little as 512MB RAM. It has also added support for hardware sensor batching, an update which reduces the power consumed by “ongoing sensor activities.” It adds support for step detector and step counter composite sensors for action tracking. It brings two new Bluetooth profiles: Bluetooth HID over GATT and Bluetooth MAP. Finally, it has IR support and Wi-Fi TDLS support.

More or less, the Windows Phone update is little more than evidence of Microsoft playing catch-up in the race for bigger, better specifications. Both Android and iOS have added future-proofing hardware support in their respective updates, and it’s difficult to say exactly which is the most impressive or innovative. 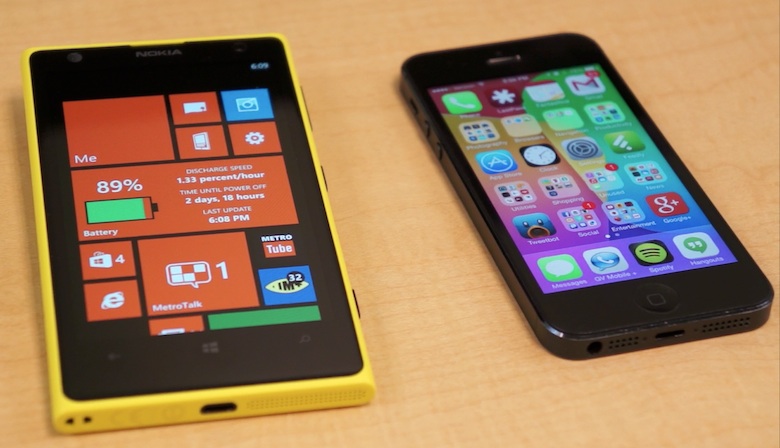 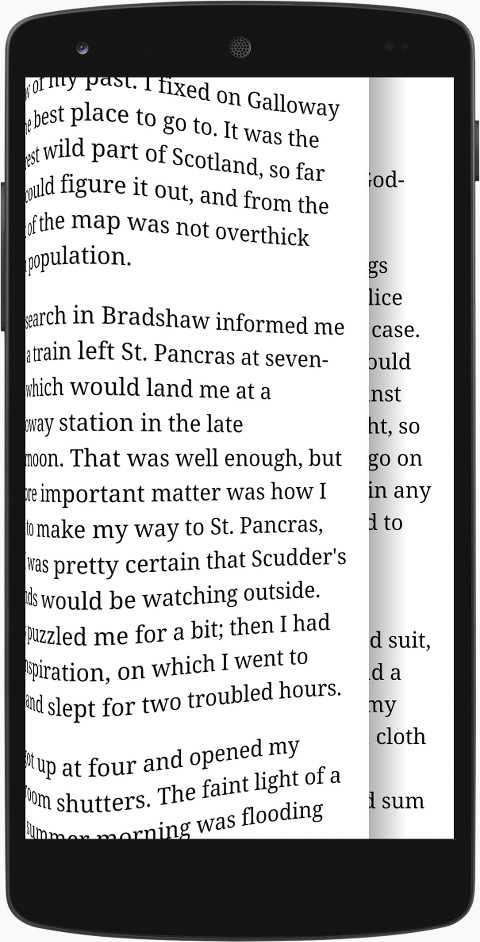 Windows Phone 8 Update 3 brought screen orientation lock and additional room for tiles on the home screen of devices with WXGA resolution or higher and a way to close applications in the task switching menu.

In KitKat, one of the biggest changes is full-screen mode. From the home screen, the system bar is now transparent – application developers can apply this transparent bar to their specific applications, as well. But the best part is that buttons and the system bar can be fully hidden within applications. That means no more on-screen buttons hogging pixels when you need them most. The other changes are pretty minor. The stock set of icons have slightly changed and the blue accents have been swapped with white in the system bar.

The appearance of iOS dramatically changed. Fundamentally, it’s the same iOS it’s been all along, only with a much-needed face-lift. The UI is based upon layers and hierarchy. Pull Notification Center down over the home screen, and you can still see your home screen icons beneath. No UI element went untouched. The 3D appearance was traded for a flat design, everything is noticeably more vibrant and colorful, and, top to bottom, everything sports a cleaner appearance. 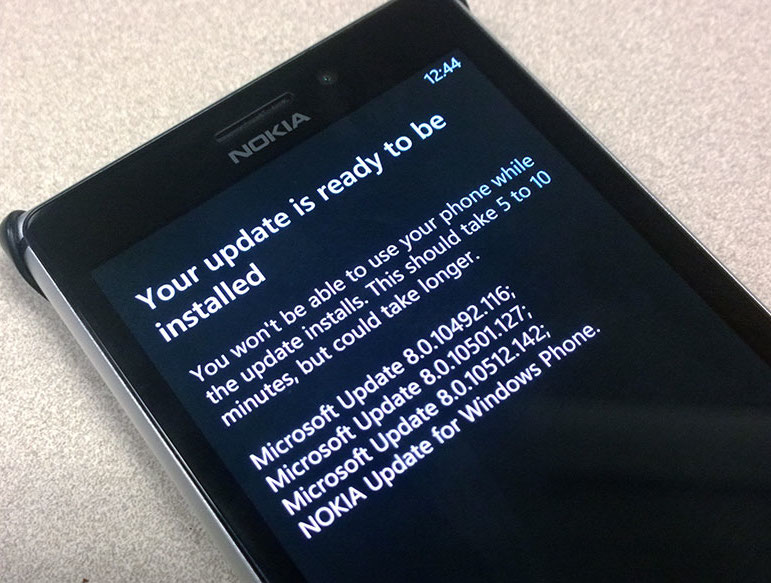 But what about the meat of these updates? What major features did they bring?

Again, of the three, Windows Phone 8 Update 3 is arguably the most feature-light. The ability to close apps in the task switcher was added; a driving mode, which disables all notifications with the exception of SMS and calls while driving, is now present; you can now connect to Wi-Fi during the initial setup process instead of having to insert a SIM card; and you can attach new file types to emails within the stock Email app.

The more impressive features is the ability to share a data connection from a Windows 8.1 device via Bluetooth to your smartphone and easier management of temporary file storage. Microsoft threw in some accessibility improvements for the visually impaired and extended the capabilities of ringtones. And that effectively sums up the entire Update 3 for Windows Phone 8.

Apple’s iOS 7 update is anything but light on features. In fact, there are countless tiny improvements, so we’re just going to hit the high spots. 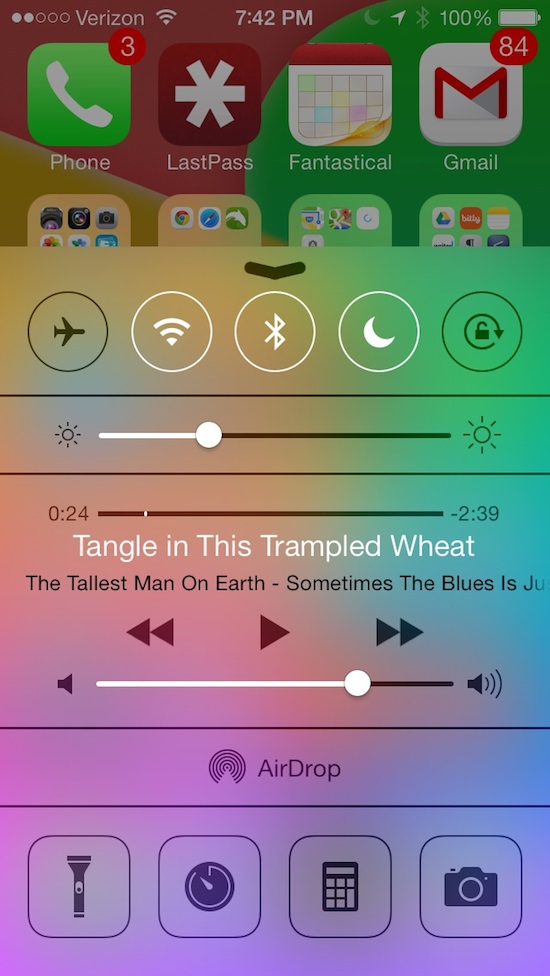 Notification Center was not only given a face-lift, but also better usability. Status updates for stocks and calendar entries can be found in one page, and two other tabs cover actual notifications. The multitasking menu was also enhanced visually and in usability – you can now flick apps upwards to close them or fling left or right to see all recent apps. Apple also introduced iTunes Radio, a free Pandora competitor. More options were brought to the stock camera interface; the Photos application was given the ability to be sorted by years. collections, and moments, or intelligently grouped sets of related photos, based on time and location; and AirDrop capabilities were added, which allow iOS users to quickly share photos and content with those around them. Finally, Siri was updated with some new parlor tricks, such as searching Twitter and Wikipedia.

However, the biggest feature update for many iOS users was the introduction of Control Center, a pull-up drawer which offers all sorts of quick access toggles – Wi-Fi, Bluetooth, torch, Do Not Disturb, music controls, a camera shortcut, brightness slider, and more.

Finally, KitKat. Google added a built-in printing framework to 4.4, as well as a framework for storage access. From a single view, users can access media from several different storage locations, including cloud services. The Messages application is gone. Instead, SMS is now integrated with Hangouts with support for animated GIFs. Google also implemented Chromium WebView, for a better Web browsing experience, as well as system-wide closed captioning in Accessibility options. You can also look up businesses and other contacts directly from the phone dialer. You can speak “Ok, Google” directly from the home screen to trigger a Google Now search. It added emoji support (that was a long time coming).

And arguably the coolest and most unique feature is the added ability to natively screen record. You can record at variable bitrates and resolutions, and share them straight from the device.

Which is the biggest update? 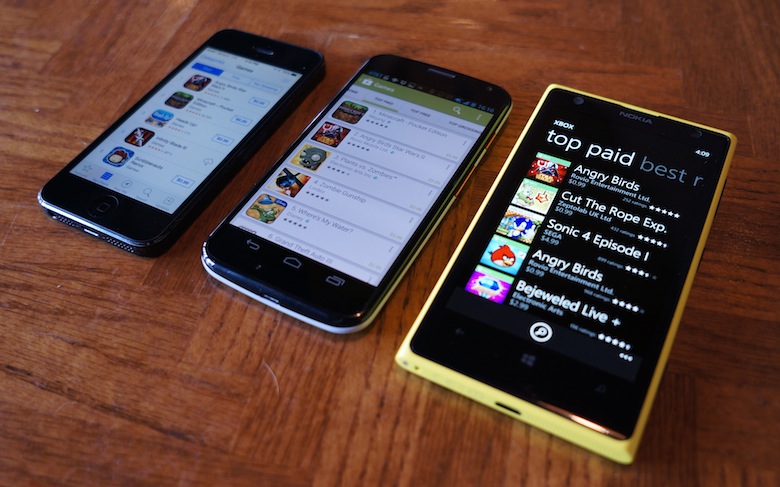 I don’t want to say one update is better than any other. All three of these brought much-needed and welcomed changes and improvements. But there’s a way to break it down more … effectively.

By sheer size and number of feature adds, iOS 7 takes the cake. The change log is unbelievably long, and the operating system looks quite different from before. It’s a more dramatic change than the other two by a very wide margin. But taken at face value, iOS 7 is a UI overhaul with only a few truly new features.

In terms of innovative and envelope-pushing changes, however, Android 4.4 KitKat has an undeniable advantage. Google has added a ton of “first” and also very useful features: new NFC capabilities, printing framework, low-power sensor support, native screen recording, support for RTL (right-to-left, for international users) layouts, new Bluetooth profiles, infrared support, and a handful of other features that not only improve the usability of the platform but also put distance between it and its competitors.

Apple making iOS 7 64-bit can’t go understated, however. So we’ll conclude that iOS 7 and KitKat are close in terms of innovation. But the most recent Windows Phone update makes it quite clear that Microsoft is holding out on us with the major feature changes for the next major point update.